Putting Mali Together Again The Sudanese Role in Libya 2011 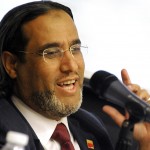 Libya in the African Context

Libyans are perplexed about their new identity. Is it regional: Cyrenaican, Fazzani, Misrati etc.; or ethnic: Arab, Amazigh, African, and Mediterranean? However they find refuge in Islam and comfort in its humanist teachings that encapsulate their “Libyan” nationalism. There is a consensus that Libya is the gate of Africa; and its attachment to the continent is not just political and geographic, but also in demographics. Tuareg, Tebu and Arabs are on both sides of its borders. This is especially evident in certain Libyan towns which share ethnic groups with their neighbors across international broders: in Kufra and Murzeq (Sudan and Chad), Imsa’ad (Egypt), Zwara (Tunisia), and Ghat (Algeria and Niger).

Qadaffi knew the strategic importance of Africa for his dream of becoming a leader of global standing. He set up the World Islamic Call Society in 1974, which over the years channeled literately billions of dollars’ worth of investment into Africa, serving as an instrument of his foreign ministry and intelligence services. It was given a free reign to play in impoverished Africa by converting leaders, tribal chiefs and laymen and women not necessarily to practice Islam, but to champion the “great Islamic” leader’s political agenda and pay allegiance to no one but Qadaffi in return for the hand-outs.

Today, the perception of Africa is not that good amongst Libyans.  Importantly, they see Africa and Africans as burdensome and pro-Qadaffi, except for Sudan, particularly President Omar Bashir for the role that his country played in the revolution, Tunisia, which also supported the opposition, as did, to a lesser extent, Egypt. The newly democratically elected government of Libya needs to unearth the nation’s squandered wealth in Africa, which may be worth billions, and more importantly, to stem the adversary moves by Qaddafi’s immediate family, clan and loyalists if it is to stabilize the country and allow democracy to grow.

Nonetheless, the new Libya must endeavor to put an end to the increasing misery of illegal human trafficking of beleaguered immigrants via the Libyan Desert to the shores of southern Europe, and to address the thorny issues of arms and terrorism in the region. On the other hand, the majority of Libyan politicians and intelligentsia have misgivings about Africa’s direction, but they all agree and there is consensus amongst ordinary Libyans in the street that we need to engage discreetly and brotherly with our African neighbours.  This indeed can be done under the auspices of the United Nations especially the Veto State members, European Union, and democratic/reformed African Union, the Arab League and the Organisation of Islamic Conference. If we do not help Africa today, Africa will haunt our tomorrow.