Sudan and South Sudan in 2013: Rise or fall together A Challenge to Those Working in the Field of Genocide Prevention and Response 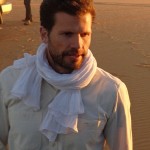 By Jean-Louis Romanet Perroux On January 3, 2013

Of all the protagonists of the Arab Spring, Libya has undergone the most dramatic regime change. In many aspects, Libya has a longer road ahead to build a modern state, consolidate its democracy, and liberalize its economy. This is not necessarily a bad thing, since developing institutions can be easier than fighting against strong old ones. But the breadth and depth of challenges facing Libya today calls for attention, and support. This is a brief overview of the challenges facing Libya along the three dimensions of State-Building, democratic consolidation, and market liberalization.

The most important and urgent institutions to be reformed or built all-together are defense, security and justice, which will guarantee and enforce the social contract.

Gadhafi’s army was organized territorially. Brigades were commanded by members of the dictator’s family, without a formal centralized hierarchic structure. It came out from the revolution extremely weak and divided. The “Libya Shield” emerged as the informal national institution that undertook the task of ensuring defense of the country. This aggregate of militias is roughly organized in three arms, each covering one of the main Libyan regions, and commanded by the strongest city brigades who fought the revolution. Progressively, these groupings are further fracturing into subgroups, each pursuing power, claiming legitimacy and demanding recognition and support from the state. Nevertheless, these units largely act on their own initiative and do not follow orders from the Ministry of defense or from the Army Chief of Staff, as shown during the clashes in Kufra, Sabha and the Nafusa mountains before the summer[1], and even more clearly during the recent conflict in Bani Walid.

The government will have the difficult task of integrating these militias into the restructured armed forces while maintaining unity and discipline among the different factions. It will have to provide this new army with a clear mission, a doctrine to carry it through and a functional national hierarchy under its civilian authority.  Most importantly, the executive newly sworn in will have to accomplish this urgent reform while providing rapid and credible responses to conflicts likely to emerge abruptly in the many hot spots simmering across the country.

The national police is scared, underequipped and severely delegitimized due to its high degree of corruption and ineffectiveness during the Gadhafi regime. Security is now de facto in the hands of hundreds of militias all across Libya, more powerful than the national police, yet unable to control each other. The top Interior Ministry official in eastern Libya recently admitted that it is impossible to arrest a militia member, as it is for members of a brigade to arrest another[2].

While state institutions are not filling the security vacuum, informal ones have emerged. The Supreme Security Committee formed shortly after the end of the revolution, resting its legitimacy on the force it managed to coalesce, and on the silent assent of state officials. But there are serious reasons to doubt that this group, that has strong social ties with government officials, will morph into a successful internal security apparatus of the state.  Firstly, the SSC absorbed entire militias with the inclusion of their chain of command, instead of enrolling individuals as such, and breaking militia groups through a process called “brassage.” Hence, there is no single SSC, and the loyalty of its rank and file is to particular militia commander, ethnic group or communities. Secondly, SSC members lack training, rules and supervision. Under these conditions it is only natural that their increasing power may lead not to enforcing the law, but being above it. Some SSC groups have protected violent actions, such as the destruction of Sufi shrines and Mosques by the hands of Islamists, and the kidnapping of activists that dare to voice their protest against them[3]. But what could be most worrisome would be a drift towards organized crime. Loose groups within the SSC may explore ways to increase their wealth, and kidnapping for ransom is a quick and easy one.

The government will face an enormous challenge of either disbanding the SSC or reforming it into a security force disciplined by law, managed through a national hierarchy, and placed under the civil authority and supervision. Nevertheless this is not simply a technical challenge. The hundreds of militias within and without SSC, many of which are more religiously conservative than what the majority of Libyans have showed to be in the July 7 elections, strongly believe in their role as guardians of the revolution. Convincing them to disarm and demobilize while re-building the army and the police will require assuaging their concerns over cultural and social change. As for those groups driven solely by power and interest, confrontation may be unavoidable, as forewarned by the protest against government and GNC since January 1st, 2013[4]. For them, no offer from the state is likely to be attractive enough to renounce to their current power.

The lack of effective – let alone centralized – security institutions results in a widespread impunity. Tens of former and current civil servants have been killed since the end of the revolution, yet no arrests have ensued, and investigations are rare and at a standstill. The independence and effectiveness of judges is hampered by the lack of security guarantees, and by the volatile security situation due to the abundance of small weapons and armed militias outside of the control of the state. As a result, court decisions are lenient, and sensitive crimes are not investigated and prosecuted.

Moreover, the former regime committed a legion of heinous crimes, others were committed on both sides during the revolution, and some are being perpetrated since its end. The country has an urgent need to address all these transitional justice issues: truth-seeking, prosecution of the perpetrators, reparation of the victims, dialogue and eventually reconciliation between communities.

Existing traditional dialogue and mediation mechanisms are certainly useful, but they are largely insufficient, and Libya needs to develop the capacity and legitimacy of its judicial institutions. Of course Libya doesn’t need to develop necessarily along the traditional western model, but this is not just an important pillar of a modern state. Judicial and security institutions appear to be the only viable and democratic answer to large, numerous and deeply-rooted conflicts in the country. Traditional mechanisms for dialogue and mediation already had serious limitations as a tool to broker lasting solutions under the regime. Agreements lasted for a while due to Gadhafi’s repressive power to impose them. Now that the state is weak, all these conflicts are exploding again (e.g. Zawya vs. WaorShafana; Zwara vs. Ragdalyn & Jmayel, Tubu vs Zweya), along with new ones (Tawergha vs Misrata; Bani Walid). And as we are witnessing, brokered deals are lasting much shorter, or not at all.

Libya is making its first steps in the democratic exercise of managing power and change through and for the people. To define the social contract, embodied first and foremost by the constitution, in a peaceful, transparent and inclusive manner, Libyans will have to define who is a citizen (which entails addressing long standing issues of the Tubu, the Touareg, and of long-term immigrants); define the nature of the Libyan nation, both in religious terms (which pits conservatives against liberals), and cultural ones (such as recognizing the Amazigh language, history and cultural identity); define the role of women in society; define the attitudes towards the diaspora and the bi-nationals. Finally, new opportunities will have to be provided to the youth, which makes up the majority of the population. Tensions about social change exist along three dimensions: the youth versus the old generation, the diaspora versus those who never left, and the religious conservatives versus the secular. In broad terms, the tension could be summed up as pitting liberals, more cosmopolitan and secular, that call for dramatic changes, and conservatives, communitarian and Islamists that lean towards smooth and measured changes.

Besides the specific direction in which Libya will move, one thing is certain: Libyan society and its mores will change, quickly. A democratic Libya will have to provide the political forum and the “rules of the democratic game” whereby diverging expectations can be articulated, voiced, harmonized and translated into policy agendas to be chosen freely by the constituency. Of course, this democratic exercise will need to count on effective and accountable institutions as pointed out earlier.

In Libya over 80% of the government revenue comes from hydrocarbon resources. At the same time, Libya has consistently ranked among the worst countries on earth for corruption. Reforming the management of oil resources to make it transparent and accountable towards the people will be a very difficult task after four decades of a very corrupt system. Another challenge shared by all rentier states is that of developing an economic fabric outside of the state. This will be no easy task, since in Libya the private sector has almost completely been intertwined with the State. This owned most commercial enterprises whereas businesses were monopolized by loyal friends and family members. As a result of this dwarfed private sector, taxation only makes up a fraction of the Libyan national income. On the other side, the public sector is severely bloated. More than half of the labor force perceives a salary from the state, often without even performing any work. To make matters worse, the government relies heavily on untargeted subsidies (such as fuel and food staples), which drain the national resources and fuels cross-border smuggling. Meanwhile, current social protection frameworks are inadequate and insufficient. They do not provide the social safety net that would shield low-income households, thereby allowing a socially sustainable reform of the subsidy system[5]. To believe fiscal sociologists, if this overall situation is not changed, long-term prospects for democracy in Libya are dire.

In conclusion, if the challenges described remained unaddressed, the immediate risk is for sharp conflicts among communities to erupt again, and to spill over into civil disruption and violence. On the long term, the prospect is the polarization of society, which favors extremism, and its atomization, which reinforces patronage and corruption.

Happily, Libya had a very successful election of a parliament (the General National Congress), which was able to agree on an executive cabinet. Now they just have to be enlightened, decisive and fast enough to build institutions, liberalize the economy, foster social dialogue and broker political compromise. Of course help from fellow democracies could be of some use.

Jean-Louis Romanet Perroux is a PhD candidate at The Fletcher School and is currently based in Libya.

[2] Kareem Fahim, Benghazi Violence Is Beyond the Control of Even the City’s Powerful Militias, New York Times 28 Nov 2012, available at: available at: http://www.nytimes.com/2012/11/29/world/africa/benghazi-violence-beyond-control-of-militias.html?pagewanted=all

[4] More than a thousand of the SSC members had besieged the GNC, demanding the resignation of the Prime Minister and the Minister of Interior, and to leave the SSC as a parallel body within the ministry. SSC Protesters at GNC Demand Interior Minister’s Dismissal, Al-Hayat via Libya Channel 2.1, 02 January 2012