AU Report of Summit Meeting between Bashir and Kiir Book review forum: Africa and the War on Drugs 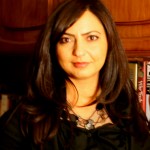 Qatar today is one of the most active regional political players in the Middle East and North Africa region. The small state has played a role in conflicts in Afghanistan, Ethiopia, Iraq, Israel/Palestine, Lebanon, Sudan, and Yemen. In each of those countries, Qatar prided itself on reaching out to warring factions to push them to reach political settlements or rapprochements, in addition to providing humanitarian assistance that both won hearts and minds and had a tangible impact on the ground. Through this multipronged foreign policy, Qatar has been playing a dual role of “everybody’s friend” while keeping within the lines of “good neighbor” conventions in the Gulf, namely vis-à-vis Saudi Arabia.

Yet Qatar was the leading Arab country in the international action against the Qaddafi regime in 2011. Through monetary, military, and logistical support, Qatar supplied Libya’s rebels with weapons and equipment, provided them with infantry training, and aided with their exported shipments of refined petroleum products. It also sent 6 Mirage fighter aircraft in the NATO-led campaign (although they did not participate in strikes). It acted as an interlocutor for the Arab League and Arab states who were pushing for international intervention in Libya, not only through diplomacy, but also through public diplomacy, namely through the Qatar-based television station al-Jazeera, which became the leading voice of the Arab Spring in 2011 (with the exception of the uprising in Bahrain). Following the fall of Qaddafi, Qatar continues to be involved in Libyan affairs, both economically and through participating in national reconciliation meetings, as well as reportedly supporting Libyan rebels even after the killing of Qaddafi.

While some have been surprised by Qatar’s quick embrace of revolution instead of mediation in Libya, this “change” is not a dramatic one. Qatar’s playing the role of mediator happened during a time when the Middle East saw the prominence of authoritarian regimes that appeared durable. As soon as the rules of the game changed with the Arab Spring, Qatar had to quickly adapt its methods to stay ahead of the political game. One could see the origins of this adaptation in the uprisings in Egypt and Syria: in both cases, Qatar was initially hesitant in declaring a position against the prevailing regimes of Mubarak and Assad, particularly because of Qatari rapprochement with the Mubarak regime in late 2010 and with the Assad regime, but as soon as it realized that the uprisings in those countries were likely to topple those leaders, its public stance (and with it, coverage on al-Jazeera) changed. Qatar’s initial hesitation can also be traced to heeding Saudi Arabia’s stance regarding those regimes, as when the revolutions in Egypt and Syria first began, Saudi Arabia called for “stability” rather than revolution.

Qatar’s involvement in Libya also builds on its long relationship with (and subsequent perceived loyalty by) some Libyan Islamists. Since the 1990s, Qatar has hosted a number of Libyan Islamists, mainly from the Libyan Islamic Fighting Group (which had tried to oust Qaddafi before he defeated it, and has since 2011 branded itself as the Libyan Islamic Movement for Change). One such Islamist is Ali al-Sallabi, who had been jailed in Libya on charges related to attempts to assassinate Qaddafi, and moved to Qatar in 1999 after which he accepted Qatari-led reconciliation with Qaddafi and went back to Libya to start an Islamist de-radicalization program. Al-Sallabi and his younger brother Ismail ended up playing prominent roles after the February 17 Revolution, the first as a politician and the second as a rebel leader. In an interview with al-Jazeera on September 7, 2011, the Emir of Qatar said “he believed radical Islamists whose views were forged under tyrannical governments could embrace participatory politics if the promise of real democracy and justice of this year’s Arab revolts is fulfilled. If so, the Qatari ruler said, ‘I believe you will see this extremism transform into civilian life and civil society’”. However, Qatar has reportedly continued to send weapons to Libya after the fall of Qaddafi, sparking concern within Libya’s interim government about the impact of this on Libya’s stability.

Examining Qatari foreign policy reveals a trend that points to a delicate balance that Qatar is trying to maintain: internal and regional (Gulf) stability while claiming wider political influence. Yet this is not without risks. While reaching out to multiple parties can serve to assert Qatar’s position as a leading regional actor, maintain supported groups’ loyalty, tone down extremism, and keep insecurity at bay, it has also meant that the country risks overextending its network of co-opted and supported political actors. Already its desire to influence multiple actors, especially emerging leaders, has led to further engagement with potentially volatile parties like some Islamist rebels in Libya and in Syria. This may hurt rather than serve Qatar’s political ambitions in the long run.

Lina Khatib is the head of the Program on Arab Reform and Democracy at Stanford University’s Center on Democracy, Development, and the Rule of Law.

One Response to Qatar’s involvement in Libya: A delicate balance