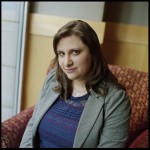 Keeping the focus on responding to victims: A response to the HSR 2012

The 2012 Human Security Report on Sexual Violence, Education, and War (HSR), claims that the occurrence of sexual violence against women, particularly those defined by the Rome Statute as crimes against humanity (rape, sexual slavery, forced prostitution) is decreasing during conflict, while at the same time representations of this violence treat the most severe cases as the norm. Their claims sparked a debate between Andrew Mack of the HSR and scholars Elizabeth Wood, Dara Cohen, and Amelia Hoover Green, which largely focuses on whether gender-based violence (GBV) is increasing or decreasing.  Despite the various conclusions, the fact remains that sexual violence still occurs in many, although not all, conflicts.[i] It is unhelpful to diametrically oppose the knowledge and insights about extreme cases against those with lower levels, particularly if we look from the perspective of aiding women who have suffered this violence. The best tools developed to respond to sexual violence in the most extreme cases offer valuable insights for dealing with a wide range of cases.

As an example, we might explore the way that the Sierra Leone Truth and Reconciliation Commission thoughtfully integrated the intersection of structural and systematic inequities women face with their particular mandate focused on the period of intense violence. The violence against women during the 1991-2002 conflict in Sierra Leone is classified as extreme by the HSR, and the Truth and Reconciliation Commission established in 2002 serves as a thoughtful mechanism for addressing causes and consequences of violence against women. As this example will illustrate, our best tools for helping women do not depend on the severity of the case, but rather what can be learned from best practices employed in cases that have experienced some success.

In accordance with Wood’s argument, sexual violence against women in Sierra Leone certainly fits the description of a “severe case.” Between 1991 and 2002, it is estimated that 250,000 women and girls (33 % of the total female population) were subjected to crimes including rape, sexual slavery and other crimes of sexual violence.[ii]  Acknowledging the severity of violence, when the UN (OCHCR) and ICTJ created the Sierra Leone Truth and Reconciliation Commission in 2001, its mandate specifically addressed the need to “afford special attention to sexual abuse.”[iii] The TRC, though challenged in its implementation (addressed below), was forward-looking to place women and girls at the forefront of the truth-seeking process as victims of specific, targeted violence.

The case of Sierra Leone displays patterns of violence against women accounted for by the Rome Statute of the International Criminal Court and by the Statute of the Special Court of Sierra Leone, a prosecutorial body that co-existed with the Truth and Reconciliation Commission.[iv]  Both bodies legally list the sexual crimes of rape, sexual slavery, forced pregnancy, enforced prostitution, enforced sterilization, and torture, as illegal acts. Furthermore, the Rome Statute explicitly identifies gender-based violence (GBV) as crimes against humanity. However, the Statute of the Special Court in Sierra Leone did not recognize any of these sexual crimes as crimes against humanity (it did, however, delineate rape and enforced prostitution as war crimes).  Despite the clear distinction in the legal definition, the Truth and Reconciliation Commission has recognized violence against women as synonymous with the Rome Statute’s broader, more humanitarian definition of crimes against humanity.  The defining of terms is significant, as it provides a broader mandate for the TRC when looking at gender-based violence in the category of crimes against humanity. War crimes do not have to be widespread and systematic, yet it is clear that the crimes perpetrated by the RUF in Sierra Leone were systematic and structural incidences of violence, constituting crimes against humanity.

The Truth and Reconciliation Commission understood the prior research on GBV and conflict and based its interpretation of the Rome Statute that GBV constitutes crimes against humanity. According to the Commission in Sierra Leone, “women and girls became particular targets of malice and violence during the conflict. They suffered abduction and exploitation at the hands of the various factions of perpetrators. Their vulnerability was deliberately exploited in order to dehumanize them and perpetrate against them the most gross of violations.” While women suffered in the same ways as men, for example through being victims of killing, torture and looting, they were also targeted for their gender for example through rape, sexual slavery or forced marriage, and many nonsexual crimes were committed in a gendered way[v].  Reasons for gender-based violence are commonly identified as a combination of the historical disadvantages women face in society, poverty, community practices that devalue women, and lack of legal rights protecting women.  While this combination existed in Sierra Leone before the conflict, the instances of extreme persecution and even lethal violence that women and girls faced were paramount. Acts including rape, forced sexual slavery, and sexual abuse are common in many conflicts. However, the patterns of torture, mutilations, amputations, and graphic killing of elderly and pregnant women was unique.

The Commission’s decision to explore and report a comprehensive history of women’s legal, cultural, economic, political, and social situations before the war, in addition to the attention they gave to women’s testimonies, was a forward step.  Some might see this as advocacy by the Commission, to shed light onto violence against women as a specific and targeted act in this case. According to author Lotta Teale in her article Addressing gender-based violence in the Sierra Leone conflict: Notes from the field, The Special Court for Sierra Leone (the Court) and the Truth and Reconciliation Commission (the TRC) have both made special efforts to address violence against Sierra Leonean women, “to an extent unseen in transitional justice mechanisms elsewhere.”[vi] The TRC’s explicit mandate providing special provisions for sexual violence allowed it to take the extreme measures necessary to identify and combat violence against women as a form of specific, targeted violence. The TRC aimed to define the problem in innovative ways that can be learned from.  They recognized the causes and consequences of gender-based violence by including an extensive report on the history of women’s issues and status in the country prior to and during the conflict.  The TRC also addressed the need for social reconstruction efforts to include gender sensitivity and focus on the status of women in society, especially women who experienced extreme violence during the conflict.

This more comprehensive response to extreme violence is important to understand and relate to other cases, as this specific TRC can serve as an example of inclusive gender analysis that would benefit any Truth Commission’s fact-finding mandate regardless if the the GBV was systematic and strategic or followed other patterns.  It is also essential when providing recommendations and looking forward to rebuilding and prevention of future atrocities. Some of the specific measures the TRC took and that could be applied elsewhere include:

The Commission not only understood the prior research about women in conflict, but they also took an active role to do something about it. The honesty of the women’s testimonies and the care taken by the Commission to train sensitive interviewers of women who experienced extreme violence shows this consideration clearly. The interviewers were often the first people to encounter the testimonies, and they were carefully trained to screen for risk of retraumitization, health problems, or lack of basic subsistence like food and water.  Not only did they screen for these issues, counselors would “sit beside witnesses while they were giving testimony and provide assistance to them if they needed it. Immediately after each hearing, the counselors would debrief and counsel each witness. Women Commissioners would explain to the women and girls who were to testify about what the process entailed and why their testimony was needed. They would then attempt to draw out the totality of each witness’ experiences.”[vii] If the women testifying broke down, the Commission would adjourn the hearing and help the witness, by counseling them providing support to regain their composure and continue. The statement-takers also took care of the basic needs of the women and were charged with the moral responsibility to treat them with dignity and respect.  This holistic approach to recording testimony enhanced the Commission’s understanding of gender-based violence in the case of Sierra Leone, as shown by the final report.

Creating a space and training personnel to bear witness to the women’s traumatic stories shows the relative success of the Commission to give a voice to women affected by the violent conflict. In addition, women’s active participation in the Truth and Reconciliation Commission enhanced the traditional methods of research and data collection. Many hoped that testifying before the TRC would be therapeutic for survivors, but this was not the goal of the TRC.  Rather, the TRC contributed to fact-finding and assessing the magnitude of incidences of sexual violence.

The haunting testimonies serve as detailed recounts of atrocities. One woman stated what she witnessed at a Truth Commission meeting.  She said, “An old blind woman was given cassava to eat; they (RUF rebels) caught her and beat her to death… Mariama Kalilu was a pregnant woman… When they met her in the room, they split her stomach open and abandoned her until she completely decomposed.”[viii]  The pattern of women witnesses’ accounts of sexual violence and other human rights abuses followed this example. This one example alone does not show much, yet if we look at the Commission’s inclusion of testimonies given by women, many of the witnesses’ accounts were similarly explicit and painful. The extent of suffering of one woman, as witnessed in most of the TRC testimonies, demands to be heard whether this one woman was one among tens, hundreds or thousands assaulted.  The testimonies allow us to understand and respond in ways that are necessary for all levels of scale and intensity of violence.

Although the TRC in Sierra Leone has many lessons to teach, It has faced serious criticism particularly in terms of the need for a TRC and the implementation of its recommendations.  Among the critics are scholars like Rosalind Shaw, Lotta Teale, Tim Kelsall, William A. Schabas, and advocacy organizations including Article 19 and the Center for Victims of Torture. Despite these limitations, however, the TRC provides a strong model of inclusion of GBV in its mandate and process. For example, Teale claims that despite the TRC’s far-reaching attempt to recognize the country’s “gendered past”, the recommendations based on gender have not yet been implemented.  These scholars each cite the shortcomings implementation, despite the detailed account of gender-based violence in the TRC report and recommendations itself.

The traditional role of Truth and Reconciliation Commissions in post-conflict environments has been to facilitate fact-finding, data collection, and to aid legal processes by including the voices of those who may not be represented by international tribunals.  They are also viewed as holistic mechanisms of transitional justice and are key in aiding reconciliation and recognition.  However, the TRC has not traditionally served as an advocacy tool surrounding special issues like gender-based violence.  The importance of engaging and educating the international and state communities is clear, as a possible added dimension of future Truth Commissions.