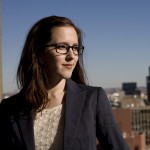 On Luvungi, and the Problem of Evidence in Advocacy

This essay is cross-posted on the blog that Kate Cronin-Furman authors with Amanda Taub, Wronging Rights.

Amanda and I spent the second half of last week at a World Peace Foundation seminar on “Western Advocacy in Conflict.” It was lots of fun. (If your idea of fun involves assorted cheese cubes and extremely detailed discussions of human rights crises. Mine certainly does.)

One of the themes that we hit on repeatedly was the relationship of advocacy to evidence. Because we were discussing Kony 2012 and conflict minerals activism on Congo, this came up primarily in terms of advocacy campaigns that seminar participants felt had distorted or paid insufficient attention to evidence. But it’s a much bigger issue, and one I have been thinking about for a while.

In contexts where the source of human rights abuses is complicated or unclear, advocates must use evidence to demonstrate that their analysis of the cause of the violations is correct, and thereby justify their proposed policy recommendations. As I note in the post linked above, that’s a very different task from the one advocates confront when the source of human rights abuses is clear. In those cases, they collect evidence to document that violations have occurred, and marshal it in support of demands that the violative behavior stop.

The challenge advocates face in situations where it’s not obvious who is responsible for human rights abuses or what would be necessary to halt them is exacerbated by the fact that these are often also situations in which it is difficult to collect information. This problem is highlighted by a controversy about the 2010 mass rape incident in Luvungi currently playing out in the (virtual) pages of Foreign Policy.

In her article “What Happened in Luvungi? On rape and truth in Congo”, reporter Laura Heaton delves into the events at “ground zero of Congo’s rape epidemic.” The August 2010 rebel assault on villages near Luvungi in North Kivu became front page news of the UN’s failure to protect Congolese civilians. The International Medical Corps (IMC) team that arrived on August 6 reported a shocking number of rape victims among the survivors. Ultimately, the UN concluded that 387 women and girls had been raped over the course of the 4 day attack.

In her trips to the area to follow up on the recovery process, however, Laura found reasons to doubt the official account. Speaking with survivors, she had the uncomfortable feeling that “a psychological element seemed to be missing” and thought perhaps the women had been coached. A local healthcare provider told her he had only treated 6 rape victims in the immediate aftermath of the rebel incursion. He said that most of the people seen at the local clinic at the time were treated for disease or for injuries incurred fleeing the rebels, but their records were altered after IMC arrived.

Laura was unable to reconcile what she was being told with what the UN and humanitarian aid workers had reported. She wondered if the numbers had been intentionally inflated, either to draw attention and funds to Luvungi, or, potentially, to protect the identities of the true rape victims.

Responding to Laura’s article, two aid workers who were part of IMC’s team in Luvungi in August 2010 vigorously contest the allegation that IMC misrepresented these events. I spoke with one of the authors, Will Cragin, who said that when he arrived in Luvungi, “there had essentially been no patients seen since the beginning of the attacks” because of the distance to the clinic and insecurity in the area. He added that once there, IMC neither retroactively revised past patient logs, nor classified incoming patients who did not report rape as sexual violence victims.

Will also thought it unlikely that the community colluded in deceiving the humanitarian workers and UN investigators in order to net media attention and aid money. He noted that ICRC and Heal Africa continue to provide psychosocial services in the community and that it’s “hard to believe that [these] women would carry on this story for so long.”

I am in no position to assess the truth of what happened in Luvungi, but the alternate narratives, each supported by eyewitness accounts, underscore what is so difficult about advocacy in complex conflict situations.

If we accept the evidence that the Luvungi numbers were inflated, we’re likely to classify this episode as emblematic of the negative effects of characterizing Congo as a place primarily defined by rape. I’ve written about this before, and share the concerns Laura identifies about the incentive structure created by a disproportionate focus on sexual violence.

But as Will and his coauthor, Micah Williams, point out, rape is a vastly underreported crime in Congo (as it is elsewhere), and “current funding remains woefully inadequate.” If we take the official Luvungi numbers at face value, we might think instead that this is one more piece of evidence that eastern Congo is in the throes of a rape epidemic in desperate need of increased international attention.

The policy prescriptions indicated by these competing interpretations of evidence are starkly different: less focus on sexual violence initiatives or more. Reason enough to be careful about what we think we know, and how we know it.

One Response to On Luvungi, and the Problem of Evidence in Advocacy