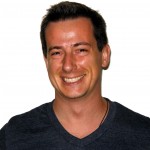 Review: Africa and the War on Drugs

It is devilishly difficult to accurately track and describe the international trade in narcotics. Trafficking routes emerge with startling rapidity, states alternately demonize and then decriminalize different drugs, while fickle consumers spur the development of markets for new types of narcotics overnight. The illicit organizations conducting the trade have every reason to camouflage their activities, leading statistics on production, usage, and trafficking patterns to be outdated or inaccurate.

Nonetheless, the narcotics trade is a vital subject for policymakers and researchers to grapple with. The markets for the most popular narcotics–cannabis, cocaine, amphetamines, and heroin–dwarf markets for licit drugs, such as cigarettes, coffee, and tea. Only the market for alcohol outstrips that for illicit drugs. However, unlike alcohol, the market for narcotics is illegal, in whole or in part, in all countries. Often violent organized crime groups dominate the trade; their operations have been linked to violence, corruption, and the misery of addiction.

Over the last decade, concerns as to the impact of narcotics on African nations have mounted. From crime-riddled slums in South Africa to narcotics assisted insurgency in Mali, governments, NGOs and international organizations have loudly proclaimed the deleterious impact of narcotics production, trafficking and consumption on African states and their citizens. However, the discussion of drugs in Africa has been remarkably un-nuanced. Few have attempted to chart the history of narcotics in Africa, or to pick apart the complicated relationship many African states and societies have with drugs. In Africa and the War on Drugs, Neil Carrier and Gernot Klantschnig attempt such an analysis.

An Atypical Look at a Complex Issue

Africa and the War on Drugs is a compact study that nonetheless digs deep into the minutia of narcotics production, consumption, and trafficking throughout the continent. The authors highlight the longstanding use of licit and illicit mind altering substances in Africa. Coffee, khat, and cannabis have been grown, traded and used throughout Sub-Saharan Africa for hundreds of years. The substances were used in different times and places for ritual, recreational, and medicinal purposes.

The advent of the colonial period led to the introduction of new substances, including alcohol, opiates, and tobacco. The colonial period also led to the introduction of legal curbs on substance use throughout the continent, an effort that had little impact on consumer demand for the sanctioned commodities. The criminalization of narcotics progressed during the independence era, even while new types of narcotics gained popularity. Amphetamines came to dominate the drug market in South Africa, while heroin and cocaine markets developed in East and West Africa respectively.

In Africa and the War on Drugs, Carrier and Klantschnig offer an explicit critique of orthodox thinking on narcotics, and especially the prohibitionist approaches favored by the United States and other international actors. This approach allows the authors to explore the impact of narcotics in Africa from some rather atypical angles.  Acknowledging the history of drug production and consumption in Africa, the authors explore the development benefits that narcotics can yield. Focusing on cannabis and khat, the authors highlight the economic importance of drug cultivation for the rural poor. Africa’s role as a hub for narcotics trafficking, an entrepôt as the authors term it, is also explored. Carrier and Klantschnig argue that the trafficking of narcotics through Africa is not new, as some have suggested, but rather the continuation of an age-old trade. They describe the khat, cannabis, and kola (a caffeinated nut) trade, indicating how traders have linked producing and consuming areas throughout the continent for hundreds of years. Even heroin and cocaine, drugs commonly assumed to have largely avoided Africa until recently, have in fact been traded and consumed on the continent for decades. Shockingly, they note, “in 1989, 40 percent of patients entered southern Nigerian drug treatment facilities for heroin use and 14 percent for cocaine use.”[1] The use of these hard drugs was initially driven by youth who had experimented with them while abroad. However, the authors note that in Nigeria, heroin has rapidly gained in popularity amongst low income populations.

Carrier and Klantschnig also highlight that the socio-cultural context of drug consumption in Africa differs dramatically from what is typically found in Western nations. An example highlighted by the authors is the functional use of marijuana in Africa, where, in some cases, consumption of the drug “enables [users to] work harder at physically demanding jobs.”[2] The ritualistic uses of khat and marijuana are also highlighted.

In discussing the use of traditional “hard drugs” — cocaine, heroin, and methamphetamine — in Africa, the authors reveal the existence of destructive addictions in Africa. The authors explore the impact of hard drugs on South Africa, where epidemics of crack, tik, and mandrax have devastated many urban areas. Desire and desperation for the drugs have fueled the growth of urban gangs and compelled some addicts to engage in the highly risky commercial sex trade. The authors paint a vivid, disturbing picture: while South Africa is treated as unique, it may well offer a window into the sort of destructive drug culture that may emerge in Africa in the coming decades.

Finally, Africa and the War on Drugs argues that that for Africa, concerns about drug related violence are misplaced. The authors view the lack of retail markets for cocaine and heroin, as well as the small-scale nature of the drug groups as inhibiting the emergence of widespread narco-violence. They go on to highlight the different strategies which African states have employed in responding to narcotics: complicity, neglect and repression. Each of these approaches is investigated through the lens of a state; each strategy is found to be wanting. Throughout the book, the authors evince the point that “the war on drugs in Africa is at its heart an initiative driven by Western interests.”[3]

In Africa and the War on Drugs, Carrier and Klantschnig offer up a trove of information on drug issues in Africa.  They succeed in challenging the “stereotypical portrayal of substance use in Africa.”[4] By flipping the argument, asking whether “drugs can help development” or whether illicit narcotics are more harmful or common than licit ones, the authors offer a new way of thinking about drugs on the continent.

However, Africa and the War on Drugs also suffers from its authors’ attempt to go against conventional wisdom. Their focus on the failings of prohibition leads them to minimize the negative impacts that narcotics have in Africa. The authors argue that Africa’s demand for drugs is minimal, and the impact addicts have on society is over blown. They dismiss the proposition that “drugs are a source of widespread harm for African youth, or that their problematic consumption is the cause of social harm.”[5]

Unfortunately, this hopefulness is out of sync with reality. Across Africa there are hints that drug consumption trends are changing. The routing of cocaine through West Africa to Europe has sparked a nascent crack epidemic. From Guinea to Ghana, addicts have taken to the drug over the last five years – in Guinea-Bissau one expert estimated that 20-30% of the youth are active users [6]. The rapid increase in crack use is driven in part by its low cost, ranging from 70 cents a hit in Bissau to $2.00 in Accra.[7] In Nigeria amphetamine production laboratories have been uncovered, potentially signaling the emergence of a destructive new epidemic. Oddly, while Carrier and Klantschnig vividly describe the horror of South Africa’s amphetamine epidemic, they seem to treat it as a unique situation. Sadly, the Nigerian labs lay bare the wishfullness implicit in the authors’ reasoning.

A shift in consumption trends is unsurprising, and in many ways unavoidable. The dynamic economic growth has led, in the words of the World Bank, to the “fastest growing middle class in the world.”[8] The emergence of a dynamic middle class in Africa promises to make the continent a prime market for a host of goods – it is nearly unavoidable that globally popular narcotics, such as cocaine, meth, and heroin, will be amongst them.

Carrier and Klantschnig are correct about the general peacefulness of drug production and trafficking in Africa. However, today’s peace and security may be transitory. An increase in drug use coupled with increasing incomes promises to make Africa’s drug market lucrative. It is highly likely that gangs, similar to those described by the authors in South Africa, will emerge and seek to control drug retail markets throughout the rest of the continent. The situations in South Africa and along cocaine transit routes in the Western Hemisphere are instructive. In both, high levels of criminal violence have accompanied the maturation of retail drug markets. In some countries in the Western Hemisphere, drug related violence has surpassed levels previously seen during civil wars. There is no reason to think African countries are immune from such violence. Speaking of crack addicts in Guinea-Bissau, one government health worker noted, “No police approach them. They can’t because of the condition of these people — they are becoming dangerous.”[9]

Africa and the War on Drugs is also remiss in its analysis of the danger drug trafficking poses to African countries. Drug trafficking and drug consumption are on the rise in countries spectacularly under-equipped to deal with them. As the authors indicate, few public health services are available for addicts. Public security services are often either underfunded or co-opted in their fight against narcotics. An increase in drug consumption will strain the ability of governments to effectively respond, increase opportunities for corruption, and likely degrade already stretched public health infrastructure.

Carrier and Klantschnig should be congratulated for Africa and the War on Drugs. They have dug deeply into an opaque subject, and produced a valuable study. The onus is now on other researchers to follow them, challenging conventional thinking on drugs in Africa, and uncovering valuable new information on this dynamic and dangerous trade.

Nonetheless, their book leaves some key questions unaddressed:, some key questions remain. First, will drug gangs turn Africa into a production point for hard drugs? The authors highlight early 20th century attempts to cultivate both coca and poppies in Africa, while amphetamines are already being produced throughout the continent — will production efforts increase and diversify? Second, what types of groups will emerge to handle retail drug sales? Will they take the form of South Africa’s urban gangs, or the violent, transnational Maras of Central America? Finally, how will African states adapt to the new drug realities? Will they become co-opted and semi-criminalized, as in Guinea-Bissau, approach the issue with benign neglect, as in Lesotho, or ferociously repress the trade, as in Nigeria?