Reclaiming Activism “It is Better to Suffer Once Than to Suffer Twice”: an Assessment of Sierra Leone’s Transitional Justice Mechanisms 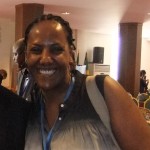 From 20 to 21 April 2013, I attended the 2nd High-Level Tana Forum on Security in Africa, which was conducted under the theme: “Security and Organized Crime in Africa.” In attendance were several heads of states and former presidents, ambassadors, policy makers from regional and international organisations, activists, intellectuals and others. The High Level Forum was convened in Bahir Dar, Ethiopia, and was organised by the Tana High-Level Forum on Security in Africa.

My attendance in the Forum gave me the opportunity to present the plight of victims of human trafficking in the Sinai Desert (mostly Eritreans) in a forum which proved to be the most important forum that I ever attended on this particular issue. One thing that really shocked me was the knowledge gap about the issue that I came to realise among the majority of attendants of the Forum. Many of them, including siting and former heads of state, were shocked to learn that such kind of atrocities are currently taken place in our time and continent without much knowledge at the continent level. Of course to a very limited degree, there was a candid admittance, such as the one I heard from the President of Sudan, Omer Hassan al-Bashir. But overall, the lack of sound knowledge basis I witnessed among the participants was shocking. Some did not even know there were major documentaries by Al-Jazeera, BBC, CNN and other media outlets about the crisis. In a forum which convened to discuss major African issues of security, it was a bit troubling to see the lack of awareness at such a level. It made me realise that the issue was not properly communicated to those who can make a difference. Although a number of other consultations have been made in the past, they were all on non-African forums, mainly at the EU and US levels. This had its own shortcomings, which I hope would be rectified in the future was also addressed to a certain extent by the fruitful consultations and exchange of idea that I made at the Tana Forum.

–     In the short term: I also highlighted the need for a concerted campaign and awareness programmes in the main refugees camps in Ethiopia and Sudan. In addition, temporary education and training programmes must be offered to refugees. Resettlement to third countries, via UNHCR, IOM and other organisations should also be considered.

–       In the long term: The root cause of forced migration in Eritrea should be addressed properly. One major problem is the continued militarisation of the country in the context of the “unresolved” border conflict with Ethiopia. As a result, the resolution of the ensuing stalemate between the two countries is a very important factor in finding lasting solutions to the refugee crisis and the issue of human trafficking.

It was uplifting to see heads of states and other stakeholders promising to do whatever they can do in resolving the crisis, although concrete steps in this regard are yet to be seen in the future. As highlighted by the former Nigerian President, Olusegun Obasanjo, I am hopeful that in the next meeting of the Tana Forum (which would be the 3rd High Level Forum), the stakeholders may come up with more concrete actions, such as establishing a special task force, mandated to follow up on this matter with the required diplomatic and institutional support.