Flawed Politicians, Flawed Peace Winning a War in the Era of Unwinnable Wars: The case of Sri Lanka 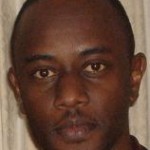 Patrick Karuretwa is the Defense and Security Advisor to the President of Rwanda and a Fletcher alumnus.

As I read Professor Alex de Waal’s perceptive piece on “Reclaiming Activism,” I thought I should not miss this opportunity to, for once, disagree with one of the few “experts on Africa” I have always had genuine esteem and admiration for.

As always, Alex de Waal makes very compelling comments on a real and significant problem: the activism many of us in Africa have come to know –“simplified, simplistic and pernicious”.

De Waal appropriately urges activists to be honest to the facts, and open to inquiry into the facts. But, in this well-written piece, he sometimes fails to do just that.

First–putting on my Rwandan civil servant hat for a moment–de Waal refers to the state of Rwanda as “too militaristic.” Yet, to be “honest to the facts,” he should mention that Rwandan government is the only one in Africa to spend five times less on Defense (slightly more than 3% of the national budget) than Health (15%  – and highest in Africa), and six times less than Education (20%).

Unless Rwanda’s “militarism” would consist in its deliberate efforts to maintain a relatively small but well trained and notably efficient professional army in a neighborhood where more than 30 armed groups operate, including the Front Democratic pour la Liberation du Rwanda led by the same extremists that came close in 1994 to achieving their target in Rwanda: the annihilation of all Tutsi and their Hutu sympathizers. But if, in this context, Rwandans failed to equip themselves with the means to address the very real and immediate challenges they face as a nation, wouldn’t they be “surrender[ing] their own leadership to their supposed foreign friends” to use de Waal’s own words?

Alex de Waal is among the prominent thinkers who participated to the second Tana High Level Forum on Security in Africa in April 2013. There, he heard several speakers express their appreciation for Rwanda leaders’ ability to do precisely what he wishes activists did more: challenge power and the way it is exercised in this unequal world we live in. He heard  ‘African experts’ and ‘Experts on Africa’ praise Rwandans for being honest, not dishonest, in insisting that they should define their problems for themselves and claim the driver’s seat in addressing them, even as they welcome external support.

The policy activists’ narrative on Rwanda and the Great Lakes Region is, I believe, one of the perfect examples of what de Waal describes as “uncomfortable truths that policy activists sacrifice for the sake of simple messages that foreign audiences can understand and to which they can relate easily.” And their lobbying tactics in Washington, New York and London have had far reaching consequences. In the D.R. Congo, Kenya or Sudan they have effectively diverted the world’s attention away from sensible analyses of the problems on the ground, and they have stood in a way of workable solutions.

But beyond the not-so-judicious Rwanda example, de Waal’s larger points are unquestionably valid. His eloquent criticism of contemporary activism is much welcome. So are his calls for real activists that “seek and speaks the truth” and accepts to partner with–and be led by–the affected populations.

This is an accurate but incomplete picture.

The biggest problem with activists like the Enough Project and Human Rights Watch may not be that they are essentially Washington lobbyists, or that they are more focused on their generous funders’ agendas than the problems they claim to help fix. Or it is only part of it.

The other, and more pernicious part of the problem, might be the way public opinion perceives and treats them. Not as what they often are: self-interested actors with hidden biases and prejudices, strategic allies and enemies, as well as opportunistic tactics to achieve their goals. The uncomfortable reality is that many of them care much less about peace or “truth” anywhere in Africa than their institutional agendas. Some are genuine and well meaning, but they rarely acknowledge that their actions sometimes have significant counter-productive impacts. Yet, their neutrality, objectivity and expertise are typically taken for granted.  Any criticism on Human Rights Watch or the International Crisis Group is typically dismissed as defensive tactics from the bad guys. The “designers activists” know this well, and they invest significant resources to maintain this situation.

De Waal has argued elsewhere that “humanitarian international” can have a destructive impact; they weaken recipient governments, erode their accountability and undermine their legitimacy.

But his description of the “honorable vocation and practice of activism” in its ideal form, appears disturbingly similar to the humanitarian claim of political neutrality he, very eloquently, questioned in the past.

Both are delusional. Just like humanitarian aid, much of today’s activism is deeply politicized; it has far-reaching political consequences and harmful side effects. Whether in favor or against Washington, the politicization of international activism is not an accident; it is part of the very nature of the enterprise. This reality should be acknowledged and confronted, not glossed over.

Just like the political powers they criticize, activists need to be subjected to clear-headed skepticism and scrutiny. To be truly “honorable”, they should be ready to challenge power. But they should also be prepared to challenge themselves and accept to be challenged by others. They should welcome critical analysis and accept accountability.