Winning a War in the Era of Unwinnable Wars: The case of Sri Lanka Abu Salim Prison Massacre in Libya is Recognized by the African Union 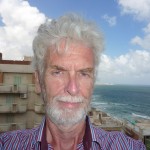 Democratization and the Failure of the Sudan Peace Process

Alex has summarized my book quite well, but with one major exception:  the central theme is the failure of the peace process to oversee the democratic transformation called for in the CPA’s Machakos Protocol, which I contend was the only hope for sustainable peace, both between the two states and within them.  Although The Fate of Sudan is not a theoretical study, it proceeds from a critique of liberal peace-making, the starting point of all peace efforts in Sudan.  As Alejandro Bendana and other critics have found – and the Sudan experience backs them up – liberal peace making is a top-down approach designed to stop violence, but not address its underlying causes, integrate the warring parties into a Western dominated world order, and while it rhetorically supports democratic transformation, it is invariably traded off.

The official sponsor of the Sudan peace process was IGAD, an outfit created, paid for, and directed by a handful of Western states.  IGAD (read the U.S.) then sub-contracted the process to its regional ally Daniel arap Moi who assigned his protector, General Lazarus Sumbeiywo, who long had close relations with the American security services to oversee the process, and thus could be trusted.  Under Sumbeiywo the NCP, SPLM, and the Western participants locked out civil society, other military groups and political parties, imposed a regime of secrecy, and then contradictorily called for democratic transformation.  It was not believable and what followed proved that.

The NCP and SPLM used the CPA to isolate their challengers, while the flawed 2010 elections served to undermine their joint commitment to Sudan’s unity by effectively dividing the country before the referendum – all with the support of the U.S. and its allies who feared that confronting the parties would undermine the peace process.  The needs of peace and democracy were thus held to be at odds and the former prevailed over the latter – which is usually the case with liberal peace making.  However, conflict continued directly or through proxies and allies of the NCP and SPLM in spite of this compromise which also led to the consolidation of authoritarian regimes in Khartoum and Juba.

It is my contention that unless internationals can oversee peace processes that genuinely support democratization they should withdraw, that in spite of their weaknesses local actors not operating at the behest of big powers should lead these processes, and if the belligerents are not ready to come to the peace table then we should ‘give war a chance’.  No one relishes sitting on the sidelines watching people die, but there is no conclusive evidence that wars which end as a result of peace agreements have fewer casualties or are more likely to lead to sustainable peace than wars decided on the battlefield.  Moreover, all too often wars that end with peace agreements that do not involve empowering local people leave them as bad or worse off than when the conflict began.  That was clearly the case with the peace agreement that ended the war in eastern Sudan and it could also be argued that was true for the people of Sudan and South Sudan post-CPA.  Meanwhile, many of those killed in what was billed as a north-south war – indeed, maybe the majority – in fact died as a result intra-south conflicts.  In the final years of the war fighting was largely between the South Sudan Defense Force (SSDF) and the SPLA, and that conflict ended as a result of the Juba Declaration in which the role of the internationals was negligible.  Finally it must be noted that unlike the SPLA, insurgents in neighbouring Eritrea, Ethiopia, and Uganda built powerful mass based organizations able to militarily defeat their foes and were thus able – thankfully –   to keep out liberal saviors from the West.