Atrocities in Iraq: an historical overview, part one When Elections Do Not a Democracy Make 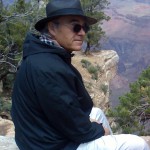 This is Part Two of Kanan Makiya’s essay. Part One can be found here.

The start of the Iraq-Iran war is a fundamental turning point in modern Iraqi history, one whose consequences and legacy continues to be felt today. There are many different ways of looking at the abuses generated by this war but let me start by simply listing the many different victims it bred in its wake:

. First of all are the soldiers themselves, those of them who died and were disabled.

. Then there are the prisoners of war.

. And then there are the families of those prisoners of war, whose lives, there is considerable evidence to show, become unbearable.

. Finally no discussion of the abuses of the Iraq Iran war can avoid looking at their climactic pinnacle the 1987-88 Anfal genocide against the Kurds, a turning point in Iraqi-Kurdish history if there ever was one.

War between 1980-88 was followed by more war in 1990-91. Direct civilian deaths from the bombing campaign are perhaps not as important as the devastation caused by the deliberately targeted destruction of the country’s infrastructure, whose consequences are still with us today. That destruction in 1991 was much greater in scope than its follow-up in 2003.

The first Gulf war, was followed by the 1991 uprising, which introduced sectarianism, and killing in the name of sectarianiasm, on a mass scale. The introduction was initially propagated by the state, but it was soon followed through by the population at large. What we are seeing in Syria today is a repetition of what was first introduced into Arab politics, on a mass scale, in Iraq in 1991. The crushing of that uprising in Iraq was followed by the real killing fields of revenge and regime stabilization in which far more people died than ever died during the allied bombing campaign or even in the course of the 2 or 3 weeks of the intifada itself. Again there is a lesson for all of us from the Iraqi case of what might yet transpire in Syria in that the horrific violence thus far (70-90,000 dead) might come to pale in comparison with the violence that is yet to come if the Assad regime succeeds in re-stabilizing itself and in effect winning the civil war. No human being can wish that terrible outcome on the Syrian people knowing as they must what happened in Iraq in the summer and fall of 1991.

The 1991 Gulf war combined with the regime of sanctions that Iraq lived through between 1991 and 2003, along with the experience of the Kurdish safe haven in the 3 northern Governorates of Iraq, effectively eliminated the “Republic of Fear” I had described in my book. A criminal state began to replace a totalitarian one. Forms of punishment changed, as the state was weakened. One saw, for instance, the re-emergence of ‘spectacle’ as a way of inducing fear and submission in the population (new laws defining amputation and branding, for instance). The rise of a “black” market operated by high-ranking or well-connected Ba’this, arose, something that would have been a criminal offence in a previous era. It is during this period that the relatively well-operating and efficient institutions of the state were gutted, and rendered dysfunctional as medicines and drugs were openly sold on the black market and teachers sold exam questions and the like. The middle class was in effect destroyed during this period, with disastrous consequences for the post Saddam future.

The 2003 war, and the new forms of weaponry associated with it, introduced a new actor, however reluctant, the US army, into the world of Iraqi politics, and it eliminated an old one, the Ba’th regime of Saddam’s Hussein. I see from the memos that have been circulated to participants that the war itself and its casualties, will be taken up by others. I will restrict myself simply to saying on this score that, it seems to me that the 2003 war by itself, and its direct and indirect casualties are not the main or the continuing, or the seemingly intractable problem behind the terrible place the country finds itself in today in Iraq. This is not something we can say about the case of the Iraq-Iran war, whose sorely understudied legacy we still live with and suffer from. It was the complete and unexpected collapse of the Iraqi state, which accompanied the 2003 war, that has given birth to a whole new panoply of forms of abuse experienced by Iraqi civilians in the decade following.

Non-combatant and fundamentally innocent people, who wish by and large to be left alone to live ordinary and mundane lives, never suffer more than when their states virtually disappear from underneath their feet, or are not there to start with. Just ask a Palestinian about what that is like to live with day after day, and year after year. The situation is compounded a thousand-fold if those fundamentally innocent people are former victims, or former victimizers turned into victims, or for that matter if they are former victims turned into victimizers. These are all of course very grey areas, and in the case of the Arabs of Iraq they are even greyer than usual because I think it is fair to say that a majority of them have at different times in the last four decades of the country’s history, been both victims and victimizers, and sometimes even at the same time, as difficult as that may be to imagine.

Now you may have noticed I have not once used the word sectarianism or sectarian politics. This is the new bogeyman, so often introduced to explain the new forms of violence and abuse that have afflicted Iraqi politics since 2003. In actual fact, the term is rarely if ever an explanation; more often than not it is a word touted by politicians, lazy journalists, and some academics, that gives the false impression of an explanation for what is in fact a hard and very difficult thing to come to terms with. Use of the term is convenient for many because it evades the question of responsibility. I mean if these Sunnis and these Shiite Iraqis have been doing terrible things to one another since time immemorial, why hold me or anyone else responsible? In effect, this is what Iraq’s rulers and the Bush and Obama administrations say to their respective publics. And is it not my first duty to protect my own, say the Shiite leaders of the state as they send their soldiers to butcher around 100 innocent Sunni Iraqis in Hawija only a few short weeks ago. Perhaps there were Bathi remnants, and al-Qaeda terrorists, among them. Frankly, even I would be surprised if there weren’t.

The story of abuse in Iraq is about an extremely weak state with an even more bloated repressive apparatus than Saddam boasted at the height of the Iraq- Iran war; it is about settling of accounts; it is about treating the state that has so abused them as nothing more than a ghanima, a place to steal from as fast as one can because who knows what tomorrow may bring.