Atrocities in Iraq: an historical overview, part two Talks Are Key to Change in Syria 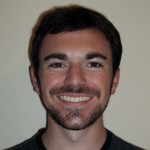 When Elections Do Not a Democracy Make

Since the end of the Cold War, elections have become a standard component of peace agreements ending civil wars. The main reason is that Western governments and international organizations now place greater emphasis on democratic principles and are more involved in brokering peace agreements. Multiparty elections have become the only internationally acceptable way to legitimize transitional institutions and authorities.

But are elections an effective means of achieving democratic governance? The elections Western governments pressed into Sudan’s Comprehensive Peace Agreement (CPA) demonstrate that they sometimes are not. These elections did not lead to the hoped for democratic transformation; instead, they entrenched the authoritarian status quo. One could easily conclude that this electoral outcome was inevitable and that “liberal saviors from the West” should never have involved themselves in a peace process that would only undermine democracy.

Sudan’s 2010 elections, however, were not merely a democratic veil used to mask an undemocratic process. On the contrary, they were necessary if the CPA was to be anything more than a limited bilateral agreement between the National Congress Party (NCP) and Sudan People’s Liberation Movement/Army (SPLM/A). The CPA needed to integrate other actors as soon as possible to gain legitimacy and prevent peripheral conflicts, and elections were the most obvious path toward this goal.

Elections were also necessary to legitimize the national government prior to the referendum on unity or secession. If elections did not take place before the referendum, voters would essentially have to choose between independence, on the one hand, and unity under a nondemocratic government, on the other. Elections were not a misguided component of a Western-orchestrated liberal peace paradigm; they were justified—even necessary—as part of the CPA.

Elections could only be justified, however, if they contributed to democratization. Otherwise, they would neither integrate more actors into the peace agreement nor legitimize unity as an option. But the failure of Sudan’s elections to bring democratization was not inevitable. These elections represented an opportunity for democratization that domestic parties and the international community squandered. Rather than use the elections to condemn the peace process, we should use them to draw lessons that could help promote democratizing elections in the future.

First, Sudan’s elections demonstrated the antidemocratic consequences of opposition disorganization and boycotts. Opposition parties in the north benefited from a large pool of potential supporters, as well as an expansion of political freedoms in the months leading into the elections. Nonetheless, they failed to organize themselves and mobilize voters. They also did not form a coalition—the single most significant factor in determining whether an election promotes democratization. The resulting lack of cooperation led to a haphazard, last-minute boycott—an ineffective opposition strategy. Although opposition parties blamed their defeat on fraud, their failure to organize and mobilize ensured the NCP would win by a large margin even if the election were fully democratic.

Second, these elections demonstrated the perverse and potentially antidemocratic consequences of an independence referendum. The CPA provided for elections after three years, followed three years later by a referendum. But given the monumental scope of electoral preparations, electoral delays were inevitable, eventually pushing elections to just nine months before the referendum. Tying the referendum date to the election date, with a guaranteed period of at least three years between the two, might have positively altered the incentives facing the parties during the elections. With a longer period of unity under an elected government, the SPLM might have more seriously contested elections in the north, and this in turn might have opened political space and mitigated the alienation of northern opposition parties and peripheral northern regions.

Third, these elections demonstrated the potential antidemocratic consequences of issuing international arrest warrants for politicians prior to elections. The International Criminal Court’s (ICC) arrest warrant for Sudanese President Omar al-Bashir effectively eliminated international leverage against Sudan. With Bashir a wanted man, the international community had no carrots to offer and no sticks to use. The arrest warrant also negatively altered Bashir’s electoral incentives. Prior to the ICC arrest warrant, he was considering not running for reelection or may at least have been more willing to share power. But fear of arrest, as well as a desire to reclaim legitimacy, increased the stakes of the elections. Democratization posed risks that Bashir and the NCP were not willing to take.

Finally, these elections demonstrated the potentially antidemocratic effects of complex, majoritarian electoral systems. Although Sudan’s electoral system was designed to distribute power so as to alleviate southern grievances, it did so at the expense of opposition parties (through its majoritarianism) and voters (through its complexity). While Sudan’s electoral system was power-sharing in the extent to which it increased representation for some marginalized regions, it did not promote the distribution of power among political parties in the north.

Due to these and other factors, Sudan’s elections did not cause democratization. They were thoroughly undemocratic and entrenched the control of the NCP and SPLM. While fraud and intimidation did occur, they were probably not decisive in undermining democratization. Instead, the elections became an exercise in competitive clientelism, where voters support candidates they think can deliver resources—typically those closest to the regime.

But the fact that these elections were clientelistic rather than democratizing does not invalidate the justifications for incorporating them into the CPA or discredit Western involvement. A combination of factors could have changed the course of these elections: an organized opposition, a greater window between the elections and referendum, a delay in the ICC arrest warrant, or a less majoritarian electoral system, among others.

One Response to When Elections Do Not a Democracy Make