The Toyota Land Cruiser and its Role in Spreading Terror among African Civilians: Field Observations Violence and Myth in Iraq 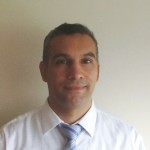 Political Violence and Failures of Nation-Building in Iraq

One important lesson we learned from post-Saddam Iraq is that violence is still an important political tool and it is not only used by the state, but also by groups competing to control or demolish the state. The excessive violence in Iraq was an outcome of nation- building process that was based on exclusion. One reason why I think this is a significant dimension in understanding political violence in Iraq is that historically the worst types of this violence have actually targeted groups or communities that can be labeled as the ‘ internal others’.

The ‘internal other’ is usually a group of people defined by ethnicity, religion, sect, or ideology that is perceived as disloyal to what the state or another group think of as the true nationalism. It is targeted by physical and symbolic violence in a way that aims to destroy it or to mobilize the rest of society against the enemy within the state, or actually to do both.

In Iraq, the term national was always a subject for controversy and disagreement. For example, what we often see as a sectarian conflict is also in a dimension of it a conflict between competing national narratives and, therefore, between ‘exclusionary nationalisms’. Nation building is about power and legitimacy. The narrative on which it is based is important because it aims to define the nation. Exclusionary nationalism is a discourse that draws boundaries between the true Iraqis and the false Iraqis. Symbolic violence always preceded and justified physical violence. A power based on exclusion need an internal other to legitimize its policies.

Let me give some examples about what I meant by referring to violence against the internal others. One of the earliest examples was in 1933 when the Iraqi army attacked villages of Iraqi Assyrians and killed hundreds of villagers. This act was presented as a patriotic behavior against a group that is not inherently Iraqi. In fact the army has become more popular afterwards and this has encouraged it to wage other attacks against mid- Euphrates tribes before initiating the first military coup detate in Iraq’s modern history in 1936. Also in 1941, violence targeted the Jewish community in what is known as al – farhoud, when hundreds of Jews were killed and their properties were looted amid a powerful discourse associated them with Zionism.

In the 1970s, war waged by the state against kurdish insurgents who were portrayed as traitors and proxies of foreign powers that threatened Iraq’s integrity. At the beginning of the 1980s when hostilities with the new Islamic regime in Iran were escalating, tens of thousands of Iraqis were forcibly taken from their homes and sent to the borders with Iran. They were considered Iranian subjects who are not eligible for Iraqi nationality. In the official media they were labeled as a fifth column.

In 1991, there was the crackdown for the insurgency in Shi’a areas followed by a similar discourse an example of which were the articles published in the official newspaper (Al-Thawra) describing sectors of Shia population as instinctively chaotic and questioning their Arab origins as a way of degrading them. Finally, the most recent state-engineered atrocity was committed on April 2013 when the Iraqi army attacked protesters in the town of Al-Hawija . Days afterward, videos appeared showing soldiers killing unarmed protesters while the governmental discourse kept accusing them of being terrorists, Baathists or proxies of foreign powers.

While the previous examples highlight state abuses, dehumanizing and victimizing a certain group also took place between antagonistic non – state actors. During the civil war in 2006-2007, sectarian Shi’a and Sunni groups exchanged accusations of betrayal and of collaborating with foreign powers. Examples if these discourses continue today as sectarian violence has been revived amid an atmosphere of radicalization incited by the continuous failing to develop an inclusive national identity based on a legitimate project of nation- building. Targeting civilians became part of the conflict strategies and not just an unwanted accidental damage. In the dominant thinking among radical groups, ‘civilians’ is a meaningless word. You are part of the struggle by virtue of your belonging to a certain cultural identity. The continuity of this violence feeds the feelings of victimhood by the two sides and shapes their identities on terms that emphasize distrust and mutual hatred.

Excessive use of violence is common in most post-colonial states or countries subjected to state formation processes. However, in Iraq the continuity and intensity of violence indicates that the country is still facing the unresolved questions of nation-building and legitimacy. State violence was both a cause and an outcome for the exclusionary order of power in Iraq. It has been used to impose that order over disloyal social sectors and at the same time it produced feelings of victimhood that generated disloyal ideologies and antagonistic collective memories.

The political entity of Iraq has not been congruent with a single and dominant cultural identity. State’s nationalism was more an ideology to justify a statuesque which has been shaped with no or little regard to indigenous identities and cultures. Violent rather than persuasive mechanisms have been extensively used in imposing state’s authority. A state lacking a genuine social contract tends to behave as an external power that ‘occupies’ the space and deals with its inhabitants as ‘subjects’ rather than ‘citizens’. Therefore, ‘rule of law’ was the state’s instrument to emphasize its authority; it was not an outcome of a ‘social covenant’ that delegates this power to a representative body.

Loyalty was the main criterion according to which ‘individuals’ and ‘social sectors’ were placed in this exclusionary order. Of course, State excessive violence reached its peak under Saddam’s regime. Primordial ties played a significant role in shaping power hierarchy and its exclusionary structure. Regional and tribal identities proved to be powerful associations in providing power with loyal forces. Therefore, instead of developing social cohesion, power emphasized fault lines and re-produced social divisions. Ss a result, a circle of conflicting ‘narratives of victimhood’ started to shape inter-communal relations in Iraq leading to more physical and symbolic violence in a process that solidified sectarian and ethnic identities.

Under Saddam’s regime which produced uniquely brutal oppressive apparatuses, both Shi’a and Kurds, majority of them excluded from power structure, developed narratives of victimhood. While the regime did not define itself as a Sunni one and was no less brutal towards disloyal Sunnis, the fact that most of his senior members originated from Sunni areas led many Shi’as and Kurds to see Sunnis either as tacit accomplices or actual perpetrators.

This relationship has been reversed today as a newly self-defined ‘Sunni community’ is developing its own ‘victimhood’ and feelings of being excluded and marginalized by the Shi’a-dominated government. The post-Saddam Iraq did not break with this legacy of violence but in fact witnessed new patterns of extreme violence. On the one hand, the collapse of Saddam’s regime and its security apparatuses in the context of foreign occupation resulted in new power struggles that empowered sub-national identities. A new conflict about the definition of the ‘nation’ and its historical memory escalated in relation to extreme violence which reinforced boundaries among ethno-sectarian communities. The civil war of 2006-2007 created a new balance of power and emphasized the demographic segregation.

On the other hand, a new political system was shaped to undo the authoritarian legacy and create a polity based on negotiation between sub-national groups defined in ethnic and sectarian terms. It was believed that such a system would help developing a more inclusive national identity. However, the new political and constitutional process was initiated in an atmosphere of violence and faced by the opposition of those who were defined as the beneficiaries of Saddam’s regime. No authentic Sunni participation was secured in the process of constitution-writing and this was endorsed by the fact that during the referendum of 2005, the current constitution has been rejected in every province populated by a Sunni majority.

In addition, by building a system based on negotiation and compromises among sub- national groups, the idea of the ‘nation’ was put into question. While the purpose of this was to accommodate differences and create frameworks for peaceful management of conflicts, it gave political entrepreneurs the opportunity to use communal differences as tools of mobilization. In every important juncture, political discourse tended to emphasize the difference with the ‘other’, repeating narratives based on mutual exclusion.

At the same time, because Iraq is a renter state, conflicts over resources and patronage continue to deepen these tensions. While a Shi’a dominated-government tries to consolidate its power and impose its narrative of Iraqi nationalism, sometimes by mobilizing the Shi’a community, Sunni and Kurdish leaders use a counter communal discourse and mobilize their constituencies on ethnic and sectarian lines. An intensified confrontation between centripetal and centrifugal forces, each with a distinct concept of ‘Iraqiness’, has shaped political conflict in the last years. Violence finds its way again through a new exclusionary policy by the state that targets disloyal social sectors, or through violent attacks by insurgent groups that invest in this environment of social polarization and mutual suspicion.