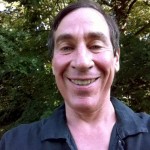 Violence and Myth in Iraq

Still, I believe that learning the truth, in as much detail as possible, is helpful moving forward.Rumours and myths are likely to further poison the atmosphere and impede pacification. So let’s have a look at some of the truth about the violence that has afflicted Iraq since 2003.We will also briefly consider the pre-war period. Consider the following table from “The Weapons that Kill Civilians.” Now let’s look at we call female DWI’s (Dirty War Index) and child DWI’s which are the numbers in parentheses in the fifth and seventh (last) columns of numbers in the tables (13, 2, 28,…and 2, 1 5, … reading down), although these numbers are not specifically labeled as DWI’s in the table. They are calculated as:

Female DWI for a weapon =

Child DWI for a weapon =

Generally speaking, as you moving from 1 to 7 the perpetrators have more control over whom they kill and they kill a lower percentage of females and children. But bear in mind that for most deaths the age and gender of the victim are unknown so we need to be aware that the calculated DWI’s can be sensitive to this incompleteness in the data. I would speculate that the number of non-execution deaths is a kind of barometer of how out-of-control a governorate is with executions thriving in out-of-control spaces.

(Wassit is above the curve because bodies of people executed in Baghdad are often dumped into the Tigris river.They then flow downstream until they are caught in a system of weirs in neighboring Wassit governorate that is meant to prevent lily pads from clogging up the river.)

There are two notable findings in Casualties in civilians and coalition soldiers from suicide bombing. Suicide bombs have hit Iraqi civilians much harder than coalition soldiers. I think that pretty much everybody knows this fact in a general way, but I’m not sure how many people really grasp the extent to which this is true. We found 200 coalition soldiers killed and 12,284 Iraqi civilians killed in suicide bombs between 2003 and 2010. The injured-to-killed ratio for children (1.0) is significantly lower than it is for men (1.3) or women (1.5). We think this is because children are more vulnerable than adults are to succumb to blast wounds so that children injured in blasts they are more likely to die than adults are.

My final point is that there are two extraordinary myths circulating about deaths in Iraq over the last two-plus decades and that these myths complicate attempts to end mass atrocities in Iraq and beyond.

1) The Iraq Sanctions Myth is the fiction that hundreds of thousands Iraqi children were killed due to sanctions in the 1990’s. This myth has caused serious damage:

Lesley Stahl (of CBS News): “We have heard that half a million children have died. I mean, that’s more children than died in Hiroshima. And, you know, is the price worth it?”

Madeleine Albright: “I think this is a very hard choice, but the price—we think the price is worth it.”

Albright’s statement was taken widely as an extreme expression of American callousness.

The myth has been used to spread hatred:

Osama Bin Laden: “More than 600,000 Iraqi children have died due to lack of food and medicine and as a result of the unjustifiable aggression (sanction) imposed on Iraq and its nation,” he said. “The children of Iraq are our children. You, the USA, together with the Saudi regime are responsible for the shedding of the blood of these innocent children.”

In fact, Bin Laden used the myth as one of his three justifications for the 9/11 attacks.

And the myth has been used to justify the war.

This was Tony Blair in front of the UK’s Iraq Inquiry in 2011. But the myth was also used to justify the war prospectively.

2. The Myth of a Million-Plus Violent Deaths in the ongoing Iraq War. The Burnham et al. (2006) estimate of 600,000 violent deaths drew tremendous media coverage before collapsing under the weight of its methodological shortcomings. These mostly revolve around data integrity, exactly where the Iraq sanctions work failed (point 2 above). There was a further bid to stretch the death toll to one million. The original work for this opinion poll, by a firm called Opinion Research Business (ORB), appears to have vanished from the internet so I cannot link to it. These results also collapsed amidst irregular data patterns. A disturbing phenomenon surrounding these gross overestimates has been the way that some researchers ignore the scientific evidence and blithely cite the Burnham et al. and ORB numbers as if they haven’t been discredited.

Have we learned anything in general about how mass atrocities end? I don’t know. I do think that bringing detailed information to bear on the violence helps. I also think that dispelling myths that exaggerate the scale of the violence is helpful. Beyond that I’m not sure….