Violence and Myth in Iraq Democracy, Dictatorship, and Statues 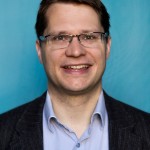 Ambition and activism on the arms trade

The past two decades have witnessed a very large amount of civil society activity on the arms trade. By far, the greatest share has been technocratic in nature. By that, I mean a process by which: the trade is conceptually split into its component parts; areas ‘ripe’ for progress identified; agreements on such areas negotiated at the regional, multilateral or UN level; and they are later implemented into national laws and regulations. While campaigners and activists have been closely involved, much of the work has been led by experts, and has often taken place outside the glare of publicity. Indeed, one of the most important contributions of NGOs has been to provide expertise to delegations from developing countries attending multilateral negotiations.

This technocratic process has been productive. Where I work the walls are lined with rows of hundreds of reports articles and books outlining proposals, agreements, best practices, common standards, model legislation and guidelines on the arms trade. Hundreds, perhaps thousands, of people (including myself) have contributed years of work to building up a web of regimes at the regional and multilateral levels.[i] They have been aimed at implementing goals set out by governments in many international forums, especially work aimed to counter the illicit trade in small arms and light weapons. Now we have the Arms Trade Treaty, which I started working on over 10 years ago. It is the latest chapter in this approach. The Treaty’s 28 Articles contain many very useful measures which if widely and properly implemented, will serve to prevent (or at least reduce) some of the most egregious aspects of the arms trade.

This technocratic approach has very many supporters within civil society. As one person with decades of experience in arms control remarked recently: I don’t want to make headlines, I want to improve the way that a customs official does their job.  Such an approach has a strong justification. Any change of the way that the arms trade is conducted rests upon reforming the decisions made by countless employees of governments and industry around the world. Many small steps, over time, add up to real progress, which has been made since the end of the Cold War.

As a researcher at a peace research institute I’m naturally most concerned about the supply of arms to wars. Here we can see some change over the long run: the flow of illicitly trafficked weapons to wars from stockpiles in post-communist Europe has been greatly reduced; it’s now normal for any peace process to be followed by extensive programmes to collect and dispose of arms; and UN arms embargoes are used much more frequently and are routinely assigned panels of experts which investigate violations. The wider context is a long term decline in both the number of wars and of battle deaths in those wars.[ii] While we are a long way from being sure about causality, we can assume that if there is a close relationship between arms flows and warfare, in this respect at least the world’s arms transfer regimes haven’t made the problem worse.

However, the technocratic approach is not without problems.[iii] It involves working closely with governments. Gaining their trust. This relationship inevitably involves compromise. There is scope for civil society to set the agenda, but any change in policy is ultimately is limited to what governments will accept. More importantly, the vast majority of funding for these endeavors by civil society has come from a handful of governments.[iv] They, then, effectively act as gatekeepers and can decline to fund activities not deemed to be useful. The often warned danger is that NGOs risk becoming conservative or even co-opted.

More importantly, profound problems with the arms trade remain. The supply of arms to wars and other violent actors is one problem with the trade. While we can point to some restrictions on exports to war zones or governments that abuse human rights, they certainly haven’t stopped. The EU’s decision to lift its embargo upon the Syrian opposition being the latest example. Two other problems are the unnecessary diversion of resources from the civil sector to the military; and the corruption, power politics and influence peddling which subverts and undermines democracy and the rule of law. On these two themes there hasn’t been as much progress. The last decade has seen significant increases in the annual trade in both major conventional weapons and small arms and light weapons.[v] The trade has boomed to some US$ 60 billion per year, all resources that weren’t being spent upon schools, hospitals and other much needed spending on civilians. Moreover, the arms trade is still replete with incidents of gross corruption and shadowy links between military, intelligence and industry which circumvent the rule of law (especially concerning arms procurement).

As a researcher and occasional activist, I’m not just concerned with the minutiae of bureaucratic reform. The underlying relationships of power and influence between companies, armed forces, politicians and officials are of course important. From the perspective of research we have to understand them in order to comprehend how the world works. The technocratic approach works where it is allowed to take place. But on its own it won’t engender a much more far reaching systemic change. I’m now 41 years old. By the time I’m 82 (and actuarially speaking very near my deathbed) I’d like to have seen, at least a dramatic reduction in the size of the trade and an end to the problems described in the previous paragraph. For that to be achieved, I think we’ll need more than the slow progress of the technocratic approach. Instead, we’ll need a radical and comprehensive change to relations between states, their armed forces, and military industries.

Looking forward to activism after the Arms Trade Treaty, civil society needs both approaches, and they can be self-reinforcing. The technocratic approach offers improvements that are being achieved now and in the short term. Moreover, any systemic reform will ultimately come down to changes in behavior by governments and industry. Drafting and monitoring changes in the rules can well be done by people already steeped in bureaucratic procedure. But civil society also needs to ask why those same states are producing and exporting arms at all. We need a more radical agenda to expose the cozy relationships between politics, industry, the military and intelligence which lead to vast sums of unnecessary expenditure on arms; the subversion of laws and principles at the heart of democracy and the rule of law; and the supply of arms to authoritarian regimes.

So the task at hand is to get the Arms Trade Treaty ratified and implemented. The campaign for it started 16 years ago in 1997. But let’s also think about how much more we can achieve in the next 15 years, and let those thoughts be ambitious. Civil society should ask for more than it thinks it can get.

[iii] Such criticisms are of course not new. On the field of small arms activism see for example Aaron Karp. 2007. ‘Escaping Reutersward’s Shadow.’ Contemporary Security Policy  Vol.27, No.1, pp.12–28.

One Response to Ambition and activism on the arms trade