The African Union’s Principled Stand on Egypt Review of Human Trafficking in the Sinai: Refugees Between Life and Death 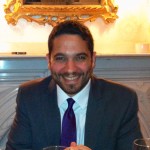 The repercussions of the military coup in Egypt continue to cover the headlines. Demonstrations calling for the reinstatement of the ousted president Muhammed Morsi began days ago and at least 51 people died1 when the army opened fire. This prompted various responses to ease the ongoing tension, and to bring back absent stability. A close look at the major newspapers in Arabic, and specifically in Egypt, sheds light on the heightened tension, and the actions and reactions of political players on the ground.

The most important issue in the newspapers was the responsibility of the killings.  Al Ahram, mostly owned by the government, emphasized the army’s position and statements. It cited the spokesman for the military saying “the demonstrators were incited to commit violent acts, and to target military installations”2 In another piece it reported that one officer was killed and a number of soldiers were injured – six of them in a critical condition – when an armed group tried to storm the Republican Guards quarter in Salah Salem Street3. The armed group had weapons, ammunition, and white arms but there was no mention of how many demonstrators killed or injured. In a separate piece the army warned against violence, and pledged its commitment to protect peaceful demonstrators4.

Al Ahram was not the only newspaper with one-sided coverage. Al Masri Al Yaoum, another pro-coup newspaper, reported that white arms were also discovered in the headquarters of the Justice and Freedom Party5 as if it is possible to conduct a counter-coup with knives and axes. Another headline read “Health Ministry: No children or women among the casualties in the “Republican Guard skirmishes””6, though the number of victims inside the piece. And finally, the newspaper reported that the presidential office said that the formation of the government will continue, and will not hinder the implementation of the agreed upon political map7.

The pro-Muslim Brotherhood news outlets promoted their own version of the story. Al Wasat newspaper published the full press statement of the Justice and Equality Party8. The statement declared that the demonstrators were massacred by the army and the police, and those who died were martyrs. The statement also called on Egyptians to rise up against those that hijacked the revolution. The website also posted a YouTube video titled “the army’s snipers killing peaceful demonstrators by the Republican Guard quarters,” in one scene a young man with blood on his shirt was rushed to a microbus, and in another a soldier holding an AK-47 sitting on the rooftop with a cameraman beside him9. Beside shots, apparently, being fired in the air on the background, there are no evidence the soldier deliberately targeted demonstrators.

The official Muslim Brotherhood website, Ikhwanonline.com, focused more on a gambit for hearts and minds. One headline said “The field hospital: authorities attempt to efface the identities of the martyrs”10 it cites only one doctor claiming the clothes of civilian victims were exchanged with military ones. It also cites another field doctor – or probably the same one – saying the army shot at the demonstrators while they were praying, and as evidence of that many shot wounds were in the back11. Many of the pictures in the news pieces it posted were either of demonstrators holding pictures of Morsi, or victims with blood stain; keeping in mind that both did not comment on the press conference held by the military later that day.

Luckily, amid all this mayhem the voices of moderation were not toned down. In the Shorouq newspaper Fahmi Huwaidi, a columnist and a moderate Islamist, wrote an article worthy of attention. He asserted that Egypt faced two challenges after the revolution to maintain: stability, and economic growth; today, however, Egypt should focus on the continuation of the democratic process and to stop the shedding of blood12. In a similar vein, Al Youm Al Sabea published a press statement by Masr Al Huryeh Party, headed by the secular Amr Hamzawy. The statement called on an immediate investigation of what happened, the inclusion of all segments of the Egyptian society in the political process as long as they shun away violence, and the right for peaceful demonstrations. Finally, the London based Al Hayat newspaper cited Muhammed ElBaradaei,13 former presidential candidate, and Ahmed Al Tayeb, the Al Azhar mosque imam,14 both of whom condemned violence and called for restraint.

In the heat of the moment it is normal to take extreme positions and call for extreme actions, but regret reigns once the dust settles. What is happening in Egypt is polarizing the nation, and what needs to be done is not necessarily to amend the differences as much as to create an agreed upon political system in which the whole of the society can partake; and obviously this is where the voices of constraint and moderation are most essential.