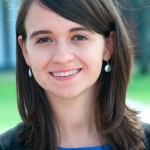 Review of Human Trafficking in the Sinai: Refugees Between Life and Death

Over the past five years, the horrific phenomenon of kidnapping and torture of refugees in the Sinai desert has received limited attention.  The publication of Van Reisen, Estefanos and Rijken’s Human Trafficking in the Sinai: Refugees Between Life and Death will hopefully help to draw greater focus to this crisis.  The report blends analysis of the crisis with personal testimonies from victims, both those currently held in captivity and those who have escaped or been released. It shines an important light on a crisis that has received limited international attention, documenting the dynamics of the kidnapping and ransom process as well as outlining policy recommendations for key actors.

As the authors outline, over the past several years, refugees from Eritrea, Ethiopia, and Sudan are kidnapped, either from refugee camps or while in the process of attempting to travel to a new destination, and held by Bedouin tribes for ransom.  They are often sold several times, with each new buyer seeking more ransom money from their family and network.  The victims, including children, are held hostage for months or years and face horrific torture and sexual abuse.  Many of the victims die from torture or are killed by either the hostage-takers or Egyptian military on the Egypt-Israel border following their release. The authors’ data suggest that the kidnappings are intensifying in duration and brutality, and possibly in magnitude, as of late 2012.

The victims’ vulnerability to exploitation stems from their status as refugees and from the limited protection they receive as they attempt to seek safety. In refugee camps such as Shagarab, victims are abducted from the camp or the surrounding area, while refugees crossing borders may be sold by their guides or smugglers into captivity. As in other cases around the world, it appears that tightening border controls may be heightening refugees’ vulnerability to trafficking, kidnapping, or other abuses. The timing of the escalation in hostage-taking appears to coincide with the beginning of greater cooperation between Libya and Italy, making passage to Europe through the Mediterranean Sea more difficult, encouraging refugees to turn to transnational criminal networks in an attempt to reach safety. These networks may smuggle migrants to Israel or Europe, but they may also turn them over to actors such as hostage-takers.

Given the regional nature of the problem, a coordinated and aggressive response is needed to protect refugees.  The report includes a series of recommendations for the affected countries, European Union states, and relevant UN bodies. In addition, the U.S. can help to encourage action by placing a strong emphasis on this issue when evaluating Egypt, Eritrea, and Israel’s anti-trafficking efforts for the annual Trafficking in Persons Report.  This report assigns each country a grade based on their actions to combat trafficking.  Eritrea has consistently been rated a Tier 3 country (the worst rating) for its officials’ complicity in trafficking among other abuses. However, Egypt’s more moderate Tier 2 rating is undeserved, considering that it has been unable to better protect victims from torture and enslavement within its borders and that its guards routinely shoot migrants, including kidnapping victims, near the Egypt-Israel border. Israel’s refugee policies, under which migrants are often detained or not allowed to enter Israel, also fail to protect released and escaped victims of trafficking.

The authors’ findings provide new evidence of the gravity and horror of this crisis.  Hopefully, their research will spur greater action on the part of the relevant actors to protect refugees and counter the criminal networks profiting from their exploitation.