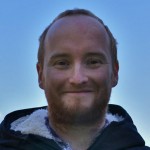 South Africa has played a central role in conflict mediation across the African continent in the past two decades. This short piece will examine some of the core pillars of the South African approach to conflict mediation and the promotion of stability on the African continent, including quiet diplomacy, transitional power sharing and transitional justice. Seen within the context of South Africa’s growing influence within the AU, the efficacy of this approach warrants renewed debate, especially in light of recent events in Sudan and Libya.

A central aim of South African foreign policy since the nineteen nineties has been to reintegrate the state into the international community following its isolation as a pariah state during the apartheid era. Unsurprisingly, the largest arena of South Africa’s focus has been in the African continent itself, and successive ANC leaders have recognised that their country’s fortunes are inexorably linked to those of the African continent as a whole. Promoting peace, stability, democratisation and economic growth were thus framed as the cornerstone of Pretoria’s foreign policy[i] and reflect a broader goal of establishing a new continental order in Africa.[ii]

South African officials have successfully established themselves at the forefront of conflict mediation efforts across the continent including Burundi, Sudan, Zimbabwe, Swaziland, DRC and Cote d’Ivoire among others. This has served two primary functions: first, to try and mould a distinctive foreign policy identity as a champion of Africa and ‘African solutions to African problems’[iii]; second, by positioning itself as a continental leader and placing itself at the centre of African conflict mediation, Pretoria has sought to calve out a niche position in the international community as the bridge builder between Africa and the outside world, thereby augmenting its status as an emerging global power.[iv]

The approach adopted by South African officials is heavily influenced by the country’s history. As Habib notes: ‘Its actors, the ideas they express, the interests they represent and the institutions they craft are all crucially influenced and impacted upon by the democratic transition and how it has evolved’.[v] Their experience of the ‘miracle transition’ imbues policy makers with a belief that South Africa is uniquely placed to export this model of peaceful transition to the rest of the African continent and beyond.[vi]

Although no catch-all blueprint exists, the South African approach can roughly be summarised as having three core pillars. These pillars are geared towards producing inclusive peace settlements which, Pretoria hopes, will prepare the ground for long-term democratic consolidation, regional stability and prosperity.

First, there is quiet diplomacy. Rather than engaging in what it perceives to be the ‘megaphone diplomacy’ of Western states towards Africa, South Africa has generally avoided denouncing incumbent state elites when they perceive the participation of these elites in the peace process to be essential to sustainable democratic transitions: to publicly denounce them and severe ties would risk alienating these elites and jeopardise the whole process. Pretoria takes a stand that it is more productive to gently (and quietly) cajole each side behind closed doors into making compromises and agreements. Infused with the experience of the late 1980s and early 1990s, South African leaders have a strong belief in encouraging familiarity among protagonists, giving them space to spend time in each others’ company and thereby increasing the perception that differences can be reconciled even in the most intractable conflicts. Progress might be slow, as South African experience points to, but Pretoria prefers to take this careful incremental approach in order to keep these conflicts on a low flame while common ground can be discovered, rather than engaging in potentially damaging, heavy handed interventions that could provoke acrimonious fallouts with uncertain consequences.[vii]

Second, South Africa advocates transitional power sharing in the form of an inclusive settlement that offers all the leading protagonists a future role in the country. Modelled on South Africa’s Government of National Unity in the 1990s, this model attempts to reduce fears of a ‘winner-takes-all’ settlement, creating the space necessary for concessions to be made by all sides and reducing the risk of one side pulling out and potentially acting as ‘spoilers’ in the whole process.[viii] Once again, this is premised upon the belief that the on going support of incumbent power holders is essential to building long term stability, and that their interests must in some way find accommodation in the post-conflict settlement.

Third, Pretoria has been reluctant to advocate post-conflict retributive justice. Instead, based on South Africa’s own experience of the Truth and Reconciliation Commission, it has preferred to advocate a form of transitional justice. The logic behind this is simple: if protagonists (particularly incumbent state elites) fear punitive sentencing for their crimes then they will have no incentive to seek peace. Witness, for example, South Africa’s steadfast opposition to what it perceives to be the ill-conceived, heavy-handed and one-sided interventions of the ICC when arrest warrants are issued that threaten the mediation efforts of the AU (e.g. Bashir and Gaddafi). Although South Africa broadly agrees with the principles of the ICC mandate, its support for individual prosecutions appears to be premised upon whether or not these processes jeopardise peace initiatives.

Pretoria’s strategy comes at a cost: by being seen to make deals with some of Africa’s worst dictators and denying their victims retributive justice, South Africa undermines its credentials as a human rights champion. Successive ANC leaders have consistently courted criticism from prominent public figures, such as Desmond Tutu.[ix] More recently, South Africa’s attempts to broker a peace agreement in Libya by engaging with Gaddafi provoked domestic and international outcries that Zuma’s administration had lost its moral compass regarding foreign policy.[x] Academics have also pointed to the inconsistencies of South Africa’s approach.[xi]

Despite this threat to its foreign policy identity, policy makers are steadfast in their commitment to the South African model of mediation and diplomacy. However, the abject failure of South Africa’s public diplomacy means that officials seldom communicate the rationale for this approach effectively, making it easy for opponents to draw attention to the moral contradictions inherent to it. This was abundantly evident in the recent responses to the Libyan crisis, where Western denunciations of the AU position championed by Zuma served as a convenient distraction from the inconsistencies and hypocrisy of the NATO intervention.[xii]

Although the South African approach provokes controversy, it appears as though Pretoria’s influence will continue to hold considerable sway in the corridors of the AU, especially given the recent election of Nkosazana Dlamini-Zuma as AU Chair and the on going role of Thabo Mbeki in the Sudans. This makes it a pertinent time to reflect on the efficacy of this approach and any alternative African solutions for Africa’s problems that are available.