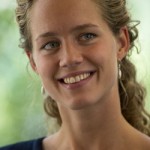 Can the food that you consume lead to the realization of worldwide peace? Dr. Will Tuttle’s World Peace Diet asserts that the answer is “yes.” Together with his wife Madeleine, Dr. Tuttle is on a mission to veganize North America and the world. According to Tuttle, switching to a plant-based diet is the first step in a spiritual adventure that will increase general well-being in the world. Tuttle sees veganism as a modern expression of “Ahimsa”, the Sanskrit word for non-violence. Indians and Buddhists strongly believe in the principle of Ahimsa; Mahatma Gandhi was a famous supporter and applied Ahimsa successfully to different parts of his life, particularly politics. Tuttle’s “The World Peace Diet” explains how food is the most intimate connection with the living natural order. The book provides readers with tools to understand the far-reaching implications of their food choices and the worldview those choices reflect and mandate.

Consumption choices, however, imply a very basic precondition: availability of food. For too many around the world, access to food remains uncertain and is often connected with violence. Food security, intentional deprivation or limitation of food is frequently used as a weapon of war, and agriculture and food production are generally regarded as are essential elements in establishing long-lasting peace.

The term “food security” is frequently used by the media, experts and policy makers and is often given divergent meanings. The main definition of food security was adopted during the in 1996. Here, food security was defined as “when all people at all times have access to sufficient, safe and nutritious food to maintain a healthy and active life”. The World Health Organization now distinguishes three pillars of food security: food availability (sufficient quantities of food), food access (the economic and physical resources to obtain food) and food use (the appropriate use based on knowledge of basic nutrition and care, as well as adequate water and sanitation).

Famine as a Weapon of War

For centuries, starvation and famine have been used as a tactic of warfare. In 146 BC Rome defeated Hannibal’s army and the city of Carthage. According to the legend, Roman troops sowed the city grounds with salt to cause starvation and prevent re-inhabitation. Until this day, armed conflict can lead to famine in different ways. Armies may confiscate food or block food supplies. Imposed food rations, forced displacement and manipulation of relief programmes can also result in starvation. In addition, the destruction caused by battle often severely disrupts food production.[1] Both governments and opposition groups have been using famine as a tool to control populations. For instance, the Ethiopian government has been accused of using many of these tactics in Eritrea in the 1960s and Ethiopia in the 1980s, which led to hundreds of thousands of deaths. More recently, the FAO and the UN World Food Program that four million Syrian civilians have been cut off from food, while the government is repeatedly refusing humanitarian aid organizations. Last week, the International Committee of the Red Cross announced that Syrian authorities are blocking access to the city of Homs, where about 2000 trapped civilians are in dire need of food and medical supplies.

The enforced lack of food has serious consequences for peace on the short term. Food production also plays an important role in building long-lasting peace. Poor agricultural conditions can have serious implications for socio-economic development and sustainable peace. A study by Future Harvest, a established by former US President Jimmy Carter that builds public understanding of the role of agriculture in international issues, found that “rehabilitation of agriculture is a central condition for development, reducing poverty, preventing environmental destruction – and for reducing violence.” This link between food, agriculture and world peace was recognized in 1949, when Sir John Boyd Orr received the Nobel Peace Prize for his scientific research into nutrition and his role as Founding Director-General of the Food and Agricultural Organziation of the United Nations (FAO).

Boyd Orr had conducted extensive research in the area of nutrition and poverty. In 1936, he wrote the report Food, Health and Income, which influenced domestic and international dietary policy. Boyd Orr’s data showed how many British were not able to reach their fullest capacity in school and at work because of malnutrition. According to the report, the main cause was low income. Boyd Orr continued working on improving the world’s food related problems, which eventually led to the creation of the FAO. During his Nobel Prize acceptance speech, Boyd Orr said:

“We must conquer hunger and want, because hunger and want in the midst of plenty are a fatal flaw and a blot on our civilization. They are one of the fundamental causes of war.”[3]

And if you are interested in exploring more broadly the connections between food and peace, we recommend that you look at the Peacemeal Project.

One Response to Food for Peace