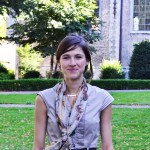 Towards effective global-regional partnerships for peace ? The reality of UN-AU cooperation in Libya

Fostering more effective global-regional collaboration is a key plank of my strategy for realizing the promise embodied in the responsibility to protect.

In recent years, the critical need to build effective global-regional partnerships for peace has been re-emphasised in the context of the developments surrounding the responsibility to protect (R2P) principle. While the United Nations (UN) has devoted significant attention to the conceptual and operational development of the emerging norm, it has repeatedly praised regional organisations for their potential to contribute to an efficient and consistent implementation of the R2P. In practice, however, the record of cooperation between the UN and regional organisations has not met the expectations formulated in R2P discourse.

In Libya (2011), for instance, the UN and the African Union (AU) failed to join forces to seek an acceptable solution to the crisis. Instead, the two organisations independently adopted conflict-resolution strategies that reflected their profoundly different perceptions of the situation and divergent stances towards the parties involved in the conflict. The lack of coordination of their efforts was detrimental to the conduct of their conflict-settlement actions. As the UN-mandated and NATO-led no-fly zone rapidly imposed itself as the dominant international response, the AU high-level ad hoc committee (AU committee) on Libya became sidelined. The AU expressed, on several occasions, its indignation about the lack of proper consideration given to African efforts to manage the Libyan crisis in spite of the recognition of the AU high-level ad hoc committee in UN Security Council resolution 1973 and the international partners’ promises of support.[2] A relevant illustration of the impediments to the smooth conduct of the AU mediation mission is the rejection, by the Security Council’s sanctions committee, of its request to fly to Libya in order to engage in negotiations with the Libyan parties, which considerably impeded the AU committee’s early attempts at mediation.

The absence of early consultation on the situation in Libya between the UN and the AU carries its share of responsibility for the failure to adopt of consensual crisis-settlement approach. It is quite telling that the first meeting on Libya between the UN Security Council and the AU high-level ad hoc committee only took place on 15 June, four months after the outbreak of the crisis, at the request of the AU Assembly. In the course of the meeting, the permanent representative of the Republic of Uganda to the UN, in his capacity as member of the AU committee, voiced concerns that unambiguously reflected the AU’s discontent with the lack of communication between the UN and the AU and, more fundamentally, the conflicting approaches of the two organisations.[3]

If it makes no doubt that the UN and the AU framed the situation and the kind of necessary action differently, it is argued that a constructive exchange of views between the two organisations would have contributed to reconciling their respective approaches under a comprehensive and jointly implemented conflict-settlement strategy. At the June 15 meeting, the Minister of Foreign Affairs and Cooperation of the Islamic Republic of Mauritania, in his capacity as Chair of the AU committee, declared that a holistic solution was required to address the array of key priorities. He stressed the need to treat urgent issues in the short term, while contemplating the long-term perspective and build sustainable and lasting solutions.[4] To some extent, the division of roles in Libya was such that the UN responded to the urgent necessity to protect Libyan citizens, by imposing a set of economic, diplomatic and military sanctions, and by voting for the establishment of a no-fly zone; whereas the AU engaged in tackling the longer-term issue of bringing about a political and durable solution to the conflict by drawing on the support of the Libyan stakeholders. If the approaches of the UN and the AU are therefore not conflicting as such, the tension arises from the uncoordinated implementation of their actions.

This prompts for a substantial strengthening of ties between the UN and regional organisations based on well-established channels of communication fostering regular exchanges and early consultations when crises arise. In Libya, early dialogue among key external stakeholders, including the UN, relevant regional organisations and neighbouring countries, and comprehensive consultations involving representatives of the Libyan people would conceivably have led to a joint decision as to the mandate and the course of action to be collectively undertaken. Such a joint and coordinated approach would have been beneficial to the peace process, both from the short- and long-term perspectives.

Léonie Maes is the Research Assistant to the Director of the United Nations University Institute on Comparative Regional Integration Studies (UNU-CRIS), Bruges.

[1] UN General Assembly. 2011. The role of regional and sub-regional arrangements in implementing the responsibility to protect: Report of the Secretary-General, A/65/877, June 27.

[4] African Union. 2011. Statement by H.E. Mr. Hamady Ould Hamady, Minister of Foreign Affairs and Cooperation of the Islamic Republic of Mauritania, at the Security Council, on behalf of the Ministerial Delegation of the African Union high-level ad hoc committee on the crisis in Libya, June 15, New York, USA.