On Bombing Syria Stephen Weissman in Roll Call: Congress Needs to Assert Itself on Syria and Foreign Policy 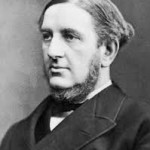 Sir William Harcourt MP, contributed the following thoughts on military humanitarian intervention 150 years ago. In my view, his definition of intervention has not been bettered, and his advice is as sound today as when he advised Britain not to intervene on the American civil war.

W.V. Harcourt, “A Letter on the Perils of Intervention,” Letters of Historicus on Some Questions of International Law, London, Macmillan, 1863

I do not intend to disparage Intervention. It is a high and summary procedure which may sometimes snatch a remedy beyond the reach of law. Nevertheless, it must be admitted that in the case of Intervention, as in that of Revolution, its essence is illegality and its justification is its success. Of all things, at once the most unjustifiable and the most impolitic is an unsuccessful Intervention. (p. 41)

The only object and justification of intervention is peace. To interpose without the means or the intention to carry into effect a permanent pacification is not to intervene, but to intermeddle. I do not say that intervention may not be justifiable or even politic, but that it may be either it must be efficacious. An inconclusive interference is at once impertinent and mischievous… (p. 42)

I know that there are persons who think that if France, England, and Russia could only make up their minds to do what is very safely, though somewhat indefinitely, called ‘something,’ the whole affair would be settled ‘out of hand,’ peace would be declared at once… (p. 43)

Intervention may be wise, may be right—nay, sometimes, may even be necessary. But let us not deceive ourselves, intervention never has been, never will be, never can be short, simple or peaceable. Conducted under the most favourable circumstances, we have seen that it almost inevitably before its solution results in war. Let those who are simple enough to place reliance on the cogency of moral pressure remember that the petty strength of Holland defied the five great powers of Europe—that the decrepit Government of Turkey resisted the collective dictation of Russia, England, and France…. I do not say that England, Russia and France might not impose their will on the American belligerents; I do not argue the question whether it is right that they should do so. But this I venture to affirm, that they never will and never can accomplish it, except by recourse to arms; it may be by making war on the North; it may be by making war on the South, or, what is still more probable, it may be by making war upon both in turns. (pp. 46-7)