An underground independent newspaper launched in Eritrea Early Childhood Development and World Peace: A View from 100 Years Ago 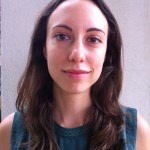 Use of chemical weapons against Iran

After Syria, Iran laments its own chemical weapons victims
Reuters
Monday, September 16, 2013
As Iran searches to find a foothold between support for the Assad regime and universal condemnation of the use of chemical weapons, new president Hassan Rouhani is also struggling to ensure the Syrian civil war does not harm his chances of easing relations with western states. Meanwhile, the Iranian public, and especially victims of Iraqi chemical weapons attacks, accuse the world of turning a blind eye to their continued suffering.

Return Of Chemical Warfare Resonates Among Survivors In Iran, Iraq
Radio Free Europe
Tuesday, September 10, 2013
Victims of the 1988 chemical weapons attacks by Saddam Hussein on the Kurdish villages of Halabja, Iraq and Sardasht, Iran reflect on the legacy of those tragedies and their implications for the international community’s current response to the gassing of Syrians in Ghouta.

Blisters and Sanctions
Iran Review
Thursday, November 29, 2012
An Iranian soldier recalls a 1987 gas attack on his battalion during the Iran-Iraq war; despite investigations exposing Iraq as a violator of the Geneva Protocol for attacks of this nature throughout the eight-year war, as well as evidence implicating multi-national companies in supplying Iraq with chemical weapons materials, no entity was ever held legally accountable. Today Iran is home to the world’s largest population of chemical weapons survivors, many of whom are chronically ill and now face serious challenges to securing treatment due to international sanctions against the current Iranian regime.

Iran’s Victims of Chemical Weapons Outnumber Hiroshima and Nagasaki N-Attacks Casualties
Iran Review Friday
May 17, 2013
Hamid Hesam’s “A Journey Recounted by Coughs” is a travelogue of the author’s journey bringing a group of Iranian war veterans suffering from the effects of chemical weapons on a trip to Hiroshima in the summer of 1991. Although victims of chemical warfare from the Iran-Iraq war outnumber the casualties from Hiroshima and Nagasaki, and what Hesam describes as a ‘connection and closeness’ between the two groups, he and his associates lament a lack of global awareness of the Iranian victims’ experience.

In Iran, grim reminders of Saddam’s arsenal
The Star Ledger Monday
October 27, 2002
An Iranian soldier exposed to mustard gas during the 1986 Fao Peninsula battle describes the slow but terminal decline of his health, characteristic of the more than 100,000 soldiers exposed to chemical warfare during the Iran-Iraq war, as well as that of their children and relatives. In the lead up to the 2003 invasion of Iraq, Iranians cite United States complicity with Saddam Hussein’s chemical weapons campaign of the 1980s.

2 Responses to Use of chemical weapons against Iran