Liberation Avenue: Medhane Haile and Dawit Habtemichael (a.k.a. Wedi Memhir) Crisis of Confidence in the Government of Sudan 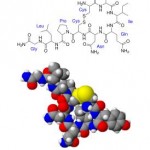 The Epigenetics of Peace: The Hard Science of Peaceable Human Behavior

A nugget of hard science is crystallizing at the center of peace studies. A steady accretion of scientific studies in microbiology, genetics and behavioral science, is demonstrating links between (for example) early childhood nurturing and levels of aggressiveness or sociability in adulthood. Prominent among this research is the work of Prof. Michael Meaney of the Douglas Mental Health University Institute of McGill University. Meaney gave a keynote scientific presentation at the launch of the early childhood and peace consortium in New York on September 20. The consortium is a collaboration between UNICEF, Yale Child Study Center and AÇEV (the Mother and Child Educational Foundation, Istanbul).

Epigenetics is the science of how our DNA is expressed in our physical and behavioral characteristics. Our genes are not our destiny in a simple manner. Each gene can express itself in a wide range of ways, and how it acts is controlled by a series of switches which turn certain characteristics on or off. Those switches are the stuff of epigenetics. And it turns out that there is a host of environmental factors, including nutrition and environmental stimulation, that determines whether any particular switch is turned on, or not. Among the most potent of these switches is the affection an infant receives from his or her parents in the early months of life.

Can this help explain the main finding in Steven Pinker’s acclaimed book, The Better Angels of Our Nature, which is that, across a wide range of human activities, violence has declined? Wars are fewer and less deadly, massacres and terrorist attacks are less frequent, homicide and violent crime are less common, torture is increasingly uncommon, sexual and gender based violence is far more visible but is probably less than in the past. Pinker is a psychologist and he conjectures a number of factors that have driven this historical development: perhaps can we add epigenetics to the list.

Epigenetics explains how there is a capacity for systemic changes in human behavior given our pretty much fixed DNA. A simple experiment using rats—giving the offspring of neglectful mothers to affectionate adoptive mothers—shows how positive behavioral outcomes can be engineered. Data from humans too shows how early life experiences, especially between infants and caregivers, have direct impacts on neuronal development and predispose individuals to certain forms of behavior in their later life.

Oxytocin appears to be a central factor in social behavior including trust in others, ability to read others’ mental states, empathize with others’ feelings and experiences. The “oxytocin hypothesis” can be extended from the dyadic relationship between infant and mother (or other caregiver) to wider community relationships: exploring this is the new frontier of behavioral epigenetics.

It is widely accepted that parental practices and the child’s proximal environment will determine the child’s physical, social and emotional development, and that the early childhood years play a critical role in a child’s emotional expression and regulation, psychosocial and cognitive development, cultural norms, identities and prejudices which last a lifetime. It is also known that children who experience extreme and adverse stress in their early years are at greater risk for developing cognitive, behavioral and emotional difficulties, delaying and reducing their overall developmental processes. In turn, when these children themselves become parents and caregivers, they are more likely to be stressed and depressed, and thus less able to provide their own children with positive and emotionally nurturing environments.

The core science of the oxytocin hypothesis is compelling. How far will it take us? Might its effects be comparable to the information revolution in impelling our species towards more peaceful and cooperative coexistence? The pathways whereby these basic human functions translate into wider social behaviors, including societal tendencies towards violence or towards mutually-helpful interactions, are yet to be explored. As the science progresses, some of these causal linkages will prove more robust than others, and new layers of complexity will be discovered.

Prima facie, there is a strong case for hypothesizing that the immense advances in human social development, have translated into better environments for infants, and in turn to making homo sapiens a generally more peaceable species. These advances include enormous gains in maternal and child health, improvement in the home environments for young children, and vast increases in levels of education, especially for girls. These make us better people.

The oxytocin hypothesis also addresses the great paradox of the modern trend in violence: while all objective indicators show that violence has declined, few people believe it to be so. Most people in fact believe the contrary: that violence is increasing. One explanation for this misperception is that the media and telecommunications mean that violence is more visible than in earlier days. But there’s another possible factor—we are more sensitive to violence than before. The very same factors that are reducing our violence are, at the same time, increasing our empathy for others, and our intolerance of violence.

2 Responses to The Epigenetics of Peace: The Hard Science of Peaceable Human Behavior