The Epigenetics of Peace: The Hard Science of Peaceable Human Behavior How Not to Help Somalia 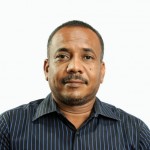 Crisis of Confidence in the Government of Sudan

Observers of Sudan see clearly a crisis of confidence between the majority of the Sudanese citizens and the government. This gap between the citizens and their rulers is increasing day by day. Continuation of the civil war in Darfur, Southern Kordofan and Blue Nile without a political solution shows the large gap between people in the marginalized areas and the central government, while the recent increases in fuel prices which the government announced on September 22, 2013 revealed the depths of crisis of confidence between the government led by the National Congress Party (NCP) and the majority of the Sudanese citizens. This was shown in the powerful reaction of the citizens when the uprising of September 23 began against the NCP and President Omar al Bashir.

During this uprising, citizens are targeting the property and assets of both the government and the NCP, while the government police forces, National Intelligence and Security Service (NISS) troops and NCP security apparatus used all tools to terrorize citizens to try to halt the uprising. This led to the martyrdom of dozens of Sudanese citizens. This has been covered in the international media and press, specifically the French press agency and Al- Arabiya TV news and other Sudanese activists’ websites.

The ruling party, Minister of Finance and National Economy of Sudan and the Sudanese President failed in addressing the Sudanese public and allaying their concerns, before increasing the fuel prices. Also, their rhetoric to Sudanese people carried overtones that aroused people’s sense of dignity, and so the reaction came as response against the government and the NCP, as well a cynical reaction to the speech of President al Bashir and his Minister of Finance. These spread across all platforms of social networking in the Internet, while the justification  for increasing fuel prices was not acceptable to Sudanese public opinion and every observer to Sudan political and economic scene, in part due to the message continuously purveyed by the government media which promised the Sudanese that there will be  advances in the national economy, due to increasing gold exports, revenue from oil pumped from South Sudan, increase of taxes, export promotion and reductions in government expenditure. The fuel prices increase came immediately after the announcement of the resumption in flow of the oil from South Sudan and the increase of gold exports, and therefore the Sudanese public opinion was asking, “Where are these funds going and why does the government impose these increases on fuel prices, which will raise the value of consumer goods and subsequently increase poverty rates?”

The NCP and government made matters worse by not being clear or honest about which kinds of fuel would have their prices increased. The increases in the prices of gasoline and gas canisters for cooking came as a surprise, and worsened the crisis in confidence between the public and the government.

The National Salvation government since it seized power on June 30, 1989, required Sudanese citizens to be extraordinarily patient and promised them that the country’s economic condition would soon recover. But their inability so far to fulfill this obligation in addition to aggravating the political crisis in the country, spread of civil wars and tribal fighting, have all put the credibility of the government led by the NCP to the test. Meanwhile the class division which was pointed out by President al Bashir in his address to journalists at Friendship Hall on September 22, has also become deep. Al Bashir noted that a wealthy class dominates of all the wealth of the country and a poor class does not have the means to live from day to day. President al Bashir claimed that these increases in fuel prices are in favor of the poorer classes! Which shows that the President is not aware of the problem. And Sudanese public opinion does not agree with him, knowing that fuel price increases will hit the poorest hardest.

The NCP should identify the trend in Sudanese public opinion and learn what is driving this trend. Only then can it act to gain the confidence of the people of Sudan and continue in power. But if the ruling party does not respond to public demands and instead turns to repression and brutality against citizens, it will only expose itself to a deepening crisis of confidence which will inevitably lead to its overthrow.

The solution of the Sudan crises lies in creating a national consensus, to start a process leading to national dialogue and a constitution that meets the aspirations of all Sudanese. The current government must accept to the need for political reform that involves all the Sudanese political forces in the political process through an agreed program for democratic transformation. Economic reforms can not now be implemented without concurrent political reform. Political and economic reforms are complementary to the each other. Sudanese public opinion must be taken into account and not brushed aside, and the use of violence against the public will generate local, regional and international pressure to remove the regime.

One Response to Crisis of Confidence in the Government of Sudan