Somalia’s Innovating Pirates Some Reflections on Lidwien Kapteijns (2013) Clan Cleansing in Somalia: The Ruinous Legacy of 1991 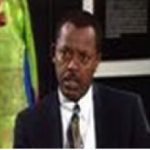 Clan Cleansing in Somalia: The Ruinous Legacy of 1991: A Book Review

If the epic poems of Guba, instigator in Somali, documented the internecine small-scale clan wars in the Hawd and Reserved Area in the 1890s-1920s, Clan Cleansing in Somalia undoubtedly serves as a repository for the historical origins and the memory reconstruction of mass violence in post-colonial Somalia. This time (1978 -present), though, the warfare was carried out with the “changing use of large-scale clan-based violence” as a technology to achieve political objectives. In the tradition of Robert H. Jackson and Carl G. Rosberg, who viewed ethnicity and religion as potent resources for political gains in African politics in their seminal work Personal Rule in Black Africa: Prince, Autocrat, Prophet, Tyrant (1982), Kapteijns illuminates the use of clan technology for political ends and its unavoidable consequences of communal mass violence and the ensuing state collapse in 1991.

Based on rich and diverse sources, including four bodies of scholarship (the anthropology of violence and the new, comparative genocide studies; scholarship on ethnicity and the state; the historiography on the Somali civil war (such as the works by Issa-Salwe, Cassanelli, and Compagnon), Kapteijns’ book presents a persuasive empirical as well as normative sociopolitical analysis – enabling her to present a plausible and compelling portrait of contemporary mass violence and its variations in Somalia with the following three themes:

The events that took place in the 1991 time-frame encompass not only the clan cleansing that targeted “the” Darood but also the large-scale clan-based brutalization of  civilians.  Needless to say, within a short period of time, about 400, 000 mainly middle class urbanites, most of the Darood clan members, were chased out of Mogadishu and other towns of south and south central Somalia, their properties looted, their women raped and thousands of civilians killed, thus eroding not only the cosmopolitan nature of the city, but precipitating the total collapse of the state.

In a whopping 308 pages, Kapteijns skillfully weaves four chapters (the interpretation of the 1991 violence by poets, singers and playwrights; the political grievances of the 1970s and 1980s; the unprecedented “clan cleansing” in Mogadishu in 1991, and the need for a genuine reconciliation) into a rich and accessible tapestry of communal violence and state failure in Somalia.

Kapteijns’ analysis, as she herself clearly states, does not include the international dimensions of the key shift of 1991. This is a task that deserves to be taken up by other scholars. For example, a comparison between the capture of Mogadishu by USC in 1991 and the Ethiopian People’s Revolutionary Front (EPRDF) capture of Addis Ababa after its triumph over Mengistu Haile Mariam of Ethiopia in June 1990 and the subsequent collapse of Somalia and political stabilization of Ethiopia would be very enlightening.

However, Clan Cleansing is exhaustive to the extent possible. With over 60 pages (Pp. 240-308) of meticulously referenced notes, bibliography, timeline of major events, and glossary, this book is not only an authoritative research project in Somali Studies, but a serious source to be consulted on Somalia’s future social repair and reconciliation.  It is rich with names of actors, places where real activities took place, and names of victims who barely survived but were able to escape.

Marshaling her unmatched scholarly mastery of the Somali literature (herself a fluent Somali speaker and a protégé of the late Andrzejewski), Kapteijns unravels unique views about the 1991 civil war as understood by Somali poets, writers and playwrights.  From a host of less known writers to the American-styled Canadian Somali poet, Mohamud Said Togane, whose free verses are not only “equal opportunity offenders,” but also constitute a powerful voice for the demystification of clan constructs, Kapteijns offers  us untainted versions of an internal conversation carried among Somalis particularly about their own plight.

Add to that the power of singers such as Ahmed Naji’s “Mogadishu, you have been violated” (Xamaray waa lagu Xumeeyey), Cabdi Muxumed’s dark message to the USC, Faadumo Qaasim’s “Oh! My country,” (Dalkaygow) and Cabdullahi Shube’s melancholic depiction of the violence, and you have a full sociopolitical understanding of political clan and its tenacious power to undo the cosmopolitan city of Mogadishu in a matter of days.

Irrespective of social differences, the author concludes, clan, mixed with the potency of the entitlement-based concept of “autochthony” – a nativist philosophy that was used to hype hate narratives in the days leading to the 1991 civil war violence – is a powerful technology of war used by sectarian “leaders.” As a result, Somalia has seen its ugliest and most painful history in 1991; one such a depiction is when one Eedo Maryan, aunt Maryan, obviously a helpless Darood old lady, was captured by Mohamed Farah Aidid’s militia members and asked their leader (including the recently deceased `Ato) for direction as to what to do with the old lady. Embarrassed by the ugliness of the situation, the commander told the militia members to let Eedo go this time, “but next time do not bring people like that to me; take care of them on the spot.” However, Professor Abyan, a prominent opposition to the Barre regime for many years and many other citizens were “taken care of” by USC militia because of belonging to the wrong clan!  Ironically the same hostile environment for victims of “clan cleansing” proved to be a safe haven for many for Barre’s henchmen thanks to their clan affiliation with the victorious militia of USC.

Kapteijns argues that the USC viewed the defeat of Barre’s regime as a victory not only against Barre, but against anyone who belonged to his clan family for whom the toll of “ninkii dhoof ku yimid bay geeridu dhibaysaa,” or “those who are non-natives are afraid of death” rung laud. (A nativist war song that was most recently heard blasting the kiosks and teashops of Mogadishu during the July 2013 Kismayo conflict.)  In the end, Kapteijns tells the story of how a war that could have liberated Mogadishu from the yoke of Barre’s regime succumbed to autochthony, thus committing “clan cleansing” with the tacit acquiescence of the post-1991 Mogadishu-based Manefesto group.

To authenticate the degree to which Somalis felt the mass violence of the 1991, Kapteijnss brilliantly utilizes poems by Mohamud Said Togane, who compares the 1991 mass violence to that of Rwanda’s ethnic cleansing.  In a creative way, the author shapes and contextualizes the wailing and crying voices of Somalia’s writers, including poet Togane, and playwrights into what the author terms “clan cleansing.”

What is “clan cleansing,” one may ask?  Clan cleansing is not “genocide as defined by the 1948 UN Convention on the Prevention and Punishment of the Crime of Genocide” writes Kapteijns, lest this definition is imprecise. Neither is it “ethnic cleansing” for Somalis are one ethnic group.  Armed with both context and in-depth knowledge of the anthropology of the Somalis, laden with historical and political insights, she writes the following exquisite lines to define what is clan cleansing and why study it:

“Clan cleansing is a concept applied to the 1991 mass violence caused by those who aspired to become the sole heirs of Barre … who redefined the enemy in clan terms and used large-scale clan-based communal clan violence to achieve their political goal.”

“It was not a clan (or clans) that perpetrated clan cleansing, but political leaders who mobilized and organized ordinary people to commit violence in the name of clan.”154

The same political leaders transported the technology of clan warfare from Hawiye on Darood conflict into Hawiye (Habar Gidir) on Hawiye (Abgaal) internecine fighting to the complete desecration of Mogadishu.  Kapteijns developed a persuasive argument that says politically expedient and Faustian clan constructions are not sustainable.

Clan cleansing is one of several untold stories, like the massive rape Somali women had faced in the last 20 years, which lay at the root of Somalia’s unresolved conflict. If Nuruddin Farah in Secrets made us uncomfortable by telling us tightly-held dark family and personal secrets, or Yasmeen Mohamoud’s Nomad Diaries gave us a sense of loss that preyed on Somalia’s post conflict family relations in the face of grinding urban America, Kapteijns unravels the code of silence which many Somalis have uneasily observed about “clan cleansing.”  In her non-ideological narrative, she may as well disappoint both sides to the clan conflict when she clearly singles out the USC leadership, but exonerates the Hawiye masses, by assigning the crimes of “clan cleansing” to the leaders of USC. Despite vitriolic attacks by those who perpetrate the very crime that she explained and analyzes, Kapteijns’ theory of clan conflict, state collapse and the need for remedy for the victims is a valuable contribution to Somali/African studies.

Kapteijns argues that the 1991 clan cleansing is a history, indeed a human and a Somali history at the same time, and that this history can represent “not the unknown past we are supposed to repeat but the past we know”…. so that our discourse may be guided to a fruitful destination – a destination of social repair and national reconciliation.  Yet, this self-revealing truth is diluted and/or denied or concealed by the perpetrators or those who want to protect perpetrators. Despite intense denials, the names, real time events as recorded by journalists, aid workers and foreign government diplomats who witnessed the mass violence in Mogadishu, as well as the places and the times where and when clan cleansing history was made, are all potential sources of evidence for tomorrow’s social repair and reconciliation.  Kapteijns’ Clan Cleansing: the Ruinous History of 1991 is as much about the past as it is about the future of Somalia, thus the need for its translation into Somali language paramount.

Faisal Roble is the Director of Research at the Institute for Horn of Africa Studies and Affairs (IHASA) and former editor-in-chief of Wardheernews.com

One Response to Clan Cleansing in Somalia: The Ruinous Legacy of 1991: A Book Review