Clan Cleansing in Somalia: The Ruinous Legacy of 1991: A Book Review Response To David Laitin’s Reflections On Clan Cleansing In Somalia 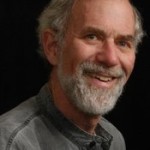 Some Reflections on Lidwien Kapteijns (2013) Clan Cleansing in Somalia: The Ruinous Legacy of 1991

These reflections were written for a seminar on “Patterns of Mass Violence in Somalia”, sponsored by the World Peace Foundation, and held at Tufts University, Medford Massachusetts, September 27-28, 2013

I cannot over-emphasize the importance of this book for its three major accomplishments: (1) Bringing to a broad audience (with her own beautiful translations) the artistic depth of Somali critical commentaries on an otherwise unspeakable era; (2) Demonstrating the cynical denial of responsibility for egregious violations of human dignity by political elites (both government and rebel); as she shows, their construction of exclusive clan identities served as a prelude and a force in this horrific era of clan cleansing; and (3) Documenting the historical truth about responsibility for these unspeakable violations that is a necessary element for societal repair.

My commentary is offered not to diminish in any way the importance of this work, but rather to keep alive what we hear and read on Somali websites and in this book – that is an active contestation on how to make sense of the unbearable quarter-century since the Somali retreat from Ethiopia in 1988. Hopefully, my commentary will form part of the repair work that Kapteijns sees as essential for a modus vivendi among a population in a country whose parents and grandparents once envisioned as the homeland of a Somali nation.

The Political Construction of Clan Identities

Allow me to begin with Kapteijns’ praise (“hard to imagine a more eloquent and poignant epitaph…”) of Nuruddin Farah’s report on a visit to a Kenyan refugee camp, in which he was “nonplussed” with “a new form of Somali-speak” built on the “anachronistic sentiments of clannism” (p. 136). Compare this with what Kapteijns sees as “a central proposition of this study, namely that it was the political use of group identity constructs to take over the control of the state, not those groups or identities themselves that lay at the root of Somali civil war violence.” But if Nuruddin is right, these clan identities were not constructed by political elites, but rather were re-constructed on a rather powerful historical foundation.

Kapteijns tends to minimize the role of clan membership outside the purview of the state to protect its members, to secure rights to grazing land, and to settle disputes within the clan and across clans. Said Samatar’s compelling historical ethnography of the role of clan in performing these functions reveals that the clan was (and remains so in the nomadic regions) an essential identity for personal security. Kapteijns points out only in the final pages of the book (p. 227) how the British and Italians more or less re-activated clannism for purposes of efficient rule. The final substantive chapter (chapter 9) in I.M. Lewis’ A Pastoral Democracy shows how these functions took on new meaning in the period of party organization as political independence approached, and this for power and position. And as Saadia Touval’s work (Somali Nationalism) showed, clan identities were crucial for party advancement and political office in the pre-Siyaad period.  To be sure, early in chapter 2 Kapteijns outlines some of the dynamics of clan politics before the catastrophe post 1988, but in subsequent discussions, Siyaad’s approach to clan is taken as either invented or “anachronistic”.

While minimizing the centrality of clan in the pre-Siyaad era, Kapteijns tends to minimize the attempts by Siyaad from 1969 through the end of the Ogaadeen war to weaken the political relevance of clans – whether it be in the support for a national script; the legal equality of all women; the treatment of orphans; and a socialist party devoted to equal opportunity (Writing off the entire Siyaad dictatorship as a “kleptocracy” (p. 220) is historically inaccurate). Obviously Siyaad’s strategy failed, as clan identities resurfaced in a moment of recriminations and counter-recriminations in the wake of the Ogaadeen tragedy. A decade of socialism and a national language could not diminish the power of clans in the face of national failure.

If not powerful clan identities used by political authorities for purposes of maintaining that power, what then is new in 1988 (or worse 1991)? The narrative in this book suggests that it is the “hate-narratives” that are new.  This may be the case, but Somalists will recall the infamous “Somali Poetic Combat” (Andrzejewski and Galaal 1963) and the equally derisive clan sentiments pervading the verses of the doyen of Somali invective, the Sayyid Maxamad Cabdille Xasan. I have suggested elsewhere, going back to the anthropological work of Evans-Pritchard, that what was new was the divorce of clannism from the system of clans. In the logic of that system of segmentary lineage attachments, clans would know with whom to align (by balancing power) in order to bring the rather frequent number of wars to quick ends. I learned from Kapteijns book that my interpretation was flawed: viz., there were numerous alliances across clans (e.g. the Irir coalition of Hawiye and Isaaq, pp. 275-7, fn. 37). However, the relevance of Evans-Pritchard’s work to this problem is not diminished – clans are powerful social realities in segmentary lineage societies; clan-hatred is endemic; but as a system of clans, we should expect alliances to form and reform in order to balance power and to keep warfare in check. My conjecture has been that General Caydiid, in fomenting an intra-Hawiye war, broke the systemic rules of alliance building, and therefore the expectations on what constituted a peace-building alliance, leading to a congeries of unstable war-lord alliances.

Indeed, alliances could shift among Somali clans because “hate-narratives” are subject to political revision. Clan hatreds are not ancient; in the Somali case, they are temporary and easily transferred elsewhere. This is so even in Kapteijns’ account. Consider the Saaleban exception (p. 175, and fn. 123, p. 270). They are a sub-clan of the Habr Gedir (Hawiye) in whose compounds Daaroods who witnessed “torture, mutilation, and gang rape” (from other Hawiye) could escape to safety.  Kapteijns speculates that the hatred could be diminished for a group that felt secure in its power. Similarly, and not getting any sustained treatment in this book is the modus vivendi (though hardly a lasting friendship) that the Somaliland authorities established with the Daaroods (Dhulbahante and Warsangeli) in their unrecognized state. The hatreds Kapteijns illuminates are both deep (in motivation) but shallow (in time).

Allow me to add one more factor accounting for the nature of the clan hatreds in Somalia after the Ogaadeen retreat, a factor that only gets minimal mention in this treatise. In my visit in 1980 to several refugee camps and at the front line separating Somali and Ethiopian troops, I sat in a tent with Somali officers in charge of defending Galguduud. Asking for their clan identifications, I learned that they all had identities not of the infamous “MOD” designation. It was here that I learned of Siyaad’s clan genius (see p. 276, fn. 51 in Kapteijns for a glimpse) – he was able to reward minority sub-clans of the Isaaq and Hawiye, and to arm them against their higher-status co-clansmen. Part of the hatred coming from the Habr Gedir (Hawiye) and Habar Toljaclo (Isaaq) was that their supremacy among clan-familiars was being effectively exposed and challenged. Siyaad’s brilliant backing of General Maxamad Samantar Ali (who comes from what Kapteijns calls, in a “politically correct” but uninformative description, a member of a “so-called minority group”) had a similar effect of angering higher status Somalis who felt they had a birthright to rule. (See an analysis of Samantar’s impressive rise to power in my book, Nations, States, and Violence). Siyaad’s genius was in fully understanding how best to make use of the still-relevant clan system.

Beyond the Caydiid deviation and the dismantling of the segmentary system, there is something new in Somali clan divisions! This factor is surely linked to the collapse of the ordered system of clans, and it has to do with the power of peace interests. We see nothing of the following post 1988 in the verses that Kapteijns offers us. In Salaan Carrabey’s guudmar “Ingratitude” (in Andrzejewski and Lewis, p.122), the poet begins with “Oh, clansmen, stop the war.” And then in lines 36-41 he warns: “And now if you start to devour each other / I will not stand aloof / But adding my strength to one side / I shall join in the attack on the other.” What was new in 1991 was neither clan identity nor clan hatred: what was new was the absence of powerful balancers with an interest in brokering peace. This role is embedded (in Evans-Pritchard’s understanding) in the very system of clans, and it was that system that was absent in the unbearable past quarter century in Somalia.  Indeed the “prestigious” poetry illuminated in chapter 1 is on the scale of Salaan Carrabey’s; but it comes today from poets without the standing to mobilize their clans to balance power in order to achieve peace.

Perhaps in different words, the concern in my discussion here is that the more Kapteijns emphasizes the contingency and cynical construction of clan identities by the political class, the less convincing the argument that clan hatreds were driving unspeakable violence by the perpetrators.

The Motivation of the Perpetrators

One missing piece in the puzzle of the violent zealotry as exhibited by the militias during the cleansing campaigns is the voices of the rapists, the murderers, those who desecrated dead bodies. We learn of the conditions that facilitated these actions, having to do with hate-narratives, joblessness, opportunities to thieve, and “habit” (pp. 191, 202). These are the hypothesized causal factors, but not direct evidence on the mind-sets of the perpetrators. This is the type of evidence collected by Franz Fanon in his classic Wretched of the Earth. In the present era, social scientists have collected direct evidence of failed suicide missionaries, and what motivated them. (In Palestine, it was not hatred or joblessness; thereby upsetting some favorite theories, as we know from Alan Krueger’s work on What Makes a Terrorist). Further, recent historical evidence demonstrates that soldiers in the trenches in World War I maybe hated their enemies, but still systematically shot at non-targets in defiance of orders.  The motivations of the murderers in the Somali case remain obscure, and may not coincide with the causal factors that Kapteijns outlines. Kapteijns calls out for those who perpetrated violence to acknowledge their crimes; and any setting that requires them to do so will help fill in this lacuna in our understanding.

Towards a Reconstitution of Society

While powerful theoretically, Kapteijns’ hope to contextualize clan so that we will no longer objectify identities as in “the Daarood” (p. 155) a fault she finds in many commentators, including I.M. Lewis, is hard to apply in practice. Consider her (overly respectful, in my judgment) discussion of the Manifesto Group (pp. 108-15). Most analysts would report that this broad coalition of elders and intellectually excluded “the Isaaq”, a point Kapteijns makes without using the hated “the” and then again, only in a footnote (on p. 257, fn. 93). How else to explain the resistance of then former Prime Minister Maxamed Ibraahim Cigaal and Ibraahim Meygaag Samatar (a Ph.D. in economics, and certainly from the same social grouping as the Manifesto intellectuals), both Isaaqs, to its recommendations? More interestingly, in reporting that this Manifesto group was “deeply rooted in Somali culture and religion” (p. 112), Kapteijns is reifying a “Somali” identity in a way she rues for a Daarood identity. Clearly, in thinking about a political solution, we will need to acknowledge the social foundation of clans and clan identities, even if political correctness requires us to use region as a euphemism. Acknowledging the power and meaning of clanship, while recognizing the costs of reifying it, is the challenge for the next generation of Somali state-builders.