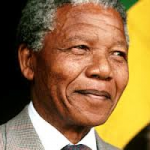 A Farewell to Madiba

From “A Farewell to Madiba”, a praise poem by Thabo Mbeki, delivered by him to the National Assembly, Cape Town, on 26 March 1999

You have walked along the road of the heroes and the heroines.

You have borne the pain of those who have known fear and learnt to conquer it.

You have laughed to contend against a river of tears.

You have cried to broadcast a story of joy…

The accident of your birth should have condemned you to a village.

Circumstances you did not choose should have confined you to a district.

Your sight, your heart and your mind could have reached no further than the horizon of the natural eye.

But you have been where you should not have been.

You have faced death and said – do your worst!

You have inhabited the dark, dark dungeons of freedom denied, itself a denial to live in a society where freedom was denied.

You have looked at the faces of some of those who were your comrades, who turned their eyes away from you because somewhere in their mortal being there lingered the remnants of a sense of shame, always and forever whispering softly – no to treachery! A thing in the shadows, present at every dawn, repeating, repeating, repeating – I am Conscience, to whom you have denied a home.

You have not asked – who indeed are these for whose lives I was prepared to die!

You have asked – who am I, that I too did not falter, so that I too could turn my own eyes away from myself and another, who was a comrade.

You have stood at the brink, when you had to appeal to the gods about whether to win a dishonourable peace or to lose the lives of your people, and decided that none among these would exchange their lives for an existence without honour.

You have been where nobody should be asked to be.

You have carried burdens heavier than those who felt it their responsibility and right to proclaim you an enemy of the state.

You have to convince your enemies to believe a story difficult to believe, because it was true, that your burnished spear glittered in the rays of the sun, not to speak of hatred and death from them, but because you prayed that its blinding brilliance would tell them, whose ears would not hear, that you loved them as your own kith and kin.