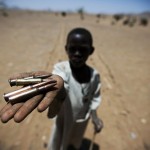 This is a summary of Panel Three from the WPF sponsored conference, Unlearning Violence, held February 13 & 14, 2014.

This panel included formal presentations on innovative programming to provide protection to at-risk children, and an overview of the ways in which children are subject to violence. Following these, the discussion explored the ethics of professional practices. Throughout, the panelists dwelt on the need to learn from and with the communities one seeks to engage.

Dr. Theresa Betancourt opened the panel by pointing attention to two groups of children who are exceptions to the general positive global educational trends: those in areas of conflict and those in HIV/AIDS-affected communities. She then introduced Family Strengthening Intervention (FSI) program that she has developed in collaboration with Partners in Health in Rwanda. The program targets households with at least one HIV positive caregiver and the children it targets face compound adversity: from the on-going social, political and economic effects of the 1994 civil war and genocide, to their own health risks of HIV/AIDS; poverty; abuse; or strained dynamics with parents who may suffer depression or alcoholism. For children, these factors can produce task-shifting within families, whereby young people take on adult responsibilities. Their increased risk of mental health problems such as depression and anxiety can also be manifested in the form of conduct issues – all of which impact their educational prospects.

The intervention involves home-visits for psychosocial education and family strengthening, with the content being communicated using Rwandan proverbs. The key elements of the program are the strong connection of the family with interventionist; integration of psychoeducation; building open communication and relationships with children; and the use of nonformal and formal resources in communities. Betancourt’s program built on an understanding that aiding the child required engaging the entire family: mothers, fathers and siblings. In the end, she quoted a young boy who compared his family to one that had embarked on a long and tiring journey, then took a little time to relax, rejuvenate and continue. The FSI, he said, had come as that welcome break.

In the context of relating insights from research on children who have experienced armed conflict or other forms of severe violence, Michael Wessels put forward thoughtful questions to the audience of students, academics and would-be practitioners, prompting them to re-examine the ethics of development in conflict. Speaking about direct and structural violence, he touched upon how children become socialized for war – and consequently, cyclical violence. Drawing on the example of the Angolan war, he listed the multiple sources of vulnerability for children in armed conflict or disaster – including displacement, separation from families, and sexual exploitation and abuse. Relating interviews with displaced children in urban slums, he recalled the children’s response when queried about things they “didn’t like: such as smelling like feces, eating rotten food, being hit or shouted at. For older children aged 9-13, the list included “watching girls being raped.” Wessells described these experiences as “toxic stress” – the things people can hold in their minds. He cautioned those who engage in research or programming for extremely vulnerable populations not to presume their “answers” will fit the lived realities of the communities they work with. “‘Expert,'” he stated, “is a horrible word. How can you claim to be an expert on a war zone where you’ve never lived?”

Moderator Dr. Dyan Mazurana then led an extended conversation between the audience and panelists that touched on the presentations as well as the obligations and challenges of working with vulnerable populations. Betancourt remarked that meaningful engagement involves knowing the stakeholders and making the research work for them. Both panelists underlined the need to view local people as stakeholders, not objects for research. In every community, Wessells, noted, there are insiders seeking for ways to improve children’s lives; they are the logical partners for any such programs. The presenters also engaged the challenge of working with governments, arguing that for programs to be sustainable and integrated into communities, finding partners among officials was necessary. The importance of safe, child-friendly spaces was highlighted, and the success of specific models for community action was discussed.

One particular challenge was discussed in some depth: donor relations. Grant cycles can often be myopic, with not enough consideration of long-term effects. Furthermore, the culture of donor-centered programming as well as current academic research is such that there are not enough incentives to share lessons from failures that are crucial for the growth of a knowledge base. In the context of development and research, humility was identified as being paramount; as Wessells noted: “We are all students.”