Rights on Display: Museums and Human Rights Claims Violence and peacemaking in the political marketplace 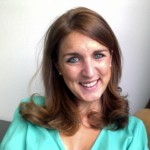 The Subjects of Mass Atrocities: Victims or Survivors?

This post is part of our series on The Subjects of Mass Atrocities.  Previously: Part I | Part II | Part III | Part IV | Part V

In her April 4, 2014 piece in The Atlantic, titled “How Rwandans Cope with the Horror of 1994,” journalist Lauren Wolfe set out to discover how communities survive the extreme trauma of genocide. Yet, as her research in Rwanda progressed, she explains that “more than once, I was told I was asking the wrong question.” The more fundamental question is: What does it mean to be a  ‘survivor’? What is the language that we use to describe individuals who have experienced horrific forms of violence, when this violence did not lead to their deaths?

While those killed in war are described as ‘victims,’ those who experienced torture, sexual violence, kidnapping, or witnessed atrocities without having experienced physical violence directly are often described as ‘survivors.’ Language matters not only because it seeks to represent acts of violence, but also because it has the capacity to accord agency to – or diminish the agency of – those affected by the violence. Yet, ‘victim’ and ‘survivor’ are often insufficient terms for capturing the varied and layered experiences of violence.

On the one hand, those who prefer to use the term ‘survivor’ argue that this language choice is more empowering and respectful of the agency of those affected. To that end, Akhila Kolisetty writes:

‘Victim’ implies passivity, acceptance of one’s circumstances, and a casualty. The word ‘victim’ robs individuals of their agency and their ability to fight back. ‘Survivor’ displays the individual’s resistance, ability to take action in the face of immense obstacles, and the day-to-day work of surviving despite immense trauma. ‘Survivor’ implies ingenuity, resourcefulness, and inner strength.

Other proponents of the use of the word ‘survivor’ instead of ‘victim’ argue that the term ‘survivor’ better captures the trajectory towards recovery and healing. Jerry White, the co-founder of the Landmine Survivors’ Network, states:

The words victim and survivor are not interchangeable. The word victim refers to someone who is the object of abuse and as such implies helplessness. It is correct to use victim when discussing someone who is injured by a landmine, but not someone who is in the process of recovering, since we do not consider that person to be helpless.

On the other hand, and contrary to these arguments, ‘victim’ need not be a term or status entirely devoid of power. The word ‘victim’ signifies that someone experienced harm or injury, which is why it is also the preferred term in legal contexts and transitional justice mechanisms that focus on reparations and restorative justice. Signaling that experience of injury and injustice through the language of victimhood can be useful for documenting certain sets of harms – and mobilizing, organizing, and advocating around that identity of victimhood can be powerful for the affected populations.

Highlighting the complexity of these decisions, a Dart Center for Journalism and Trauma post reflects: “The word victim looms too large,” [Helen] Benedict writes. “So, we journalists are left with a dilemma: How are we to explore the exploitation and abuse of human beings without calling anyone a victim? Is this even possible?”

It is perhaps easiest to navigate these choices when we can take a cue directly from those who experienced violence. In that case, echoing their language and mirroring the terms they use can ensure a respectful, accurate, and agency-affirming representation. However, this is not always a feasible resolution of the ‘victims’ versus ‘survivors’ narrative dilemma: How do we, for instance, describe groups of affected individuals when, as if very often the case, it is not possible to interview each one to establish their preferred identification?

Even if it were possible to interview each affected individual, non-lethal violence also affects people at the group level, whether we are considering kidnapping or conflict-related sexual violence or sexual violence within the military. In other words, there are numerous instances when researchers who use the words ‘victims’ or ‘survivors’ do not only refer to affected populations at the individual level, but also to a collective experience of victimhood and to groups of people affected by the same types of violence. In those cases, how can we describe an experience of harm that is not always tied to the person on whose body the violence is perpetrated, but also resonates with that person’s wider community? And, relatedly, how does what Fionnuala Ni Aolain terms ‘the language of violation’ represent collective experiences of harm in ways that take into account that even those who were not victims or survivors of direct, physical violence are affected by the act of witnessing and the trauma that may flow from it?

Highlighting some of these dilemmas, Inger Skjelsbaek acknowledges that one’s positioning with respect to the violence may change over the course of a conflict and well after it concludes. With respect to women who were raped in the Bosnia conflict, Skjelsbaek writes: “two different plots emerge – namely, that of being an ethnic survivor versus gendered victim. The ways in which these plots come out depend on how the protagonists position themselves within their stories.” In Skjelsbaek’s analysis, the possibility for a woman to choose her subject position has less to do with the experience of violence, and more with the degree of support they find from their communities and in their closest relationships after the war.

This discussion is further complicated in relation to those who occupy several positions at the same time. As narratives of demobilized former combatants have shown, sexual assault, threats, and different forms of coercion within armed groups often mean that those who were perpetrators or agents of one type of violence could also simultaneously be victims of another. How does one name the subjects of atrocities in cases in which the terms ‘survivor’, ‘victim’ and ‘perpetrator’ collapse into each other because those who inflicted harm were simultaneously vulnerable to it?

This analysis has revealed more questions than has provided answers. In doing so, it has highlighted the need to be candidly reflective about the complexity of decisions surrounding the process of naming the subjects of mass atrocities. The first set of decisions and questions emanates from positionality: Whose choices are these to make and how does the narrator’s positioning relative to the atrocities and those affected by them influence the narrative? Different considerations are at play for researchers or journalists narrating others’ experiences of violence than for those narrating their own experience. Secondly, a temporal, context-specific element is also relevant: ‘victim’ and ‘survivor’ may refer to the same individual at different points in time and in different contexts, ranging from the direct experience of violence to the process of recovery and from legal settings to advocacy efforts. Third, the terms that can describe an individual experience may not resonate equally for describing collective trauma or harm at the group level. In all these cases, it is necessary to be explicit about what the terms ‘victim’ and ‘survivor’ can describe in a given context, and what they cannot capture, and who can appropriately make these determinations.

2 Responses to The Subjects of Mass Atrocities: Victims or Survivors?