Iraq elections: Marred by corruption? Can there be a Democratic Developmental Peace? 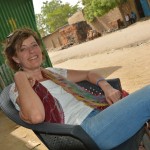 Presenting the research program: ‘Connecting in Times of Duress’ (Leiden University, the Netherlands)

This research is being carried out in northern Mali, Chad (central, south, the capital), Nigeria (south, southeast), Cameroon (the border area with CAR and Nigeria) and the Central African Republic (the border zone with Congo). Technological changes, especially in the domain of Information and Communication Technology, have colored the recent history of these regions. And although wireless coverage here is mostly still far below the average levels found in Europe, South Africa or Kenya, having even relatively poor coverage is making a huge difference to ordinary people’s connectivity compared with the situation as recently as five years ago. Improvements in this domain are to be expected in the coming decade.

The regions under study have a particular political configuration that we label ‘duress’. Duress is the emic, i.e. the experience of political oppression, conflict, situations where national politics are not meant to benefit the population per se. These are often part of state dynamics that could be characterized as Kleptocratic (see Alex de Waal). These states have internalized uncertainty as their main instrument of governance. Uncertainty here means that people living under such regimes are never sure what will be put in place (laws, rules, phone tapping, ICTs, etc.). This not only generates fear but also creates confusion, uncertainty, insecurity, distrust, stress and apathy. Chad and Cameroon’s access to resources (oil, gold, minerals) has turned them into autocratic development states. Chad’s capital city, for instance, has been nominated by the President as the future vitrine de l’Afrique, which will be realized with huge infrastructure projects. And CAR and Mali have been subdued by violent conflict and the political manipulation of violence that informs duress. These developments are backed up by a long history of violence and authoritarian states and the border areas we are studying are informed by these political dynamics.

Duress is also people’s accumulation of experiences of oppression and conflict. The emotions, behaviors, decision-making and psychology that go with duress are informed by such a history and the interpretations of it, which adds to their hardships in present-day realities. How reflectively and consciously these experiences are framed depends on the person’s education, position in society and so on, but for many people − both rich and poor − living under duress has become the norm and the context of their everyday lives.

It is expected that increasing connectivity will lead to better access to information and communication in an increasingly connected world, which will change the awareness of the conditions of duress and hence change the psychology, emotions and actions informed by duress. It will also change the experience of duress. When people can relate to what is going on in the rest of the world, the good and the bad, it can become part of their duress. Individual trajectories of choices and paths of development differ as the vital conjunctures in life will be different for each individual (Johnson-Hanks 2002). These diverse paths cumulate in a restructuring or gradual moving of the social fabric and its social institutions. We are interested how ICT and duress interact at the level of individual decision-making and how this subsequently influences political attitudes. We follow Patrick Chabal, whose seminal work Suffering and Smiling in African Politics (2009) takes political agency as the focus of research, to understand the working(s) of politics in Africa (and in the rest of the world for that matter).

ICTs and connectivity may also change the dynamics of the conditions for duress. In conflicts, rebels and governments/the military are profiting from the new possibilities for communicating in organizations and in information. The diaspora is gaining a new role in Africa’s wars, and conflict and practices of repression are undergoing considerable transformation. Efficiency, increasing bodies of information and the in- and/or exclusion of people from a wide geographical space are some core elements to be considered here. It is clear that these are progressively evolving developments that need a specific ethnographic understanding. Such subtle dialectic dynamics of change or reorganization can only be understood with diachronic ethnographic research that results in biographies of individuals, social groups and institutions. The principal actors in our research are the young people who have been at the forefront of the process of (non)appropriation of ICTs in their lives. What will their (dis)connected actions be in reaction to the politically oppressive or violent systems they are increasingly becoming aware off? In this program, we are combining different methods: (alternative) archives, digital methods, visuals, intensive collaboration, interviews and ethnography.

The research program is still in its early stages: PhD and MA projects have been set up and the students are working in their respective regions. For more information on these, go to: www.connecting-in-times-of-duress.nl

One Response to (Dis)Connected Actions? Youth and Duress in Africa