Sudan and Egypt: Turning Points Civilians reap what others sow: a commentary on today’s news round-up 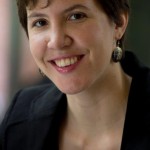 A New High, A New Low

Wasteful military spending is as old as war. As then-Secretary of Defense Robert Gates wryly observed about the founding of the U.S. Navy, “Henry Knox, the first secretary of war…was charged with building the first American fleet.  And, to get the necessary support from the Congress, Knox eventually ended up with six frigates being built in six different shipyards in six different states.  Some things never change.”

As with all perennial problems, it’s easy to become blasé about the impact of such boondoogles. But what we’re resigning ourselves to, when we fail to vigilantly prune back this particular weed, is not the status quo, but a massive ballooning of waste, fraud, and abuse over time, at an ever increasing cost to anything else we try to achieve.

The fruit of neglect in our era is the Lockheed Martin F35 Joint Strike Fighter, likely the most expensive weapon in the history of warfare. Over the course of nearly 20 years of development, the estimated cost of procuring the F35 crept up. It didn’t happen in a day – each “couple of billion” cost increase – practically a rounding error by Department of Defense standards – seemed necessary at the time, in a way that may that may seem eerily familiar to anyone who’s ever patched up a lemon of a car or house. The computers didn’t work. The plane was too heavy. The power cut out while it was flying. There are cracks in the structure.

But a billion here and there adds up, with the program cost ballooning from $219 billion (1997) to $395 billion (2012) and counting. Even after the Pentagon finally strong-armed Lockheed into serious cost control a few years ago, and significantly cut the number of planes it will buy, the total lifetime cost of the F35 looks to be, optimistically, $1.02 trillion.

All of the figures in the previous paragraph are so enormous that they cease to have any real meaning – they’re unimaginable. To bring them down to earth, the World Peace Foundation decided to have a concrete look at what else that money could have bought:

And last but not least:

4. Funding for the entire U.S. Department of State (including USAID) and for all United Nations peacekeeping missions for roughly 20 years.[i] This includes every mission the UN sends to help to help countries torn by conflict create the conditions for lasting peace, as well as the primary funds the U.S. dedicates to the mammoth task of “help[ing] prevent wars, secure our borders and prtotect Americans and promote our values and interests abroad”[ii].  These are all appalling, but it’s this last that particularly caught our attention. It’s widely acknowledged – not least by our political and military leaders – that when it comes to conflict, an ounce of diplomatic prevention is worth a pound of military cure. And yet.

Weeding is a time-consuming, dirty, and endless chore – much like dealing with the defense industry, entrenched bureaucratic interest, and especially the U.S. Congress. But like all neglected but necessary chores, the longer we leave it, the greater the cost.

[i] Relying upon the New America Foundation’s $10-15 billion dollar a year estimate. It is notable that this estimate is much higher than the Obama Administration figure, which is roughly $7.5 billion a year over the next 10 years. http://earlyed.newamerica.net/blogposts/2013/doing_the_math_the_cost_of_publicly_funded_universal_pre_k-80821 [ii]  http://www.un.org/en/peacekeeping/operations/financing.shtml – $7.83 billion for all UN Peacekeeping ops(global budget, not only U.S. contribution), $46.2 billion for the entire U.S. State Dept. budget, including USAID – http://www.state.gov/documents/organization/222898.pdf (pg 4) – 54.1 billion combined, so roughly 1/20th of 1.02 trillion. [iii] Ibid.
Share
Tagged with: arms trade • F35