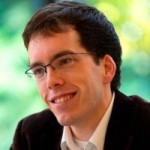 On July 29th, the New York Times journalist Rukmini Callimachi published a fascinating account of the role of hostage-taking in the operations of Al-Qaeda and other militant groups. Along with the article, the Times published several letters between members of Al-Qaeda leadership in the Sahara and in Yemen, which its reporter found in Mali. In these, Al-Qaeda discusses the business of running a militant organization: hostage-taking as one of their principal revenue sources, the challenges to leadership of upstart commanders, the proper protocols for carrying out strategic attacks, the calculated cost in men and funds of waging a specific campaign, and the imperative of securing a steady supply of weaponry. In short, we learn that Al-Qaeda commanders wrestle with many of the same challenges as any leader of any organization in a competitive marketplace: maximizing revenue, minimizing costs, ensuring steady supply of production inputs, streamlining key operational functions, and fending off competition, both external and internal.

We don’t often conscience comparisons between business managers and militants or warlords. The skill-sets required in and the incentive systems governing the market are assumed to be fundamentally different from those of war and politics. Yet Alex de Waal suggests that in many—if not most—parts of the world, politics and conflict are best understood as a marketplace, where loyalty and power are traded and bought; where violence is used as a tool, to increase or decrease market prices for loyalty; and where transactions are governed by the laws of supply and demand. Building on this helpful framing, my work considers what incentives govern the actions of political managers and entrepreneurs in such a marketplace. It seeks to understand how these political managers formulate strategy and make decisions by examining the political market through the lens of the business manager.

My hypothesis is that entrepreneurs and managers in political systems (political entrepreneurs or political business managers) act in ways which largely mirror businessmen in a market economy: they will, for example, creatively minimize costs while maintaining capacity to grow and diversify revenues and maximize profit. They will seek to minimize competition by increasing barriers to entry for new competitors, squashing alternative systems of power, and seeking to weaken existing competitors at every turn. In sum, I posit that the skill and tool sets of executive management – leadership, incentive systems, strategy, finance, and accounting: the core curriculum of any business degree – are almost as applicable to politics as they are to business.

If reliable, this perspective should allow us to better predict and understand the actions, incentives, and constraints of political entrepreneurs and political business managers. We may then be able to extrapolate from these to understand system-wide dynamics, predicting what effects the actions of a given political business units will have in the wider market for position and power. How will particular competitive landscapes – arrangements of market players and their relative power and positions – shape competitive dynamics? What will make the overall market more or less stable? In markets where (as in many cases worldwide) violence is used as a tool of coercion in political bargaining, what market dynamics will make peace more or less likely? When is a political market ripe for new entrants? When are individual groups more or less likely to splinter? What effect is external intervention likely to have on the stability and outcomes of a given political marketplace in both the short-term and the long-term?

In seeking answers for these questions, my principal focus has been on political systems in so-called “fragile” and “failed” states, though, as de Waal suggests, the dynamics of political marketplaces are by no means limited to these contexts. These apparently unstable, often conflict-ridden, states present some of the most nakedly evident cases of politics functioning as a marketplace and, therefore, make for ready test cases. Further, more than others, these contexts are particularly vulnerable to the effects of our mistaken assumptions about how political systems and power actually function, since they tend to become the targets of ill-fated attempts to “help” or influence political outcomes. With billions in development, security, and political assistance and attention producing few, if any, of the desired results, it is clear that our vocabulary and policy frameworks are due for a reexamination.

In the next post, I will briefly explore a few areas where a business management approach to understanding decision-making in the political marketplace provides potentially interesting insights.

Isaac Williams is a recent graduate of the Fletcher School of Law and Diplomacy. He advises companies and governments on investments and operations in frontier and emerging markets and studies the intersection of business management, militancy, and politics.