The Political Marketplace: Analyzing Political Entrepreneurs and Political Bargaining with a Business Lens Review: James Copnall’s A Poisonous Thorn in Our Hearts 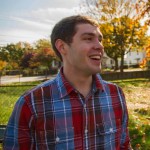 Event summary: A Poisonous Thorn in Our Hearts

The World Peace Foundation hosted a book signing and discussion of James Copnall’s new book, A Poisonous Thorn in Our Hearts, on October 16, 2014. The event was moderated by Alex de Waal and held at The Fletcher School of Law and Diplomacy.

Copnall, a former BBC correspondent to Sudan and South Sudan and the current editor of Making Sense of the Sudans, began his presentation by recounting the protracted conflicts that eventually led to Sudan being split between north and south. South Sudan formally achieved its independence on July 9, 2011. At the discussion, however, Copnall argued that the complete divorce between north and south did not actually occur until January 2012 when competing claims over the Heglig oil fields turned violent with the entry of national armies and proxy rebels into the dispute.

According to Copnall, these border clashes were the product of two new issues prompted by South Sudan’s independence from the north. The first was an economic crisis, as there had been no agreement on the price South Sudan would pay for the use of the North’s oil refineries. 98% of South Sudan’s government budget comes from oil revenues, but in an act of economic warfare, it shut down its oil production in January 2012. In turn, both sides introduced austerity measures that left little budget for the sustenance or development of vital services and institutions.

The second issue was the reemergence of old conflicts in South Kordofan and Blue Nile, where many residents align more closely with the south than the north. These reignited conflicts were drawn into the border disputes of 2012, which further exasperated the economic crisis for both sides due to an increase in military spending. An agreement, however, was finally settled in September. It established a demilitarization zone and oil began flowing north once more—but not before there were was a brutal crackdown on anti-government protests in Khartoum prompted by the austerity measures.

Yet as tensions between Juba and Khartoum improved, they got worse within South Sudan. A civil war erupted there in December 2013 that split along ethnic lines. Copnall argued that it was not, in origin, an ethnic conflict. Nonetheless, ethnic political bases exasperated the tensions amongst the political elite. President Kiir claimed that the civil war was a coup attempt against him and President Bashir flew from Khartoum to Juba in January 2014 to shows solidarity with Kiir. Copnall claimed that Kiir chose to support Bashir in order to keep the oil flowing, which increased popular mistrust against Kiir amongst South Sudanese.

Copnall concluded his presentation by claiming that the links between north and south continue, but that both countries need to be better-governed if peace and prosperity are to become a reality. This will be impossible if there continues to be mutual hostility between them and conflicts within them. Copnall also participated in a panel discussion with Den Majok Chol of the Harvard Kennedy School and Ahmed El Mahi of the Massachusetts Institute of Technology. Chol is from South Sudan, El Mahi from the north. This was followed by a Q&A session with members of the audience, who asked questions on topic ranging from civil-military relations to the legacy of John Garang’s political vision.