Event summary: A Poisonous Thorn in Our Hearts The Revolving Door Works but the System May Be Broken 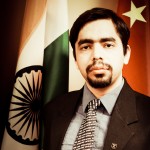 Review: James Copnall’s A Poisonous Thorn in Our Hearts

James Copnall is an eyewitness to what he calls Sudan and South Sudan’s ‘bitter and incomplete divorce’, having reported on the build-up to the 2011 referendum, and the hostilities that have marked and bracketed that historic event. In his new book, ‘A Poisonous Thorn In Our Hearts’, Copnall proposes to do much more than repeat the story of that divorce. He wants to provide readers “… (A) sense of who the Sudanese and South Sudanese are, and how they live, far from the TV cameras and gunshots of the latest crisis…”

The book can lay serious claim to having accomplished this challenging task. Faced with a lack of reliable and objective data, Copnall adopts a unique format. The book flows seamlessly from academic discussions of thematic issues to speaking with individuals for whom those issues are lived reality, conveying the myriad ways in which the people of Sudan and South Sudan shape and are shaped by their shared history. There is a fine line between speculating without data on the one hand and conflating anecdotes with context on the other; the book is largely successful in maintaining this balance.

Copnall’s meticulous attention to detail enables this balancing act. Supplementing his reporting on the region with multiple interviews, he is able to create a rich and nuanced image of Sudan’s exceptional yet problematic diversity, which his various interlocutors describe poignantly as trying to “dance like an African to Arab music” or“…being among Africans, too Arab, and among Arabs, too African.” This question of the Sudanese’s conflicted identities underlies every conversation, as citizens of both countries struggle to define a future that is not hostage to enduring hostilities. Can these building blocks, of remembered pain and conflicting purposes, be assembled into a semblance of peaceful coexistence?

Some would suggest they cannot: the book’s title comes from a diatribe delivered by Tayyeb Mustafa, leader of Sudan’s hardline Just Peace Forum, dripping in the very venom he accuses the South of embodying. Mustafa is uncle to President Omar al Bashir, who retains his position only by manipulating every faction – military, Islamist, political, security, business – through repression and the invoking of threats, real and imagined. Across the restive border, the SPLM/A government is spending the goodwill earned in liberating South Sudan almost as quickly as it has exhausted its oil and aid revenues, and as the tide of money recedes, old underlying ethnic tensions resurface to deadly effect.

Copnall is no neutral observer – he calls out villainy, manipulation, corruption and incompetence where he sees them, often amplifying his interlocutors’ voices. He avoids, however, the too-simple condemnation, reminding the reader of the complex realities that exist on the ground. The past is chequered, and the way forward resembles a village path – more pothole than road, clear enough to see but difficult to drive down. Written with compassion and integrity, this book provides a clear-eyed survey of those routes, and a glimpse into the minds of the people who built them, and trudge upon them today.

One Response to Review: James Copnall’s A Poisonous Thorn in Our Hearts