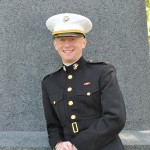 Review: James Copnall’s A Poisonous Thorn in Our Hearts

The unfortunate truth is that for many people Sudan means the conflict in Darfur and little more. Despite experts on the now two countries being chest-deep in complexity with the proverbial water still rising, superficial knowledge of the region’s humanitarian crisis remains the limit of public understanding of the area even in the aftermath of the South Sudan’s independence. Making matters worse, little literature is available to deepen that understanding.

It is a vicious cycle, one not voluntarily chosen by the public, but nonetheless alive and well because it has not been attacked by any person with the capacity to break it, and understandably as well. Trying to do requires confronting a daunting question: how do you explain thousands of years of cultural history to make people care about them in context to current events? Many have tried and many have failed, but James Copnall does not with his new book, ‘A Poisonous Thorn in Our Hearts: Sudan and South Sudan’s Bitter and Incomplete Divorce’.

After having spent three years as the BBC Sudan correspondent covering South Sudan’s independence, the Darfur war, and the various clashes within the countries, Copnall has penned a seminal composition on the Sudans using their recent split in 2011, which he calls “not a total rupture…[but rather] a bitter, incomplete divorce,” as the starting point for revealing and addressing the true forces driving societal events. His seven chapters (‘People and Identity’, ‘Politics’, ‘The Economy’, ‘Development’, ‘Insecurity’, ‘The Sudans and the World’, ‘The Sudans’) impartially explore every major element of society in both countries through “the experiences, opinions and hopes of all sorts of Sudanese and South Sudanese, from politicians in three-piece suits to barefoot cow-herders, along with superstar singers and Darfuri tea ladies.” It is hard to imagine any segment of the population whom he did not provide a voice in his account of the independence of South Sudan and in doing so he delivers on his assertion that the Sudans are two of the most interesting countries in the world.

Copnall’s balanced, people-centered approach advances public discussion on the Sudans filling a glaringly vacant hole – that left by the lack of a proper introduction. He demonstrates with ample evidence that in a world with the “tendency to analyze the two Sudans separately” that great insight lies in concentrating on their “common past, interwoven present, and mutually dependent future.” By doing this he argues, the world would have easily foreseen the naivety in thinking that the separation of Sudan and South Sudan would magically resolve the many problems that once plagued a united Sudan.

To deliver his argument, Copnall adopts a format akin to that of an academic textbook by using repeated subheadings to overtly tell the reader how to properly structure the exhaustive amount of information provided in their minds. While some may understandably find this annoying to the flow of a larger narrative, it augments the introductory nature of the book making it the perfect primer for those completely new to the topic. This, however, comes with an unintended consequence. The measured tone used by Copnall to present the characters and events in an introductory manner does disservice to his commanding authorial voice and causes his occasional attempts at in-depth analysis to feel awkward and out of place at times – not something unexpected in a book written to better function as an introduction.

Sometimes a writer has to create the story he tells, but more often than not, a writer must be selfless enough to allow the story to tell itself. Copnall achieves that here pulling back the curtain limiting public understanding and assaulting the convenience that unintentional ignorance provides. The awareness and sincerity used to shape A Poisonous Thorn in Our Hearts makes it an invaluable contribution to the library of works on this topic and is a clear product of Copnall’s integrity and humanity. Hopefully there will be a sophomore effort to follow this fine freshman performance.

The opinions expressed herein are those of the author(s), and are not necessarily representative of those of the Department of Defense (DOD); or, the United States Army, Navy, Marine Corps, or Air Force.