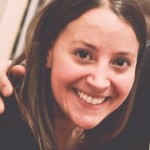 A triumph for transparency in defense spending came earlier this week when the Pentagon reversed its decision to classify information about funds spent on military training for the Afghan army and police. The reversal came after mainstream media joined traditional DoD allies in criticizing the decision. For instance, John McCain stated: “These are taxpayers’ dollars. Now, there may be some sensitive information, and I’ll be glad to listen to that, but a blanket censorship is not acceptable.”

At heart of the outcry over the Afghan auditor’s report was the connection between how funds are spent to support key personnel– lacking this information, it is not possible to assess whether public funds are used in responsible ways that further strategic goals. But secrecy is not the only problem in oversight of Department of Defense spending. Even where information is available, if it is not tied to engaged oversight, it can merely accumulate—much like the Pentagon’s personnel. This is the point that a recent GAO report made, which concludes that the DoD organizations it reviewed, “do not determine their personnel requirements as part of a systematic requirements-determination process, nor do they have procedures in place to ensure that they periodically reassess these requirements as outlined in DoD and other guidance.”

A more blunt summary of the report can be found in the deadline of an article on the report by the Stars and Stripes, a US news outlet focused on military affairs, “Pentagon has no handle on personnel bloat.” The article continues, “the Defense Department has not produced a realistic plan to make the cuts — and can’t say how many people it has or needs at its management headquarters.” So, despite Secretary of Defense Hegel’s request that the Pentagon cut personnel, the actual trimming was rendered nearly impossible because no one knows how big the Pentagon staff actually is.

The report from the Government Accountability Office tracks government hiring patterns from 2001 to 2013. It shows that headquarters personnel levels for the United States Office of the Secretariat of Defense, the Joint Staff, the Marine Corps, and the secretariat and staffs for the Army, Navy, and Air Force have all increased during the reviewed time period to accommodate new divisions, departments, and specializations (demonstrated in Figure 1 below). Statutory limits on department size put in place in the 1980s and 1990s have been suspended since 2002. Despite overall net increases over the time period, in most offices, staff numbers have begun to level off or decrease recently due to economic and fiscal constraints that have created pressure to more efficiently and effectively use resources allocated for personnel. The US Department of Defense (DoD) is facing a 20 percent budget cut to its spending on headquarters staff, and will need to complete a comprehensive cataloging and review of personnel and staffing requirements in order to comply. Currently the DoD does not have sufficient personnel oversight to ensure that staffing efficiently meets and matches operational needs. 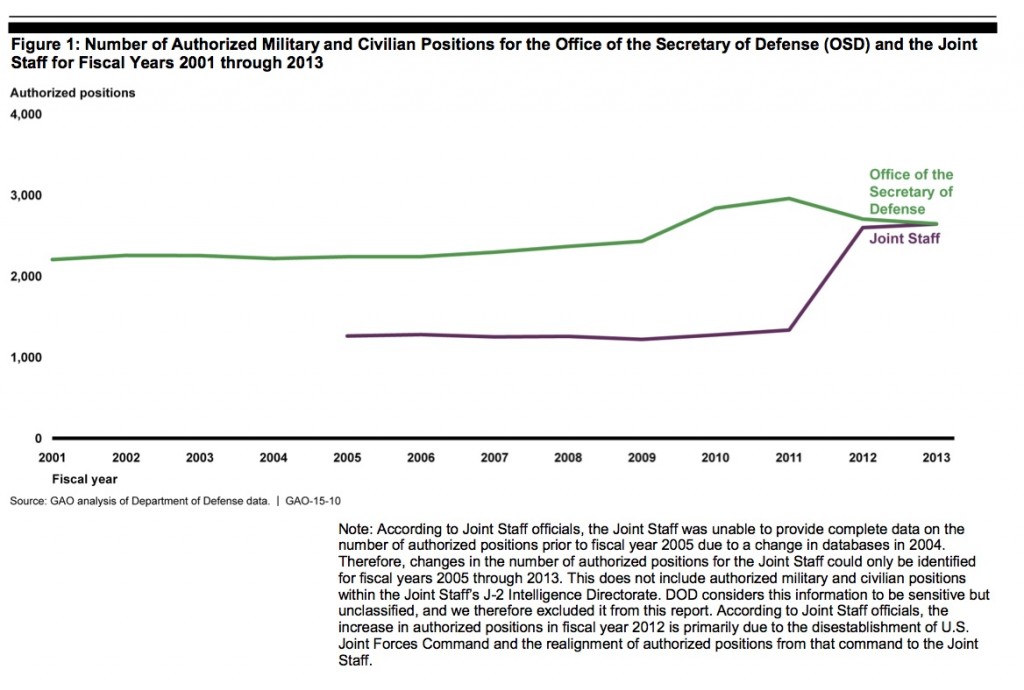 The GAO also concluded that the true size of DoD headquarters operations are often masked by a number of subordinate organizations that are actually performing headquarters and management functions, and estimated that 55 to 56 percent of the Office of the Secretariat of Defense headquarters workforce is comprised of full-time contract workers (demonstrated in Figure 2 below). Given the relatively high cost of contractor salaries as compared with regularly hired government staff and other concerns raised by contracting out government services, one option for reducing the DoD headquarters personnel budget would be to actively replace contractor positions with DoD direct hires. In the period between 2001 and 2013, the DoD hesitatingly began this process, and DoD officials reported to the GAO that some of the increase in staff levels observed during the 2001 to 2013 time period was a result of converting contractor jobs to directly hired positions. A continued effort to reduce the personnel budget and decrease the number of government positions occupied by contractors is likely to result in an increase in the number of government employees, but a decrease in spending on DoD personnel. 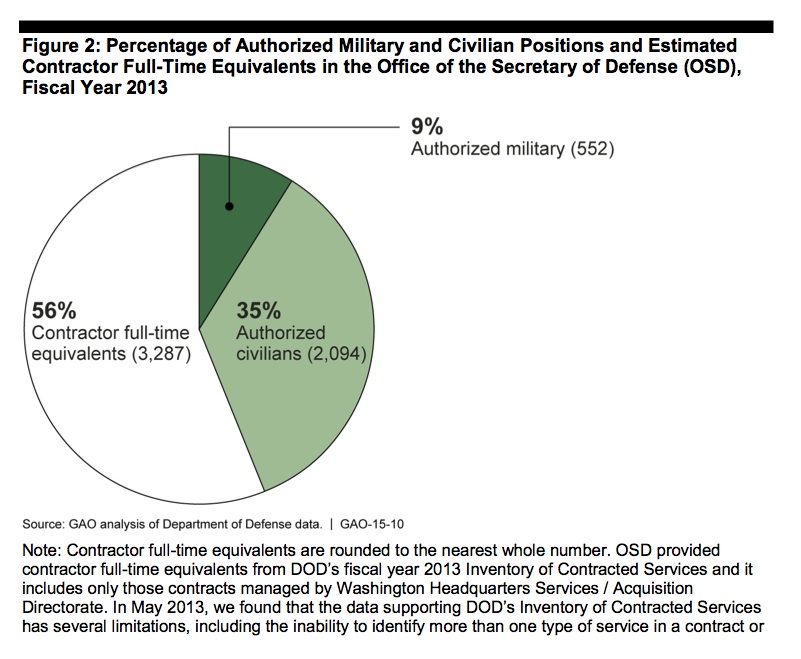 The first step in a rational downsizing operation would be to get a handle on the Pentagon’s current size and requirements. It is a sign of how supersized U.S. military and security structures are, how weak critical oversight is, and how many private firms have profited from the years of war that this task was not possible. The defense of democratic practices that rallied mainstream media and Pentagon supporters to de-classify information about U.S. support to Afghan troops ought to be the norm, rather than the exception, when it comes to defense spending.