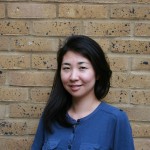 Increased climate uncertainty, changing lifestyles and disparities in socio-economic development make finding solutions to water scarcity and water-related hazards significant. Today, there are both persistent and emerging water insecurities that can have major impacts on communities, nation-states and the natural environment. New ways of engaging cooperation between a range of stakeholders are becoming increasingly important. This blog post follows from the previous entry on ‘Water securities and insecurities: event summary’ and takes the discussion further to better understand water cooperation, drawing on some South and Southeast Asian examples.

What are examples of water cooperation? International agreements between nation-states sharing a transboundary river could be one, or the setting up of water user associations between local stakeholders in a basin. It could also point to the processes of data sharing or joint learning to identify solutions to water scarcity or abundance. However, as I argue in my latest book ‘Transboundary Water Politics in the Developing World’, conflict and cooperation are not polar opposites whereby the existence of one (e.g. cooperation) means that the other (e.g. conflict) does not occur. It is not unusual that international transboundary river basins exhibit situations where technical committees are established or agreements put in place, but characterised by political rivalry and stalled negotiations—as in the case of the Indus or the Ganges river basins. Viewing conflict and cooperation as coexisting in combinations of differing intensities provides rich ground to understand how institutionalisation exists side-by-side with tense foreign policy. For example, between Nepal and India, it might seem that the ‘landmark treaty’ put in place to govern the Mahakali River (a major tributary of the Ganges) has laid down principles of river basin development. However, the subsequent negotiations over specific clauses of the treaty demonstrated a highly contentious political process to share benefits equitably. Here, we can begin to understand how institutions may provide norms of ‘equitable benefit-sharing’ but the actual implementation of such is charged with power asymmetries, historical issues of perceived inequity, and socially constructed knowledge of existing water use.

Cooperation needs to be examined in detail and with a critical perspective to understand its effects on bilateral/multilateral relationships and transboundary water resources management practice. A useful example is the notion of the ‘Mekong spirit’. This phrase is commonly used to describe the cooperation that Laos, Thailand, Cambodia and Vietnam have demonstrated despite being political adversaries and the recurring regional instability in the past. It is often claimed that the ‘Mekong spirit’ of pragmatic cooperation between the lower Mekong basin states has enabled the development of projects utilising the abundant water resources. However, I argue that the seemingly harmonious ‘Mekong spirit’ obscures the power politics as play, where national interests and power asymmetries between the basin states drive these river basin projects. If examined closely, it can be seen that under the guise of the ‘Mekong spirit’, national projects utilising the tributaries of the Mekong River were promoted, leaving the question of binding rules for water allocation and the consideration of mainstream dams untouched. Despite the establishment of river basin organisations over the years, water allocation remains a very sensitive issue. In addition, the ‘Mekong spirit’ is silent on how the river basin organisation can engage with upstream China—a crucial issue when mainstream dams are being constructed and planned in the upper basin.

Managing water is a wicked problem where straightforward solutions will not suffice, or can even be found. The parameters of water resources management are dynamic, with water demand affected by and affecting multiple sectors: agriculture and land use; energy supply and demand; urbanisation. Employing a basin-bound perspective may obscure how for example in the lower Mekong basin, large dam development has been facilitated with a combination of factors relating to the neoliberalisation of the energy sector and investments from the private sector. There are also many stakeholders at various spatial scales, from local to global that shape narratives of ‘good’ water resources management. Analysis necessarily gets messy as we need to develop interdisciplinary approaches to understand these sectoral links and how scales interact with each other. It has often been suggested that wicked problems require clumsy solutions that purposely engage the participation and input from a range of stakeholders. Such a process may not be easily achieved but foregrounds the important notion of plurality in decision-making. It is clear that it is not the local communities relying on the riverbanks of the Mekong River that are shaping the debates around dam development in Southeast Asia. Getting to grips what cooperation means in plurality may be insightful especially in the South Asian context where climate change impacts to the Asian water towers bring about uncertainty in energy production (not to mention river flow patterns); and in Southeast Asia where dam development poses tradeoffs with livelihood and ecosystems, and points to the growing inequalities within basin states. In these cases, it is not a simple matter of making normative judgements of how cooperation can be beneficial but asking who actually benefits from such ‘cooperation’. In other words, it is necessary to think about where the praxis of political power lies when it comes to decision-making over water allocation and water management practices.

Dr. Naho Mirumachi is Lecturer in Geography, King’s College London and this blog post draws on her work in ‘Transboundary Water Politics in the Developing World’ (2015) from Routledge. She can be reached at naho.mirumachi@kcl.ac.uk