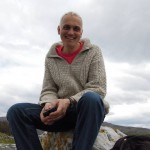 Review of Marc Epprecht: Sexuality and Social Justice in Africa

The adversaries of African lesbian, gay, bisexual, trans and intersex people are diverse and they collude in unexpected ways. African nationalist leaders, fossilized into autocrats, say nasty things about them before embarking on austerity programmes or land-grabs. These nasty things are echoed by clergy from the United States wanting to ‘teach’ Africans about the family or to win a political-religious constituency in America. Ambitious African archbishops and imams team up with parliamentarians, cops and judges who want to jail or hang people who are sexually different. Rapists want to rape them, and call rape a cure for homosexuality.

Assailed so bewilderingly from so many directions, you would think that lgbti people (the lower-case acronym preferred by Marc Epprecht, the author of this book) need helpful, capable friends. Yet many of their supporters – particularly in the west – appear capable rather than helpful. Opposition to African homophobia is often led by western activists disconnected from Africa’s dazzlingly colourful world of social possibility. They look for black-and-white narratives of gay victimhood or heroic resistance. They hector Africans with human rights certitudes. In pursuit of sexual justice, they sup with a short spoon with the likes of British Prime Minister David Cameron.[1] And sometimes they wield unreflectingly the West’s familiar weapons – the colonialists’ slanders about the ‘brutality’ or ‘backwardness’ of African culture, and the donor diktat of the neo-liberal age.

In the first chapter of this book, Epprecht describes the confrontation staged between Africa’s homophobes and the Gay International (an affectionately mocking name for the alliance of activists working for global recognition of lgbti rights). This confrontation frames the book’s central question: what is to be done? How can health and human rights activists in Africa resist rising homophobia and at the same time resist the tendencies to co-opt their struggle to promote the intolerant, polarizing, stereotyping accounts of African social relations that thoughtless western lgbti activists and their most powerful backers sometimes adopt?

Sometimes, Epprecht doesn’t quite manage to summarize the complicated academic debates that underlie his critical discussions of terms. After all, it is hard to be pithy about the tangle of desires, practices, identities and physiologies that is summed up in the expression ‘lgbti’. I found the fuzzy line that he draws between ‘sexual orientation’ and ‘sexual preference’ a bit difficult to follow.

I also felt that his critique of liberal internationalism, with its universal diagnosis and universal remedy for its universalized experiences of sexual outsiders, across a world still divided by the colonial encounter, could have been sharper and perhaps more gleeful.

Nonetheless, this is a book with many virtues. Ambition is one of them. Epprecht presents a vast amount of evidence from pre-colonial, colonial and post-colonial Africa that shows how it has historically accommodated sexual diversity. Set out in the book’s three central chapters – 113 out of its 222 pages – this substantial review of culture, religion and state histories rebuts the argument that lgbti experiences have been imported from outside Africa. At the outset, Epprecht says that he does not intend to debate homophobes, fundamentalists or other rhetorical firebrands. But in these chapters he demolishes their main arguments so efficiently and cleanly that perhaps debate is not necessary.

Epprecht’s account of homosexuality in African culture comes in a chapter entitled ‘Demystifying sexuality studies in Africa’. It makes the case that homosexuality is indigenous to Africa, from a wide reading of all sorts of literature – colonial ethnographies, World Bank reports and South African court cases, and western academic studies of sexuality. Western academia can help frame evidence from culture and link it to African development, he argues. He makes this claim somewhat apologetically – because western analytical frameworks for sexuality have after all been misused by colonialists and liberal internationalists. But Epprecht is good at summing up the insights from (sometimes impenetrably-phrased) western scholarship, and he should be allowed to do so, because he is clearly an attentive reader of African scholarship too. About fifty of the books in his bibliography were published in Africa. Not many Africanist scholars in the Anglophone north could cite so many.

Chapter three deals with African religions and sexuality. Here Epprecht’s gift for courtesy towards potential opponents serves him very well. He argues persuasively that African religions – traditional/ancestral, Christianity, Islam – have a history of great diversity and are not inimical to lgbti experience: ‘overemphasizing the homophobia (and sexism) in African religions, and constructing faith unambiguously as an enemy of progress … contributes to the impasse to people on the extremes of the debate, and closes down some of the humanistic, community-building potential of those faiths’.

The chapter presents an enormous spread of literature on religious history, law and practice from ancient times to the moment. It has some great historical and ethnographic vignettes – the sex play that is part of growing up in East Africa; the transgender personas that some traditional healers adopt or accept; and eunuchs, the cracked looking-glass of sexuality in any society where they live. And some great characters: Dona Beatriz Kimpa Vita, an eighteenth-century Kongolese prophet who denounced the slave trade and taught that Jesus and his family were black. Her marriages failed because she believed that she was possessed by a male spirit. She tried and failed to convince herself that the child she conceived was conceived as immaculately. She was burnt at the stake by the Portuguese as a heretic.

One of Epprecht’s claims is that Muslims and Christians who reject textual literalism are less likely to be homophobic: ‘Was Dona Beatriz transgendered? Who knows; perhaps, but does it matter? What is really pertinent to us today is that the Bible should not be read in a literalist and dogmatic way. God would judge us on our intentions, she said, not on our ability to follow rules and regulations set down in foreign languages by faraway people’. Sufism and Ismailism, two Islamic movements with a presence in Africa, also often adopt non-literalist approaches to texts, and Epprecht sees hope for the accommodation of sexual diversity in their non-literalism. I wished, though, that this chapter told the story of a great African literalist – the third-century radical Christian philosopher, Origen of Alexandria, who advocated universal perfection, the extinction of evil and forgiveness for the devil. According to his biographer and near-contemporary Eusebius, he castrated himself in a literal response to a verse in the Gospel of Matthew: ‘there are eunuchs who have made themselves eunuchs for the sake of the kingdom of heaven.’ Could we have a queer re-reading?

But I’m digressing. Chapter four (‘Sex and the state’) is a sharply written account of the views and practice of homosexuality in pre-colonial states. It gives a diligent description of the way that colonialism and homophobia got mixed up together – focusing on experiences in southern Africa. The wars and traumatic migrations of the colonial period separated and reordered African family systems around the male labour needs of the mine and the factory and the female labour needs of the farm. When Africans dealt with this trauma by improvising new urban and rural sexual orders that tried to come to terms with family separation, colonialists were quick to deploy sexual slanders about ‘African’ promiscuity and voracity. They promoted homophobia and ‘respectable’ versions of sexuality in response, and lured the tiny African middle class (which dominated nationalist movements) into sexual respectability and with it homophobia.

Homophobic laws written by colonialists (‘the abominable crime of buggery,’ says Sierra Leone’s 1860 sodomy law) thus secured for themselves a post-colonial afterlife. But nobody paid much attention, at least not until the neo-liberal onslaught against Africa that began in the 1980s. The massive social dislocations that African leaders, at the behest of Western states, forced on their populations, led to a deep and multi-layered crisis for which lgbti people got some of the blame, as African leaders looked for scapegoats for their own culpability. Epprecht’s book is about that crisis, and this chapter is one of his strongest, convincingly situating African homophobia within the globally-manufactured crises in Africa. He deploys his powerful and cautious optimism in describing the way that some African states have countered homophobia rather than instrumentalizing it (for Epprecht, the state is part of the solution). And he gives a nuanced account of the complex interaction between US policies on HIV/AIDS and human rights and between lgbti struggles for justice.

The book concludes with two chapters that discuss strategies for the future. The rich descriptions that make up the centre of the book are reformulated into bullet-point recommendations for action in two domains – human rights and health activism. The possibilities and limitations of each approach are discussed pragmatically. The book’s finale gives the reader a sense of Epprecht’s commitment to addressing the discriminations that lgbti people face in Africa and to the wider benefits of inclusivity; and of his engagement with African activism. But it lacks the panache that marks most of the book.

[1] Cameron denounces homophobia in Africa, but his administration detains African lgbti asylum seekers, without trial, in centres near UK airports where some of them allege abuse, physical violence and sexual harassment. Detainees reporting sexual assault in some of these centres have been deported before assault claims are investigated.

One Response to Review of Marc Epprecht: Sexuality and Social Justice in Africa