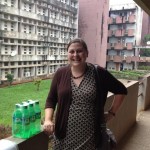 Do-gooders, do no harm: What are the best–and worst–ways to help those mired in international conflicts?

In today’s hyper-connected world, it’s easier than ever for those who live thousands of miles away from a conflict area to learn about a crisis. When people of good will hear about a crisis, be it the plight of Burma’s Rohingya Muslims, women survivors of sexual and gender-based violence in the Democratic Republic of Congo, or child soldiers in the Central African Republic, we want to help. Since the end of the Cold War, numerous international advocacy efforts concerning global conflict sprung out of these good intentions. Yet the results of these movements are often, at best, mixed, and in some cases actually made a crisis or the plight of innocent civilians worse. In “Advocacy in Conflict,” numerous scholars (including me, Laura Seay) explore how and why conflict advocacy efforts around the world went wrong. I sat down with “Advocacy in Conflict” editor and Tufts University scholar Alex de Waal to discuss why well-intentioned advocacy efforts so often fail, the challenges of celebrity involvement in conflict causes, and how advocates can do better & more effective work.

LS: You make a distinction in the book between “advocates” and “activists.” What’s the difference, and why does it matter?

de Waal: The key distinction is between those activists and advocates who act in critical solidarity with the downtrodden and oppressed, and “designer activists” and celebrity advocates.

An authentic activism requires making the affected people the protagonist: letting them define the issues, and welcoming their complicated manifold stories. It demands asking difficult questions about the use and misuse of power by western governments and their friends.

The modus operandi of “designer activists” is typically an amalgam of crafting a script for the media based on a narrative in which relatively simple external actions can unlock substantial change in a faraway crisis, along with insider policy lobbying to influence U.S. policy actions. They also usually pick on already-identified villains, such as Omar al Bashir or Joseph Kony, and avoid the difficult cases, where friends and protégés of the west are in power.

Theirs isn’t a benign variant of activism: it’s insider lobbying within the Washington establishment using celebrity hype as leverage. Because it relies on Hollywood actors and their hangers-on, for whom the only possible role is protagonist-savior, it is no accident that the purported solutions place the “activists” themselves at the center of the narrative, and push for a greater and more intrusive use of American power worldwide. It violates that basic principle of public action: Do no harm.

LS: Where have international advocates gotten it wrong despite having good intentions? What’s a particularly stark example of “what not to do” profiled in the book?

de Waal: We have three African cases in our book. One is the #Kony2012 campaign by Invisible Children — a video that went viral in the United States, telling a grossly over-simplified story about the conflict between the Lord’s Resistance Army and the Ugandan army, and promoting a militarized response that is, in many respects, just as terrible as the LRA’s own (much reduced) ravages themselves. #Kony2012 was also misleading in that it was campaigning for the U.S. government to do something — provide military advisers — that it was already doing. Mareike Schomerus argues that the damage done by #Kony2012 was to promote a profoundly misleading idea: that young Americans could end mass atrocity in Africa by telling their president to send troops.

A second case is your [Laura Seay’s] own chapter on the conflict minerals campaign in the DRC. As you document, this campaign seized on the simple idea that western consumers could help end atrocities in Africa by stopping buying minerals such as coltan that might have been mined or traded by armed groups. The campaign became locked into its domestic campaign logic. In Congo itself, the “success” of the campaign spelled unemployment for thousands of young men and onerous reporting requirements on those producing or buying minerals in nearby non-conflict areas, none of which remotely contributed to ending atrocities — and quite likely the opposite.

Our third Africa case is South Sudan. I argue that many South Sudan advocates in the west — and especially the lobbyists in Washington, D.C. — held the SPLA and its leaders in high regard but to low standards, allowing them to develop a sense of impunity. Too many western advocates on Sudan had double standards, letting the SPLA leaders get away with abuses, including corruption and killing, that would have led to cries of “mass atrocity” had they been perpetrated by Khartoum. The South Sudanese elite’s resultant sense of privilege meant that on achieving independence in 2011, they felt they had joined the club of nations but did not need to stick to its rules. The current war in South Sudan, displaying depths of moral depravity by those until recently treated as America’s best friends, is testament to this error.

Another case we profile is the democracy campaign in Burma/Myanmar in which international advocates made the error of elevating Aung San Suu Kyi from being the symbol of democratic resistance, to becoming its unchallengeable leader. Maung Zarni recounts this story, focusing on how Suu Kyi achieved her iconic status more by serendipity than political organization, making it quite foreseeable that she would disappoint as she came closer to power.

LS: What’s a better way to do international conflict advocacy? How can advocates avoid making the mistakes the authors in the book examine?

de Waal: The principle of “do no harm” applies to advocacy as it does to humanitarian action. This demands a level of reflectiveness and humility among advocates, including (especially) extreme caution about invoking U.S. power. It requires balance and attentiveness to evidence, including readiness to change one’s mind when the facts change. The tough bit of human rights work is not condemning the official cast of bad guys, but holding one’s own colleagues and friends to the same standards.

The book shows how activism on cross-cutting issues, such as disability rights, the arms business and land rights, more often meets these criteria. These campaigns demand that diverse international actors develop mutual understanding of their different priorities and approaches, resulting in resilient coalitions.

LS: Policy- and lawmakers are often faced with competing demands on their time, and when it comes to the details of a particular international conflict, they may have to rely on what trusted advocates in their countries tell them. Yet a number of case studies in the book show why this model is problematic. What’s the solution for busy, stressed decision-makers who can’t reasonably keep tabs on the minutiae of every conflict about which they have to make decisions?

de Waal: Anyone who advocates on international issues will need to simplify. Policymakers should be attentive to some warning signs. One: Any advocacy story that puts outsiders at the center of the script is wrong—especially if that script claims that America’s use of coercive measures can solve a problem. Two: Simple and singular narratives are misleading. If little or no mental effort is demanded to take a position, something is wrong.

There are also some fundamental principles that are useful. Holding all actors to the same standards of human rights is one. Refusing to make humanitarian assistance conditional on political alignment is another.

LS: One of the themes in “Advocacy in Conflict” is the need to trust local activists to lead in finding solutions to conflicts in their own countries. How can outsiders know which activists to trust? What happens if they trust the wrong activists?

de Waal: To a large extent, local activists can be assessed by the same criteria as international advocates. Those who put their faith in external actors, to the detriment of domestic ones, are to be questioned closely. Those who claim certitude for their scripts should be treated gingerly.

And perhaps most importantly, only trust those who distrust force. It is pretty well-proven that nonviolent civil action is more effective in challenging dictatorship and ending violations than any use of force. Even in a hard case such as Sudan, nonviolence has been the only measure that has ever removed a military dictator. South Africa’s democratic movement used force, but it was always subordinate to a political strategy, in which nonviolent action played a larger role. Nonviolence is possible even in very unpropitious circumstances.

2 Responses to Do-gooders, do no harm: What are the best–and worst–ways to help those mired in international conflicts?