On the Seventieth Anniversary of the Destruction of Hiroshima Gender Under A Black Flag: ISIL Recruitment

Naypyitaw, the new capital of Myanmar, is built on a monumental scale. Nowhere is this truer than in the buildings of the legislature. 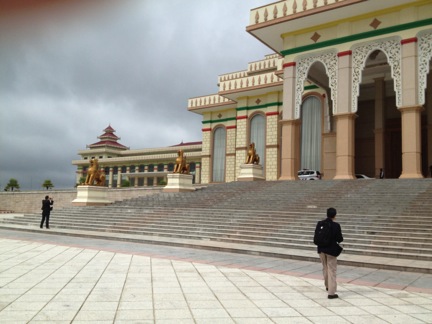 The hall of the House of Nationalities—one of the two chambers of the parliament—is grandiose. It is entirely public space: halls, corridors, meeting rooms, banqueting rooms, staircases. There are few concessions to human scale—only the height of the steps and the door handles gives an indication of where people might fit in. The library and the cafeteria—two essential spaces for humans to use the building—have been added as afterthoughts, their bookshelves and tables looking as though they are camping in vast public chambers. 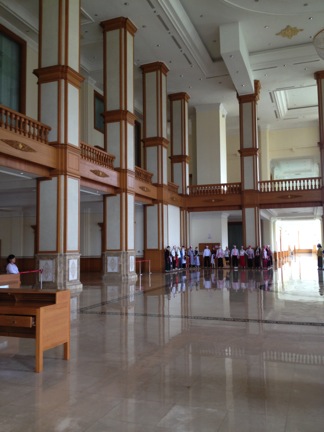 The lobby of the House of Nationalities is graced by a line of mannequins, male and female pairs, dressed in the designated national costumes of the officially-recognized nationalities of the country. The mannequins are actually commercial shop dummies, so their facial features are those of a western beauty magazine—presumably they will be replaced by more authentically Myanmar figures in due course.

A visitor might wonder if he or she has wandered into a museum of a Burmese Soviet republic. Just as the grandeur of the parliament building resembles Soviet monumentalism, so too the official regulation of ethnicity using the language of ‘nationality’ has echoes of Soviet theory and practice of nationalism. But looking closer, the details are all in a particular idiom, derived from the state socialism of the military government of 1962-88. Today’s public discussion of ethnicity in Myanmar makes reference to an everyday primordialism, to the colonial heritage, and to today’s politicized identities. The last element is framed by the country’s numerous armed insurgencies, efforts to negotiate a national ceasefire agreement involving the sixteen officially-recognized armed insurgent groups, and the ethnic vote in the forthcoming elections. But the imprint of scientific socialism on the rulers’ mindset remains.