South Sudan: No Money, No peace Non-Violence and the Political Marketplace

The changing nature of knowledge production in fragile states

By World Peace Foundation On December 4, 2015

We are excited to share with you a new online symposium developed by our colleagues at Humanity, on the changing nature of knowledge production in fragile states. In light of the intensification of evidence-based policymaking and the “data revolution” in development, the symposium asks what the ethical and political implications are for qualitative research as a tool of governance. The symposium will begin tomorrow with a short paper from Deval Desai and Rebecca Tapscott, followed by responses during the week from Lisa Denney and Pilar Domingo (ODI); Michael Woolcock (World Bank); Morten Jerven (Norwegian University of Life Sciences and Simon Fraser University); Alex de Waal (World Peace Foundation); and Holly Porter (LSE). We hope that you enjoy the symposium and participate in the debate!

The first essay, “Tomayto Tomahto: The Research Supply Chain and the Ethics of Knowledge Production” by Deval Desai and Rebecca Tapscott is already available, below is an excerpt:

In December 2014, we held two workshops in Gulu, Uganda, to explore some of our intuitions and initial ideas that emerged from several years of working at the nexus of research and development. How widespread were the challenges posed by market conditions for research? Could they be expressed systematically, or were they still embedded in the fantasy of the organic narrative?

Over two days, we gathered approximately 20 Ugandan and foreign researchers to discuss some of the ethical questions we’ve posed here, focusing on the relationship between foreign researchers and local research assistants. This relationship is a key one in the research supply chain. It is explicitly contractual. The research assistant is paid to translate context. At times, the researcher further relies on that translation to make ethical choices (whether to pay research subjects for participation, how to respond to corruption in the research institution…).

International researchers energetically described ethical challenges, discussing the compromises they have to make on a day-to-day basis as part of the job. Several repeatedly raised the notion of “bringing research back” to communities they had studied as a key ethical move, a way of validating research when they could not promise direct benefits from the research itself. For some, “bringing research back” described an ongoing process of engagement with research subjects that began well before completion of the research and which continued long after. For others, “bringing research back” entailed presenting a final product, the last opportunity for subjects to participate in shaping the product, and symbolizing the end of field research, a form of closure of the relationships between researcher and researched, where ethical obligations similarly would cease. In the research supply chain, either approach to bringing research back can be understood as a move to depoliticizes the researcher: it circumscribes relationships and obligations by focusing on research findings, reified in a physical document, that become the site of political struggle. What relationships remain exist as a matter of individual engagement and ethical choice. From this perspective, bringing research back can distract us from the lingering and systematic effects that the research process might have on local power structures or individual narratives, which are instead a matter for future researchers to take into account when designing their methodology.

Ugandan researchers, by contrast, remain proximate to—and frequently part of—those lingering effects after the research is over. Working with internationals is a job. They assured us that they would tell their international employers if anything ethically problematic came up and established their bonafides with stories of the unscrupulous practices of other foreign researchers. At the end of the day, however, a number of participants pointed out that to raise questions about a potential employer’s project would be bad for business. Although we set ethical standards at the global level, and rely on local researchers to implement them in a context specific way, the research supply chain highlights the improbability of this. Local researchers have a doubled consciousness. They see international researchers as both individuals and as part of a broader system—sources of repeat work and possible connections to other employment opportunities. 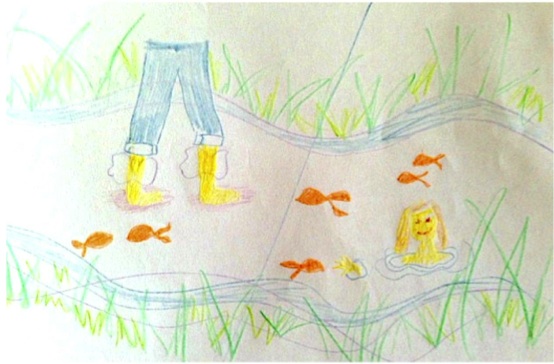 The full essay, responses and more are available here.