This note briefly outlines a research agenda on mercenaries and private military companies (PMC’s)[1] in Africa’s political marketplaces. It is driven by: (a) a desire to understand mercenarism within the context of broader political, economic and social changes in global and local governance; and (b) the need to move away from simplistic analyses of mercenarism as ‘private for-profit’ usurpation of the state’s ‘legitimate, public’ security functions.

This research has practical implications. Studying private militarism can (a) help us better understand the emergence of new forms of security governance which are being created by cooperative and competitive interaction between a range of global, local, private and public security sector actors (Abrahamsen & Williams 2011); and (b) illuminate the changes in political systems which drive, and in turn are affected by these emergent forms of security governance.

Today’s private military and security companies are the latest incarnation of commercial militarism. They make up a multi-billion-dollar industry and provide a range of military, logistical and security services to an array of private public and multilateral actors. For instance, firms such as Halliburton, and Kellogg Brown and Root, provide technical and operational support, whereas others, such as Executive Outcomes (which has since morphed into several other companies), Reflex Responses and Sandline International actually participate in direct combat, or provide training to government and other multilateral forces. In places such as Somalia, the same firm could be engaged in supplying equipment, training local forces, accompanying national armies on missions as ‘observers’, and providing security to public or commercial assets at different times and for different parties.

Mercenary activity has a long history in Africa, and mercenaries have always operated at the behest of (or at least with the tacit consent of) former colonial powers and superpowers of the day (including in wars against other such powers). They led the first phase of colonial conquest, and then reemerged during the decolonization movements of the 1960’s. In fact, Africa’s experience of mercenary activity in the 1960’s led to the adoption of the 1977 OAU Convention for the Elimination of Mercenarism in Africa, 24 years before the UN Convention on Mercenaries took effect.

Periods of mercenary activity have historically however, ended with the imposition of some form of governmental control. Mercenaries have either been subsumed into governmental apparatus, or replaced by the trappings of statehood. What is particularly interesting about this most recent phase of commercialized militarism is that it is taking place in countries which are transitioning into permanent political marketplaces, a form of political organization distinct from the classical Weberian state. 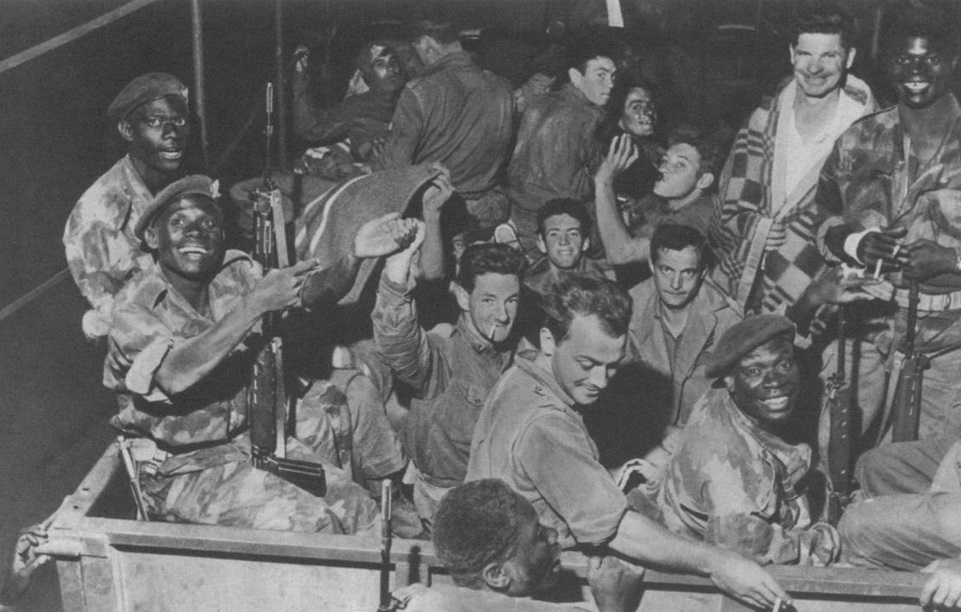 The globally integrated political marketplace refers to a monetized system of politics where political authority is not institutionalized. Instead, politics is run on the basis of personal transactions in which political loyalties and services are exchanged for material reward on a competitive basis. In these systems, the ‘conduct of political business as exchange’ is central, and ‘cooperation’ and ‘allegiance’ are commodities, whose prices fluctuate according to the laws of demand and supply (de Waal 2015). The political market should not be conflated with ‘state collapse’ or ‘state failure’; it is a functional political system – it competes with, and sometimes even displaces the process of state building in many countries. It is a distinct system: neither a colonial relic, nor a system necessarily destined to be replaced by the bureaucratic, centralized, and territorially bounded institutional arrangements which characterize the ideal state in political theory. 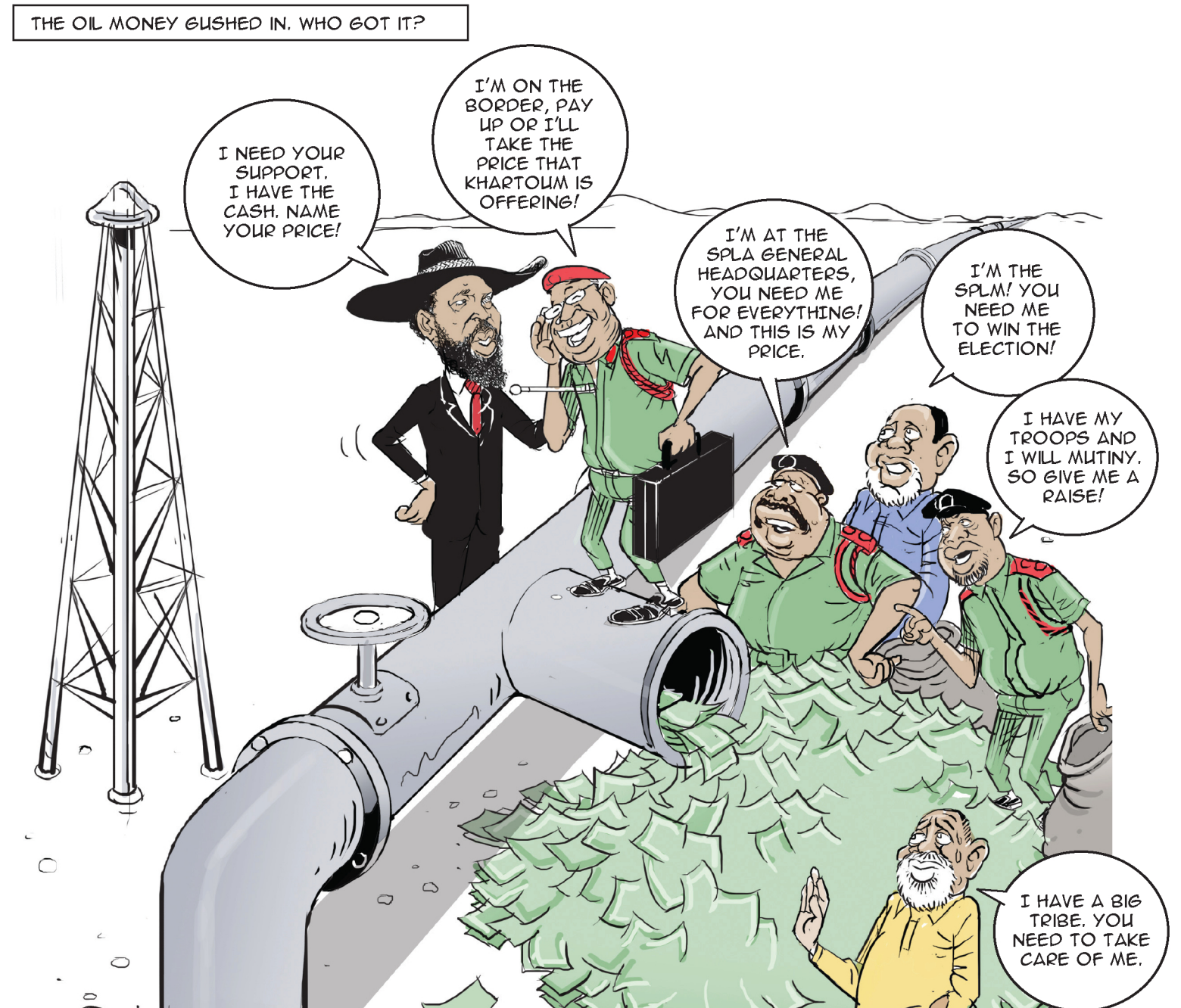 Changing the framework of analysis

The existing literature on mercenaries in Africa is extensive but incomplete. Most writing on the topic can be classified into two broad camps (with notable exceptions): the first camp is predominantly ‘operational’ – it describes the fluid world of PMCs and individual mercenaries, and the role that they have played in different conflicts, but does not attempt to conceptually analyze these (see for example Singer 2003; Ortiz 2010; Fitzsimmons 2013). The second camp examines mercenaries in the context of neo-colonialism, state building and state failure, highlighting the role that they play in hollowing out democratic processes (Reno 1997; Musah 2002; Avant 2005).

Broadly, both camps treat mercenarism and privatized militarism as external to political systems: according to them, the emergence of mercenaries hinders the development of representative, accountable institutions and the creation of a monopoly over the use of violence within states. In short, mercenarism weakens the state, and allows the unacceptable entry of market forces into spaces of governance. This is, of course, a useful perspective (if an ahistorical one), but one that presumes all states to be on a long term path towards an ideal statehood. If, in reality, some African states display distinctive forms of political organization (such as the political marketplace), the role played by mercenaries in the political evolution of these states must also be reexamined.

The modern mercenary, I hope to argue, can be understood to be a component of the globally integrated political marketplace. Mercenaries emerge in response to supply and demand in the political market, but simultaneously influence the marketplace, reconfiguring and in some cases distorting price setting mechanisms. Anti-piracy operations off the coast of Somalia are an excellent example: In the mid 2000’s piracy became a way in which Somali political entrepreneurs extracted ‘rents’ from foreign ships to fund their political budgets. Services and training provided by PMC’s in guise of anti-piracy assistance were funneled into piracy operations by the Somali elite (Hansen 2008). In turn, this led to the employment of PMC’s by shipping companies for maritime protection services. As piracy became too costly or dangerous due to international navy patrols, political entrepreneurs who had formerly been the head of piracy networks began offering their services as counter-piracy experts and governmental anti-piracy envoys instead (UNMG 2012). In other words, PMC’s began operations because of particular incentives within the Somali political marketplace, yet their involvement reconfigured the marketplace.

We envisage three different components to this research: the first will examine the nomenclature of privatized security and mercenarism and their contested legality; the second will outline Africa’s historical experience of mercenary activity and set out why this recent surge of activity is conceptually different, and the last will consist of in-depth case studies of one or two countries where PMC’s have been active. We hope that this research will result in a conceptual re-examination of mercenary activity as a useful marker of political reconfiguration.

De Waal, Alex. 2015. The Real Politics of the Horn of Africa: Money, War and the Business of Power. Cambridge: Polity Press.

Musah, Abdel–Fatau. “Privatization of security, arms proliferation and the process of state collapse in Africa.” Development and Change 33(5) (2002): 911-933

[1] In this note, I refer to PMCs as mercenaries, although they fall outside the restrictive definition of the term used in the 1989 UN International Convention Against the Recruitment, Use, Financing and Training of Mercenaries.