The danger of researching ‘in silos’: lessons from the Chinese famine of 1876-9 Virtual issue of African Affairs on South Sudan 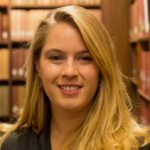 Should we treat mass violence in civil war situations as criminal violence or political violence? Is the individualization of criminal violence an appropriate method to deal with accountability for mass violence? Through the lens of African politics and focusing on the case of South Sudan, Professor Mahmood Mamdani led a public discussion examining these questions surrounding crime and punishment in the context of civil war. The lecture was held as part of The Mellon Sawyer Lecture Series presented by The Comparative Global Humanities Center for the Humanities at Tufts.

Since the independence of South Sudan in July 2011, violence and tension have increased. In 2013, violence erupted in Juba and spread, taking with it the lives of thousands in a matter of weeks. As a member of the African Union Commission of Inquiry on South Sudan (AUCISS), Mahmood Mamdani, along with other members of the commission traveled the country to assess the activities on the ground. In its report, the commission classified the violence in South Sudan as mainly criminal. However, Mamdani offered a minority view arguing that the violence was political. This division of conceptions between criminal and political violence, and what each requires from the state and constituencies in terms of seeking justice, provided the conceptual foundation of Mamdani’s lecture.

The outbreak of violence in South Sudan in 2013 was accompanied by various political motivations. One, identified by Mamdani, was the motivation of the South Sudanese political leadership to separate society into “us vs. them.” This strategy, he argued, turned the crisis from political to ethnic. While it had been common for neighboring tribes to fight over resources in the past, these tensions were exacerbated by external influences that emphasized tribalism over common culture.

Mamdani then traced the roots of tribalism in South Sudan back to the British colonial era. The British solution to ruling a multi-ethnic state with mobile populations, he argued, was to draw hard, territorial boundaries around identity. The system held ethnicity as an exclusive, as opposed to permeable, identity within a bounded homeland. The result, Mamdani asserted, was the politicization of ethnicity and fragmentation among groups, which directly contributed structural tension and mass violence.

The role of external actors has continued to influence the conflict in South Sudan. The failure of the Troika (EU, US, and Norway) to broker a lasting peace with the 2005 peace agreement, Mamdani argued, strengthened the armed dictatorship of the North and created an armed dictatorship in the South. “Only those with the capacity to wage war have the ability to determine peace,” Mamdani stated, asserting the role of external actors in creating an environment where impunity flourishes, and both external and internal actors become “too big” to be held accountable for their actions. If the demand for accountability is not enforced against the “big players” like the Troika, argued Mamdani, there can be no criminal accountability in South Sudan.

Tribalism, impunity, and violence created an environment where political violence flourished. Defining violence in this scenario as criminal, Mamdani asserted, will not create any lasting political reform. He highlighted the danger of the “one size fits all” mentality that reduces all violence to criminal violence. If all violence is treated as criminal, justice is reduced to a question of crime and punishment. One need not sacrifice context or principles to create a solution that addresses issues of political reform.

Mamdani concluded his remarks by arguing that the political foundation for the existence of a state has yet to be forged in South Sudan. “It’s unfair to call South Sudan a failed state,” he remarked, “when it’s a failed transition.” Mamdani argued that the AU and UN response to the violence in South Sudan, the brokering of the Comprehensive Peace Agreement, was inadequate, and questions still remain of how to create accountable structures, fight internal and external impunity, and find lasting peace in the country.