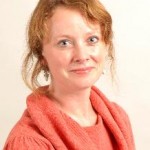 Claire Smith, a political scientist at York University and one of our collaborators on the how mass atrocities end project, has a new article out. In it, she examines the role of military intervention in Indonesia, placing it in context of other factors that helped produce an ending in East Timor. Below is the abstract and the full article is available through International Peacekeeping:

The paper challenges the theoretical and empirical orthodoxy surrounding the debate on international military intervention and mass atrocity endings, via an evidence-based analysis of the situation in East Timor in 1999. By combining existing but under-explored data on mass atrocities with eye-witness accounts, new key informant interviews, and a detailed review of secondary sources, we demonstrate that the wave of militia-perpetrated violence in September 1999 was extinguished prior to the arrival of international military forces. We demonstrate the unique effect of national political factors, when combined with the pressures of international diplomacy, which combined to end mass atrocities in this particular case. We find that the Indonesian regime was not a uniformly recalcitrant regime opposed to ending the atrocities, and demonstrate how factors operating across the national and sub-national levels combined to force the Indonesian leadership to bring the militia perpetrators of this brutal episode of violence under control. Through our new empirical analysis, and the alternative explanation we present to explain endings of mass atrocities in this case, we challenge the tendency to focus on international military intervention as the means by which mass atrocities come to an end.