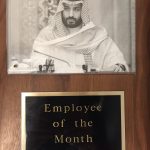 By World Peace Foundation On December 7, 2017

It was only a matter of time before the Saudi ruling family earned the honor of the WPF “employee[s] of the month.” The Saudis regularly inspire us in our work: their support of Wahhabism worldwide, premier role as recipients of bribes in the global arms trade, and their general conduct of the war in Yemen, for instance, help keep us focused on the need for world peace. Even their triumphs, like the newly minted right of women to drive give us pause (one can celebrate for the women who will benefit, but it also serves to pinpoint the country’s position on the map of women’s rights) to consider them on a regular basis for the honor of being our EOM.

Further to the point, is the central role of the state-family at the center of the country, enshrined in the Saudi ‘constitution’ – a document worth engaging in the not so time-consuming commitment of reading it in its entirety.

The constitution places no limits on the King’s power, provided he can justify his actions as consistent with Islam:

“Article 1: The Kingdom of Saudi Arabia is a sovereign Arab Islamic state with Islam as its religion; God’s Book and the Sunnah of His Prophet, God’s prayers and peace be upon him, are its constitution, Arabic is its language and Riyadh is its capital…”

We suggest you then move on to Articles 5 – 13 which concern, ‘The Monarchy’ and ‘The Family.’ Also relevant is Article 65: “The King may delegate prerogatives to the Crown Prince by Royal decree.”

This brings us to the EOM awardee for December: Crown Prince Mohamed bin Salman. Appointed Crown Prince in June 2017, his primary positive trait is being under 80 years old—a rarity for Saudi rulers. The ways in which he focused his energy of late drew our attention.

In November, the young Crown Prince took decisive action against hundreds of the country’s elites, accusing them of corruption and locking them up in the Ritz-Carlton. Many have subsequently been released after agreeing to pay back their ill-gotten millions to the State (i.e. the Royal Family). Not so much an anti-corruption drive, as a shake-down. Their five-star detention center is not our foremost concern, but rather the shocking double-standard in who suffers for an affront to the crown: royals who embezzle millions get incarcerated in the Ritz, while civilians in Yemen (as discussed below) get starved to death. It is not hard to believe that most of the forced residents of the Ritz are criminals, but so too are their jailors.

Prince Mohamed also kidnapped the Prime Minister of Lebanon, Saad Hariri, who dramatically announced from Riyadh that he was resigning, as the Saudis tried (and failed) to install his elder brother in his place. “We are not herds of sheep or a plot of land whose ownership can be moved from one person to another,” responded Lebanon’s Interior Minister Nohad Machnouk, a member of Hariri’s party. French President Emmanuel Macron journeyed to the Saudi capital to remind the Crown Prince that one simply doesn’t kidnap other country’s leaders, and would he please let the Lebanese head of government continue in his role? Following his departure from Saudi grip, Hariri later announced on December 5th that he wasn’t resigning after all.

But the most compelling reason to award this month’s employee of the month is Mohamed bin Salman’s decision to further escalate the war in Yemen by tightening the blockade. This move significantly increased the risk that millions of Yemeni civilians, already facing severe shortages in food and humanitarian supplies, and suffering a cholera epidemic unequalled in recent times, would have their chances of survival intentionally diminished. While the children of Yemen are dying, the Saudi-led coalition is turning away ships laden with the supplies that could save lives, as Reuters reported on December 6:

The shortage means areas hardest hit by war, malnutrition and cholera lack functioning hospital generators, cooking fuel and water pumps. It also makes it harder to move food and medical aid around the country. At least one in four people in the nation of 28 million is starving, according to the United Nations, as a three-year civil war, stoked by regional foes Saudi Arabia and Iran, rages on.

The blockade of Yemen began in 2015, with the positioning of Saudi warships in Yemeni waters, but was further constricted following the November launch of a missile from Houthi insurgents in Yemen to an area near Riyadh—the actual impact of which is contested. What is clear, however, and with ample advance notice from humanitarian aid agencies is that the blockade is devastating the civilian population. OCHA reports that 17.8 million people have insufficient food and water, while the entire country is in a downward spiral of destitution. A joint appeal by leaders of UN humanitarian organizations released on December 2 stated: “Yemen remains on the cusp of one of the largest famines in modern times.”

Ignorance is no excuse. If the world had a criminal court capable of taking on powerful actors, Mohamed bin Salman would find his place in the docket charged with crimes against humanity for his role in perpetrating this famine crime.