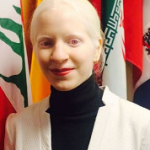 Including Women, Excluding Migrants, and Reimagining National Belonging in the GCC

The last eight months have been momentous for Saudi women. In September 2017, the Kingdom lifted its longstanding ban on women drivers with the decision to come into effect this June. And just last week, Riyadh announced it would recruit women into soldier-level positions in the capital, Mecca, Madinah, Qaseem, Aseer, Al Baha and the Eastern Province. While they are most certainly to be assigned non-combat roles, the inclusion of women in an institution that is traditionally male-dominated around the world is of note in a country where un-related men and women are expected to adhere to strict segregation in public spaces.

Indisputably, these developments constitute a crucial aspect of Riyadh’s broader national reform agenda, as led by Crown Prince Mohammed bin Salman. Within the wider regional context of the Gulf Cooperation Council (GCC), they mark the long overdue acceleration of a trend towards improving citizen women’s participation in the economy and public life. Yet, improvement in the lives of half of the region’s citizens cannot be understood if we ignore the demographic reality that roughly 49 percent of GCC residents are foreign nationals, at least a third of whom are noncitizen women.[1] An important question is whether state policies aimed ostensibly at women’s empowerment represent an exercise in national inclusion or nationalist retreat?

In their own mutation of the global resurgence of anti-immigration, populist nationalism, the Gulf states are reshaping national identities for the 21st century. The threat posed by the ‘demographic imbalance’ of noncitizens, the lingering prevalence of trans-and sub-national tribal and sectarian identities among nationals; and the impact of Gulf state involvement in regional wars, has led to the push for a “new nationalism” which envisions a better trained and entrepreneurial citizenry playing a more active part in public life. This re-imagining of national identities moves away from previously central fault lines of socio-political organization, such as religion and tribe, to conceptualize belonging within the more inclusive frame of citizenship.

The participation of citizen women has therefore become an increasingly important aspect of the effort to refashion both reality and image away from an Orientalizing narrative of tribal conservatism towards one of neoliberal modernity and progress. In recent years, women in the six countries of the GCC have made remarkable strides in the educational, economic and political realms. According to the Global Gender Gap index, women citizens throughout the region are well-educated by international standards, and in the case of Kuwait, Bahrain and Qatar, are more likely than their male counterparts to pursue secondary and tertiary level education. In the political arena, while women remain significantly under-represented in both legislative and executive decision-making positions, since the 1990s, they have progressively, if slowly, gained increasing access to the ballot box and to public office. Although women’s participation in the labor force remains rather low, governments in the Gulf have recognized the need to ameliorate the situation both as a means to achieve economic diversification as well as cement more inclusive forms of national belonging.

Nonetheless, in at least two key areas, progress has been much slower: women’s status in citizenship and personal status laws. Not unlike other parts of the world, citizenship and belonging in the GCC states is defined in essentially gendered and racialized terms, with a heavy emphasis on the family and patrilineal descent as determining who belongs to the nation and who does not. Stipulations in the Kuwaiti, Emirati and Qatari laws, designate as nationals the descendants of those who were settled in the territory of the modern states prior to 1920, 1925 and 1930 respectively.[2] Following a jus sanguinis principle, citizenship is transmitted solely through the male blood line.

Thus, unlike their male counterparts, female GCC citizens cannot pass on their nationality to their non-national husbands and children. They are instead the gatekeepers of the national family. While the children of Emirati women married to non-Emiratis may be granted citizenship, their spouses are still ineligible. And although Qatar’s 2017 decision to grant permanent residence status to some expatriates was widely lauded as novel, in the case of Qatari women married to foreigners, the decision benefits only their children, not their spouses. And of course, being granted permanent residency is hardly the same as being considered a citizen. This gendered bias in nationality laws can also be traced through to the region’s personal status laws, which–far from uniform across the GCC –discriminate against women in cases of marriage, divorce and child custody. While the Saudi law requiring a woman to obtain a male guardian’s consent for nearly every family, educational, and professional decision lies at an extreme, the more liberal law in Kuwait also still condones disciplinary violence against women by husbands, fathers, and brothers.

This burden of national preservation is compounded by the presence of a large noncitizen population, which in the case of Kuwait, UAE and Qatar, far outnumbers citizens. The kafala system governs the relationship between citizens and foreigners by conferring upon the former the legal and financial responsibility for the latter’s presence in the country—always on a short-term, if renewable, contract basis. Contrary to common perception, it is not as though the Gulf states have no legally defined paths to citizenship for noncitizens. They do. But these set the criteria for eligibility extremely high and, in practice, are administered arbitrarily at the political convenience of rulers and Ministers of Interior. For instance, the previously mentioned decision by Doha to grant some foreign residents permanent residency– providing access to free healthcare and education as well as the right to own property– applies only to those who have provided “outstanding services” to the country. Not unlike the reactionary re-emergence of popular nationalism in Europe following the migration and refugee ‘crisis’, concerns over loss of local culture discourages serious considerations of policies aimed at social and political integration of foreign residents—even if they are married to citizen women. Just take a look at the criteria Saudi women must fulfill if they wish to join the military: they cannot be married to a non-Saudi.

Counterintuitively then, steps towards women’ political and economic inclusion serve to reinforce the citizen-noncitizen distinction, by ensuring that such empowerment does not displace their burden of national preservation. Specifically, GCC women’s inclusion—welcome on all accounts—has the potential to exacerbate racialized/ethnic exclusion, while obfuscating the continued primacy of gendered hierarchies that privilege men. Inclusion on one front perpetuates exclusion on another. This compartmentalization of women’s rights discourse and policy within a nationalist frame of reference is perhaps best illustrated through the mainstream discussion about noncitizen women.

In Kuwait in early February 2018, the tortured body of 29-year old Joanna Demafelis was discovered in the freezer of an abandoned apartment, reigniting the diplomatic row between the Philippines and the Kuwait Government over the treatment of migrant workers. Human Rights Watch’s criticism of Manila’s subsequent migration ban for failing to address the root causes of domestic workers’ abuse identifies the kafala sponsorship system and current labor regulations, but not the wider issue of gender-based violence affecting all women, as the key problems to be addressed. Much of the local media response (in local English language dailies) has been geared towards the rights of expats. Beyond this tragic case, more general analyses of migrant women’s status in the GCC and policy relating to their rights also tend to emphasize their role as foreign workers over their gender.

Notwithstanding the rightful outpouring of outrage, what is interesting about the language employed when speaking of migrant women in the GCC is that it silos their lives into a category separate and often oppositional to that of citizen women. Deliberate or not, to speak of women’s rights is to refer, even if subconsciously, to citizens. To speak of the rights of migrant women is, first and foremost, a reference to the foreigner. To be sure, the cognitive segmentation of mainstream discourse along lines of nationality is far from unique to the Arabian Gulf. But while nationality laws, personal status laws, and migration policies affect the lives of all women in these countries, even if asymmetrically, the manner in which we speak about them obfuscates the common source of inequity faced by both citizen and migrant women in the intersection of gender and nationality.

Yes, for the vast number of Indian, Filipino, Sri Lankan, Ethiopian and other women residing in these countries, particularly those employed as domestic workers, remedying the dearth of fair legal provisions governing their status and rights is a major priority. And yes, this is at first glance a very different issue from those being tackled by activist groups focused on women’s civil and political rights. But the difference ends at the definition of the agenda. At their root, it is the gendered conceptualization of the nation that circumscribes the experiences of both.

The crucial question to follow then is whether or not women and migrant rights’ activists in the region are able and willing to jointly mobilize on the basis of this commonality. The structural reification of the citizen/noncitizen dichotomy, rather than some malicious and deliberate outcome of an individual institution or policy, limits the scope and potential of activism for the rights of both citizen and noncitizen women. To allow what amounts to a nationalist feminist discourse to go unquestioned, would be a missed opportunity for both citizen and migrant women.

[1] Estimate based on nationality, age, and gender data collected by the Gulf Labor Markets and Migration Programme of the Gulf Research Center in 2015 excludes the UAE.