We can control where weapons go? Video: The Arms Trade and the War in Yemen explained by Sam Perlo-Freeman 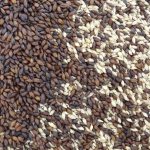 Endorsed by members of the Tufts University community

Famine is an age-old scourge that almost disappeared in our lifetime. On the basis of our relevant scholarly and professional expertise, we, members of the faculty, staff and students of Tufts University, make the following declaration about the grave public ill that is famine, and our responsibility, as a university, a nation, and members of the international community, to end famine once and for all.

Between 2000 and 2011 there were no famines. Deaths in humanitarian emergencies have been much reduced. This progress is partly due to greater expertise in predicting, preventing, mitigating and responding to crises before they reach famine. International humanitarian law is stronger. Humanitarian lesson-learning is more robust. Over a generation, the humanitarian agenda was ascendant.

Yet famines have returned. In 2017, the United Nations identified four situations of acute food insecurity that threatened famine or breached that threshold—in north-eastern Nigeria, Somalia, South Sudan and Yemen. Today Yemen is the most severe crisis. Several additional countries may also be at risk this year and next.

The return of famine has revived myths that must be debunked. Famine is not the product of drought or overpopulation; it is not particular to Africa; it is not just a severe version of hunger. Famines are multi-causal; they occur when different kinds of adversity combine to create a vortex of calamity: agro-climatic, economic, conflict- and governance-related, and increasingly, failures of states and international actors to intervene in a timely manner. Even while global indicators for poverty, hunger, nutrition and health are improving, for some populations matters are worsening.

Above all, political choices have driven famine’s re-emergence in this century. Some famines derive from intentional political and military decisions, while others are allowed to develop because the most powerful actors have other priorities, such as security, that overrule an effective response.

Every famine today is occurring in the context of armed conflict. Indeed, all result from military actions and exclusionary, authoritarian politics conducted without regard to the wellbeing or even the survival of people. Violations of international humanitarian law including blockading ports, attacks on health facilities, violence against humanitarian workers, and obstruction of relief aid are all carried out with a sense of renewed impunity. Famines strike when accountability fails.

Addressing this demands a new infusion of resources and energy, to ensure that there is sufficient political will to end the political and military practices that cause famine.

At a time when more authoritarian, militaristic, xenophobic and cynically self-interested politics are on the rise, we must defend the humanitarian imperative and the right of life and dignity.

Our ultimate goal is to render mass starvation so morally toxic, that it is universally publicly vilified. Because mass starvation demonstratively can be ended, it cannot be tolerated. We aim to make mass starvation unthinkable, such that leaders in a position to inflict it or fail to prevent it will unhesitatingly ensure that it does not occur, and the public will demand this of them.