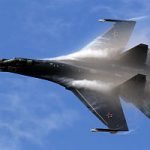 Corruption in the Russian Defense Sector

Our latest report from the Global Arms Business and Corruption program is “Corruption in the Russian Defense Sector” by Polina Beliakova and Sam Perlo-Freeman. As the authors note in the Conclusion,

While corruption can be considered a core element of the Russian political system, which is in many ways designed to put the State’s resources and major sectors of the Russian economy (especially energy and banking) at the disposal of President Putin and his inner circle, the types of corruption discussed in this report take a form that Putin would be unlikely to smile upon: they are “unauthorized” acts of corruption, typically by intermediate-level officials, officers and businessmen, that impair the development of Russian military capabilities, a core goal of the government.

What this picture does not make clear, therefore, is the extent and nature of the corruption that is “authorized”, or considered a regrettable but necessary part of keeping enough people at different levels happy; alternatively, those cases that are investigated and punished, but are for whatever reason kept out of the public domain.

The below excerpt is from the Introduction, and provides an overview of the issues and structure of the paper, which is available in full as a pdf here:

Today, Russia is the world’s fourth largest military spender and second largest arms exporter. Their arms industry is probably the third largest in the world, after the USA and China. The Russian arms industry, despite its current strength, must be viewed within the legacy of the USSR. The current Russian state inherited a significantly wounded, but still powerful system of arms production and export. However, along with an aging industrial infrastructure and global relations with importing countries, Russian leaders were endowed with an arms industry rife with corruption that pre- dated the fall of the USSR and metastasized in the chaotic years that followed. Today, corruption still constitutes a significant problem facing the Russian arms industry. This report discusses publicly available information on corruption in the Russian defense sector, especially the arms industry, identifying key cases of corruption that have become visible in recent years, in particular since 2008, when Russia’s current set of military reforms, and major rearmament drive, began.