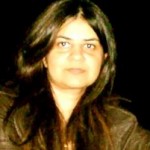 This is part two of a three-part article. Part one can be found here, and part three is forthcoming.

Reacting against their western attire at times trolls start lecturing young women artists about the Afterlife and Judgment Day as if they are addressing a Friday congregation at Badshahi Mosque. Such online culture has to be understood within the context of gender nationalism: cultural constructions, representations, ideologies, histories, particularly in postcolonial societies that define male and female gender identities in direct juxtaposition of nationalism. Historically, gender and nationalism have remained quite relational.

Patriarchy takes horrible forms when religion, nation state and ideologies are brought in as alibis. Gendered nationalism is mainly a product of masculinist notions of self-determination and autonomy that constructs national identity and solidarity. Women’s understanding of what is self-determination, identity, solidarity of a nation is hardly ever featured in nationalist movements. Pakistan is not any different – its nationalism too is a masculinist interpretation. Men assume that it is their prerogative to define and delineate national identity. Quite interestingly historians have highlighted that women trust the idea of a nation-state believing that it can guard their rights. Unfortunately when an independent state is formed women are not allowed to define its values or play any intellectually independent role therein.

Pakistani nationalism is a masculinity driven project largely due to struggle against British imperialism and colonization. At the time of partition of India in 1947, men fought and got killed, but as captured by Sabiha Sumar in her film ‘Silent Waters’ –terrified men on all sides of the religious divide: Muslims, Hindus, and Sikhs made women commit group suicides to pre-empt gang rapes and to preserve community honor. During struggle for an independent Muslim land i.e. Pakistan manhood had become associated with patriotism and women were placed on a pedestal; preserved and exalted. Men were expected to accept death/martyrdom while saving their women and honor. Therefore masculinized religious nationalism has emerged as a direct consequence of resistance against colonialism and violence against Muslims at the time of partition.

Pakistan’s gender nationalism also allowed the emergence of socio-political constructions, such as that of enemy men being ‘cowards’ and enemy women being ‘hyper sexualized’ (in direct opposition to Pakistan’s own ideals of brave/noble men and veiled/moral women). In Khoobsurat (2014) a smiling Pakistan watched some onscreen romance between its television hero Fawad Khan and Bollywood diva Sonam Kapoor – but went crimson on seeing a photo of its ace actress Mahira Khan with Bollywood star Ranbir Kapoor in a street (2017). The dualism based on gender cannot be missed. Pakistan’s state and non-state elements predominantly insist on seeing women of Pakistan in ways that represent the country’s Islamic historical and constitutional basis. What Pakistan finds so ‘discrediting’ for its women artists, it simultaneously receives as a norm i.e. totally acceptable for its men.

Men decide on the parameters of the functioning of the State and make women the representatives of this value structure. Men, be they politicians, executives or actors, freely choose and style themselves as they deem fit. In fact, Pakistani Muslim men in western business suits, ties and boots is a non-issue. On the contrary, Pakistan has always expected, even from its western educated women politicians and executives (such as, Benazir Bhutto, Maleeha Lodhi, Shireen Mazari, Hina Rabbani Khar etc.) to be in traditional attire when in service of the State and/or Government (or any place where a snap shot can be taken, meaning even when with family and friends). Imagine if the state apparatus can have wardrobe expectations from its elected women elite, what expectations is the nation likely to have from young women artists? Any deviation leads the whole nation to question the sincerity of women artists with Pakistan (and by extension Islam, as officially the state is an Islamic Republic). This is just to put things into perspective.

There is ambivalence yet a conscious willingness to move away from the dictates of biological sex that affect social living or defines it in restraining ways for women, in particular. In many ways Pakistan has officially begun to do this through increased military recruitment of women as combatants. However this is not to allow her feminine being more freedom of choice or self-expression but to mainly use the female body in direct service of the State as and when it wants it.

Any individual with access to technology and digital options is an actor exerting one’s own ‘agency’ and playing a certain role in national and global space. These individuals interact with the environment on their own terms through Instagram, Facebook, You Tube, Twitter, Tinder, Snap chat etc. sharing their own viewpoints and perspectives – their own definitions of personhood, and lived experiences.

Inside Pakistan women’s consciousness about their own economic status has gradually increased. They have questioned their reproductive role and are increasingly becoming autonomous in preferring work and economic independence and ‘personal’ status over marriage where the same i.e. financial standing and social /occupational status can be gained (or lost or denied) through a husband. Accordingly, their understanding of self, personhood and body is getting redefined. An aware, educated, urban Pakistani woman has started determining her own existence in ways she understands her place should be in society, even if this means opposition, resistance and rebellion. She has matured and realizes that her identity is not restricted to her nation and/or religion but that she has a fully functional occupational identity. This provides her the confidence to redefine the parameters of the presentation of her ‘self’ in the public domain.

In order to achieve professional growth and excellence within any occupation, men and women need to take certain measures. And why not? For example, not all doctors specialize but those who do are able to achieve certain professional stature. Each year many young Pakistani doctors take advanced level medical examination for employment in the UK and US. They walk this path in order to compete with the best and excel in their profession. Then the question is: why should Pakistani women in the entertainment industry not do what their ‘occupation’ requires them to do (as long as they themselves are comfortable)? It must be recognized that these women have a fully functional occupational identity i.e. that of ‘performing artists’; that they are functioning in a global context, (not only in Pakistani); and professional opportunities for them exist regionally and globally (not only inside Pakistan); and that these women artists have the right to ‘appear’ and ‘express’ their talent in whatever ways they consider fit. The fact that Pakistani women can be actors, directors, producers, screenwriters, means that they just like men are professionally engaged and paid in creative jobs. These women artists work hard to become accomplished – just as in the same Pakistani society, female teachers, doctors and even farmers (in rural economy) are working long hours to achieve outcomes and earn a livelihood.

Professional Pakistani women today are most likely driving vehicles that they’ve purchased themselves; living in houses that that they themselves can afford to buy or rent. These independent women pay their income and wealth tax returns to the Government of Pakistan and should have full rights to exist as free individuals with their own independent social standing and stature. Unfortunately, Pakistan the state and the nation falls short of providing full recognition, and respect to the occupational identity of these women artists. Differences between male and female bodies are real – but five decades of feminist struggle has believed that these physical differences should not allow us as a human race to deny equal employment and occupational opportunities to women. This entails not only that women and men have equal chances at the time of recruitment – but also that they have equal opportunities to excel and prosper in their profession. Yes, gender and nations are relational identities but Pakistanis are only prejudiced against the female gender. Pakistan does not judge its men for wearing trousers and shorts (otherwise not at all acceptable according to Islam’s prescriptive dress code). It is time that Pakistan stops judging its women on their wardrobe choices

As an Islamic Republic, Pakistan treats its women as responsible ‘individuals/adults’ liable to pay all government taxes on incomes, savings, investments and property. A Pakistani Muslim professional woman is not expected to hide behind her wali or male guardian (and /or chaperone) on this account and claim exemption from taxes. If the expectation that she be duty-bound and clear all dues to the State and Government of Pakistan is warranted than so is the expectation from the State and Government of Pakistan to be rights-bound and thereby safeguard women’s freedoms while protecting them against any forms of harassment in the real and/or virtual world.

Part one of this three part essay can be found here, part three is forthcoming.