Commemorating Starvation in the 21st Century, part 1 Recommended reading: U.S. Military Support for Saudi Arabia and the War in Yemen

This is part 2 of our blog series on Alex de Waal’s “Commemorating Starvation in the 21st Century: Address given at Quinnipiac University on October 11, 2018.”The full essay is also available as a pdf.

The second latent insight in Lemkin’s formulation is that mass starvation is not just an instrument of killing individuals in large numbers, but of killing a way of life. We can be more specific. Famine in an agrarian society is a threat to a peasant political economy, which we must understand to include a collective value system.

This is something I studied more than thirty years ago in my fieldwork during and after the famine of 1984-85 in Darfur, Sudan. In trying to make sense of how villagers and livestock herders responded to that famine, how they formulated what were called at the time ‘survival strategies’, it became clear to me that their priority was to preserve their way of life. 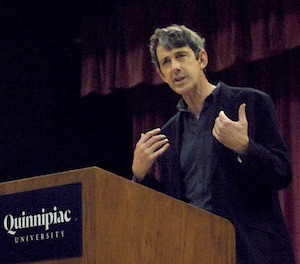 I began my fieldwork with the implicit hypothesis that people afflicted by famine would do all that they could to preserve their lives, and the lives of their children—who were of course especially at risk. And of course they did search for food, and seek medical help for the sick. But they were often very fatalistic about their chances of preserving life. They saw the odds of surviving or dying as something of a lottery, or as being in the hands of God. Which was in many ways rational because the infectious diseases that were the proximate cause of death in most cases were not subject to individuals’ control, or even mitigation.

What people were not fatalistic about, and to the contrary were extremely thoughtful and proactive about, was their livelihoods and their social networks. Their responses to the threat of famine and the stresses of famine made sense if we understood that their priority was to sustain a dignified way of life that allowed them an element of autonomy, sustainability and social respect.

In the immediate aftermath of that famine, what was most striking was the extent to which people had survived. The enormous death toll that had been predicted—half a million or more—had not materialized. The best estimates for the excess deaths were about 100,000, a terrible toll, but many fewer than the catastrophic expectations.

Over the following years, however, what gradually became clear was the wider and deeper societal damage inflicted by the famine. People had survived, but the collective aim of keeping their society intact, with its cherished values of reciprocity between farmers and herders, and the coexistence of different ethnic groups sharing the land, had not been achieved. The impoverishment and migration of the famine years, the indignities and inhumanities that undermined families, took their toll on the social fabric. In other famines in such societies—including in other parts of Sudan—famine was followed by carpet baggers and land grabbers, who moved in to profit from the misery. Capitalists and government officials, hand in glove, dragged villagers through the mangle of modernity to create an agricultural proletariat working for wages on the land they had formerly cultivated as their own. That is the standard track for societal transformation accelerated by hunger.

But Darfur was too far away and too remote to be of interest to Sudan’s merchant farmers. Instead it became prey to proxy warriors from the neighbouring countries of Libya and Chad, a sideshow of the Cold War sideshow that was the French-American covert war to punish and contain Colonel Gaddafi, left to fester for fifteen years until it ultimately erupted as a war in its own right, its savagery wholly disproportionate to the ostensible political stakes of the Sudanese protagonists, whether rebels or government.

The Darfur famine of 1984-85 was neither engineered nor desired by the Sudanese government. The president of the day, Jaafar Nimeiri was responsible for failed economic policies that had bankrupted the country, but he was not responsible for the severe drought that coincided with the severe economic recession and debt crisis. However, Nimeiri didn’t care: he was more concerned with his own political survival than with the lives and livelihoods of the poor and drought-afflicted people of his peripheral provinces, and he refused to mobilize his government—which had considerable expertise in relief operations—or to call for international aid. For sure, he was culpable.

A famine that followed a few years later, in southern Sudan, had a different mix of features. This was a counter-insurgency famine, brought about by the scorched earth policy of a vicious militia war against the rebellious southern Sudanese. It was visibly different in its effects. Whereas the Darfurian villagers during the drought had been able to sell their assets, albeit at firesale prices, to buy food, the southern Sudanese had lost all their possessions to savage raiding by militiamen. Whereas the Darfurians had been able to gather wild foods, wander from village to village seeking charity or paid labour, or find better-off relatives in the towns, the displaced southern Sudanese were denied all these means of surviving. As a consequence, while the death rate of the Darfurians during the 1984 famine went up by a factor of about 2.5, for the displaced southern Sudanese in the summer of 1988, the death rate went up by about 100, sometimes 200. It was as much as two orders of magnitude worse. And whereas Darfurian children had died from the effects of infectious diseases working on malnourished bodies, southern Sudanese children and adults literally starved to death.

This was starvation as policy. It was a deliberate act that led my colleague David Keen to write a book entitled The Benefits of Famine, and led me to write that the verb to starve is a transitive and criminal. But it was similar to the Darfur famine in two respects: it was an assault on a way of life, and the societal destruction it brought in its wake contributed to a deep and protracted social crisis in southern Sudan, which was in turn the troubled inheritance of the independent nation of South Sudan, born a quarter of a century later.

One of the first visitors to the camps for the displaced, starving southern Sudanese fleeing the famine zone, was the journalist Deborah Scroggins. After returning to her hotel in Khartoum she describes how she stared at her typewriter for a long time before beginning finally to write. She wrote, ‘These are places so sad that the mind grows queasy trying to understand them.’

In Theses on the Philosophy of History, Walter Benjamin quoted a hauntingly similar line from Flaubert: ‘Few will be able to guess how sad one had to be in order to resuscitate Carthage.’

Like Rafael Lemkin, Walter Benjamin was keenly aware that the march of European fascism was carrying the baton of colonialism, differing mainly in that the Nazi battalions were now trampling over Europe itself, because the territories of the rest of the world were already conquered, and there wasn’t enough land on the planet to satisfy imperial greed.

Benjamin wrote that it is the duty of the historian to wrest the narrative of history away from the march of the victor, to imagine the alternative futures that would have been possible had the vanquished survived. This is not only imagining the unlived lives of the aggregate of those who died, but also, in his words, ‘brushing history against the grain’: imagining the alternative societies that they might have sustained created. Benjamin writes,

Only that historian will have the gift of fanning the spark of hope in the past who is convinced that even the dead will not be safe from the enemy if he wins.

I am reminded of Benjamin’s words, reading the publications of a colleague, a social anthropologist who first travelled to Yemen in 1971. She is Martha Mundy, professor emeritus at the LSE. Most recently she has been collecting data on the bombardment of civilian targets in Yemen by the aircraft of the Saudi-Emirati coalition, supported with arms, technicians and diplomatic cover by the American, British and French governments. On October 9, 2018, we at the World Peace Foundation published a report on aerial bombardment and the food war in Yemen that she had written.

Martha Mundy’s presentation begins with a time when Yemen was nearly self-sufficient in food; when agriculture and fishing were thriving, when people preferred to eat what had been grown locally rather than acquiring a taste for imported wheat, when the skills for maintaining complex irrigation and terracing systems were both prized. That is a world that is on the brink of being lost, not only in the current harrowing of the country, but also more gradually in the attrition of the intervening decades during which Yemenis have become subordinate to the oil economies of the Gulf.

Summon up an image of the Yemen famine and it will be an image of an arid landscape, the trees cut down, the water gone, the land stony. We tend to think of such aridity as the cause of famine, but actually that desert is man-made, it is the outcome of the same process of societal destruction that has contributed to the famine, to the extent that the two—desertification and hunger—are now locked together in an embrace.

Yemen today is, I suggest, the defining famine crime of our generation.

The necessary prologue to the story of this famine is the sadness of seeking to resuscitate the lost Yemen, with its once bright hopes for its own future. But the main drama is the active, deliberate and relentless destruction of a country under the rubric of counter-insurgency.

Saudi Crown Prince Mohamed bin Salman launched his war in Yemen three and a half years ago, on the grounds that a rebellion by the Houthi minority was actively backed by Iran and was thereby an imminent threat to Saudi Arabia. In doing so he misrepresented and exaggerated, for the purpose of his consolidation of power in his own kingdom. In this war of choice, Saudi Arabia was joined by the United Arab Emirates and subsequently by Sudan, Eritrea and Jordan; it has also hired mercenaries.

The strategy of the coalition campaign against Yemen could have been lifted from a colonial blueprint: the aircraft strike military and civilian targets in equal measure, including among the latter: agricultural extension offices, irrigated farms, fishing ports and fishing boats, clinics and hospitals, markets and roads. The artisanal fishing on the Red Sea coast, formerly a major source of livelihood—fish exports used to be Yemen’s second biggest earner after oil—is now almost totally at a standstill. The bombing raids are augmented by a blockade, which includes commercial food imports in a country that was, immediately prior to the war, dependent on such imports for 80 percent of its grains. It is also amplified by an economic war, which involved moving the Central Bank from Houthi-controlled Sana’a to Aden, and halting all payments of salaries to civil servants.

More than a million people have suffered cholera in by far the worst epidemic of modern times. The air strikes have destroyed at least one cholera treatment centre.

Yemen was poor, dependent on food imports and aid, with water scarcity, before the war. These facts were known to those who initiated the war, and who have sustained it.

The intent of the perpetrators of the famine in Yemen may not be to starve the Yemeni people to death. Most likely it is not. But the famine is a foreseeable outcome of the way in which the war is conducted, and they have taken no significant steps to change that. They are still culpable.