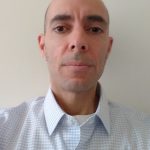 On December 6, Yemen peace talks began near Stockholm, Sweden. As we place our hopes for the security of the Yemeni people in the fragile prospect of a political settlement, we cannot allow ourselves to forget the crimes that have already been committed by the Saudi-led coalition and the U.S. under successive administrations. No peace agreement will erase their responsibility for the unimaginable suffering they have caused.

The intensive and sustained U.S. news coverage of Saudi Arabia’s role in the death of a journalist who worked for an American newspaper and resided in the U.S. might lead one to believe this to be the Kingdom’s most egregious crime. However, as tragic as the murder of Jamal Khashoggi is, debating U.S. policy in Yemen in response to his death is a terrible insult to the Yemeni people who have suffered for nearly four years now thanks to the relentless bombing and blockade of their country by the Coalition, as well as the bipartisan material support provided by the U.S.

Over the last four years, Coalition air attacks have indiscriminately and in some cases deliberately targeted civilians, civilian residences, civilian gatherings, and civilian infrastructure. Perhaps, we are most familiar with the Coalition’s August attack on a school bus using a 500-pound bomb that killed 42 children. Some of us might also remember the massacre of 155 people who were attending a funeral in August 2016. Still others will recall the attack on a Yemeni market in March 2016 that killed 97 people.

These are only but a few examples of the systematic and widespread disregard for human life in Yemen. Since the Coalition began bombing Yemen, the United Nations conservatively estimates that airstrikes have killed upwards of 6,000 people and wounded nearly 10,000 more. However, the Armed Conflict Location and Event Data Project estimates that 56,000 people in Yemen have been killed since early 2016, nearly a year into the conflict. It is anticipated that upon completing the research from March 2015 to early 2016 that the number of people killed will grow to 70,000-80,000. And these figures do not include those who have died from starvation, malnutrition, and disease.

The combination of Coalition attacks on Yemen’s infrastructure and the enforcement of an air and naval blockade has created conditions in Yemen that cannot sustain human life. The result has been famine conditions and incomprehensible levels of malnutrition, the spread of disease, and death. According to the UN Panel of Experts on Yemen, “The blockade is essentially using the threat of starvation as a bargaining tool and an instrument of war.” Alex de Waal, Executive Director of the World Peace Foundation, describes Yemen as “the greatest famine atrocity of our lifetimes” caused by the Coalition “deliberately destroying the country’s food-producing infrastructure.”

According to Mark Lowcock, the UN Humanitarian Chief, “The immune systems of millions of people on survival support for years on end are now are literally collapsing, making them – especially children and the elderly – more likely to succumb to malnutrition, cholera and other diseases.” Lowcock added, “We are losing the fight against famine….We may now be approaching a tipping point, beyond which it will be impossible to prevent massive loss of life as a result of widespread famine across the country.”

Save the Children estimates that 85,000 children under five may have died since 2015, with more than 50,000 child deaths in 2017 alone from hunger and related causes. Furthermore, pregnant women face the risk of life-threatening complications during childbirth. According to the UN Population Fund, “In a country with one of the highest maternal death rates in the Arab region, lack of food, poor nutrition, and eroding healthcare could mean an increase in premature or low-birth weight babies and severe postpartum bleeding, making the process of giving birth more life threatening.”

Even as the Coalition kills and wounds Yemenis, and undermines public health in Yemen, it has also directly attacked medical facilities and impeded their ability to function. By March 2016, as many as 600 facilities had stopped operating because they were damaged and lacked electricity, fuel, and personnel. More than 100 facilities were reported partially or completely destroyed. In September 2017, the WHO reported that only 45 percent of health facilities in Yemen were functional or partly functional. Among these hospitals, only 35 percent provide maternal and newborn services.

The Coalition’s direct and indirect attacks on the lives of Yemeni people has been coupled with the intentional destruction of Yemen’s immeasurably important cultural heritage. Together, these attacks on life and culture in Yemen represent all the elements of Raphael Lemkin’s triumvirate of genocidal methods—physical, biological, and cultural. Moreover, where lacking in explicit specific intent to destroy the Yemeni people, a cornerstone of the legal definition of genocide, the Coalition has acted, and continues to act, with foreseeable knowledge that its actions threaten the life of the group. Additionally, the ICTY Trial Chamber found that attacks on cultural property “may legitimately be considered as evidence of an intent to physically destroy the group.”

Jeff Bachman is a Professorial Lecturer in the School of International Service, American University.

One Response to Genocide in Yemen?